The late Bishop Fulton J. Sheen once preached a sermon in which he said, “However much we gain by what we call the advance in civilization, something has to be surrendered” “The empty soul which feels its emptiness seeks to put itself in a state of irresponsibility.”

Has anyone thought of a better explanation for the tragedy that fell on Littleton, Colorado recently?

President Clinton proposed the politician’s solution. He wants more money for emergency teams “to help communities respond when tragedy strikes.” He has it backward. What is needed are emergency teams to prevent tragedy before it strikes. Those teams are already available, and the only cost associated with them is time. They are called parents.

The empty souls of too many of our children are producing unfulfilled lives. Only a few resort to the type of violence that has horrified the nation, but many youngsters suffer an internal moral and emotional wasteland. if we are serious about the kind of intervention necessary to rescue the next generation, we will have to do something so radical it will be transforming.

Tipper Gore, who has been mute lately on music and music videos since she and Susan Baker launched the Parents Music Resource Center, emerged on the Sunday talk shows. Fourteen years ago, before her husband ran for president the first time and decided criticism of the entertainment industry was not good for campaign donations, Tipper Gore said, “Rock music has become pornographic and sexually explicit, but most parents are unaware of the words their children are listening to, dancing to, doing homework to, falling asleep to. Some rock groups advocate satanic rituals, the others sing of open rebellion against parental and other authority, others sing of killing babies.”

On Sunday Gore ducked a question from NBC’s Tim Russert about whether President Clinton should convene a summit meeting of CEOs whose companies produce violent and sexually explicit “entertainment,” saying, “it’s up to them to decide what to do.” This is leadership?

Why are so many teenagers so angry? it isn’t that they don’t have enough stuff. One of the alleged killers in Littleton drove a BMW. it is that parents are not giving them enough time. Love time. Quiet time. Quantity time. Supervisory time. With too many two-parent workers, children get the message that career and things are more important than they are. in their hunger for significance, they turn to other sources of fulfillment and other means of discharging the anger that builds up in them.

The solutions to this problem will be difficult and, for many parents, unpleasant. But when a house is burning, you are less concerned about water damage than about putting out the flames and saving the structure. 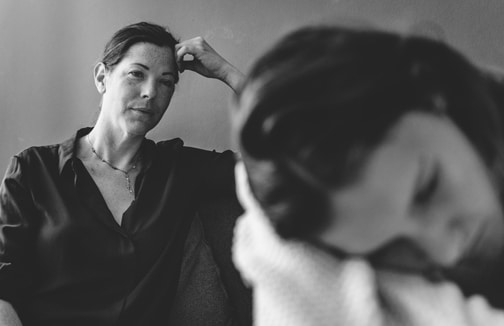 Many need to pull their children out of public schools and educate them at home or in private, parochial schools where they will learn that God loves them and they have a place in His universe. The television set should be tossed out of homes where children reside. Too many kids have TV’s in their bedrooms. They take in the garbage unsupervised. And similarly on the computer where parents need to install some kind of internet-filtration system that will keep unsuitable material from curious eyes. Parents and children need a steady diet of good books. The sound of silence and the transmitting of good ideas is preferable to what Aldous Huxley once said about radio in another era: “(It) is nothing but a conduit through which prefabricated din can flow into our homes. And this din goes far deeper, of course, than the eardrums, it penetrates the mind, filling it with a babel of distractions news items, mutually irrelevant bits of information, blasts of corybantic or sentimental music, continually repeated doses of drama that bring no catharsis, but merely create a craving for daily or even hourly emotional enemas.” How much more true of television.

Some parents may have to conduct search-and-destroy missions in their teenager’s room, tearing down posters that depict violence and sex, throwing out music CD’s with violent and hate-filled lyrics. But all this must be accompanied by a radical reversal of parental behavior. Parents must pledge to cease the pursuit of the golden calf and focus instead on repairing their damaged families.

Other formulas have failed. This will not. While shootings are rare, alienation isn’t. That we have surrendered civilization doesn’t mean we can’t get it back. But the process must begin now.