While shellshocked House Republicans wonder what became of their “revolution,” the Supreme Court has allowed the real revolution to proceed. By a vote of 8-1, the Court refused to block Wisconsin’s program that allows poor children to attend the private or religious school of their parent’s choice. The National Education Association, American Civil Liberties Union, People for the American Way and even the NAACP (whose constituents would be helped the most) fought to keep poor children locked in a hopelessly broken school system. They claimed that the Wisconsin program violates the Establishment Clause of the First Amendment. Their approach doesn’t put people first. It puts institutions first.

The Landmark Legal Foundation, which has successfully defended the Milwaukee Parental Choice Program since 1991, praised the decision as a “watershed victory for education reformers across the nation.” While the Court’s decision was limited to Wisconsin, it is bound to encourage the school-choice movement now percolating in more than half the states. The Court’s ruling comes not a moment too soon as fresh evidence of terrible and unrepairable schools continues to pile up.

In Alexandria, VA, figures indicate public school students scored below the state average on each of 27 new exams that eventually determines who graduates and which schools are accredited. Alexandria students on average got 53 percent correct answers on a high school English test. On a world history and geography test they did even worse. Only 34 percent answered the questions properly. Earth science -47 percent right answers. The school board chairman, Stephen J. Kenealy, blamed his district’s disappointing performance on the large number of poor children, the precise target of school choice which has been shown to improve test scores as well as behavior and attitudes wherever it is tried.

According to a Harvard study of Milwaukee’s school-choice program, minority children improved their reading skills by 3 to 5 percentage points and their math skills by 5 to 12 percentage points. The study suggests that, over a prolonged period of time, school choice might reduce the gap between white and minority test scores. 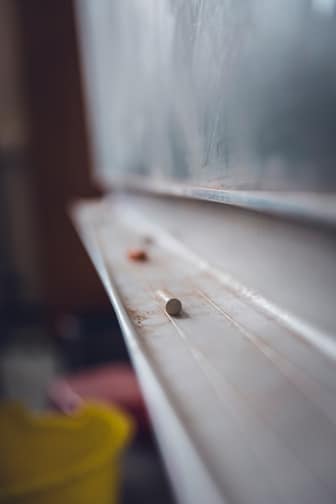 Liberal Democrats, including President Clinton, have blocked all non-public-school choice proposals. They even opposed Sen. Paul Coverdell’s (R-GA) bill that would have created private-money education savings accounts. That’s because they are completely beholden to the education establishment, including the teachers’ unions that provide money, votes and political clout but give kids an education inferior to private and home schools.

House Committee on Education and the Workforce indicates the threat school choice poses to the education bureaucracy. Thirty-nine federal agencies run 760 education programs at a cost of S100 billion a year.

Few demonstrate tangible results. Republican Sen.-elect George Voinovich of Ohio reports that some school administrators in his state spend 50 percent of their time filling out federal forms, despite the fact that federal funds account for just 6 percent of Ohio’s education spending. According to the U.S. Department of Education’s own Paper Reduction Act, the department requires 48.6 million hours of paperwork, the equivalent of 25,000 employees working full time each year. (This is a department that also spends our money on closed captioning for Jerry Springer’s show.)

As few as 65 cents of each education dollar trickle down to the classroom, and even that fails to improve test scores. The other 35 cents go to red tape and bureaucracy.

Competition has improved other products and services. It will improve education, too. But the unions and the politicians who must rely on them to win elections would keep children imprisoned in a failed education system in order to preserve their power.

School choice is working in Milwaukee. It can work everywhere. The Supreme Court seems inclined to let it go forward. Future generations of children will be the beneficiaries. Politically, school choice may help Republicans break the lock Democrats have on minority voters.