For quite some time 1 have debated whether or not I should request space to present my reflections on an article in the November issue of your magazine. It is the article of Dr. P. Y. De Jong, found on page 3. I cannot resist the impulse. Especially since the writer suggests that the problem under consideration demands discussion, and strong resistance to the trend it points up. The suggestion would seem to be in order that the article be framed and prominently displayed in every consistory room in the entire denomination, and also in the faculty rooms of Calvin Seminary and Calvin College.

His article. is occasioned by one in the liberal paper The Christian Century. And it is really remarkable to have the religious liberals become alarmed about the trek from the cities to the suburbs. The chief concern of course is not the movement as such; not the sociological aspect of it. No, with this movement goes a certain “suburban mentality” which is affecting the church adversely and that points up “one of the greatest perils of American ecclesiastical life.” For these liberals it seems not to be a laughing matter. Now this problem, such is De Jong’s contention, though in a somewhat different form is also present among us. If that be so, then for us too it points up one of the greatest perils of our ecclesiastical life. Then it certainly is high time that we face up to it and have the discussion the writer asks for.

That the problem is there no one who is conversant with the facts will deny. And the author presents some very cogent remarks to the effect that this is utterly out of character with the church of Jesus Christ.

Well, what to do about it? Says De Jong, “And though the subject is a delicate one and lays all who mention it open to sneering and scathing denunciation, it demands discussion not only, but strong resistance.” As to the first part of this quotation, one may say that no truer words were ever spoken, My friend De Jong knows whereof he speaks, and so do I.

However, one need not be very hopeful about a frank discussion, and even less about strong resistance. The subject is too “delicate.” We are advised: “As ministers and elders we must warn incessantly against this growing evil.” But pray what chance of success does such warning have when ministers and elders and professors, and many if not most of our seminary students stand in the vanguard of this “growing evil?” Just whom do we think we are kidding? Not a few of our common folk have the idea that the only time they count is when we have financial drives. But all our leaders better ponder this problem. It points up “one of the greatest perils of our American ecclesiastical life.” 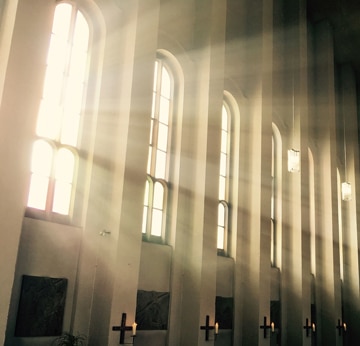