It is more correct to read that it was said “by them” of old time than that it was said “to them” of old time. Jesus does not refer to Moses and the prophets but to the teachers whom the Jews have had since the captivity. These teachers have given their interpretation of the law and have changed this commandment. Their interpretation, says Jesus, is not correct. They have interpreted the sixth commandment in such a way that its spiritual content is wholly lost. Only such a one, say they, who is guilty of actual, literal murder has violated the sixth commandment. We have never murdered anyone; therefore we have kept the law in this respect and are righteous!

Jesus gives an entirely different interpretation of this sixth commandment. It is not a new interpretation; in fact, it is the oldest, the original interpretation which God had given in the Old Testament. You have not kept the sixth commandment just because you have never made yourself guilty of murder; far more is required. Christ here places his own authority over against the teachers of the Jews, not hesitating to claim superior insight. His word is truth. Your teachers have taught you so; but I say to you, they are wrong! The law of God is not to be interpreted in the same way as the laws of men. Among men it is true that you are innocent if you have not actually transgressed the letter of a commandment; but God’s commandments go much farther. They do not merely regulate outward conduct; they regulate the attitudes of the heart. The law of God is spiritual and must so be interpreted.

If you hate your brother you have violated the six t h commandment. Hate is the root of murder. Love is the fulfillment of the law. You will therefore be guilty as soon as hate is present. Circumstances may prevent you from committing the deed, but the possibility of committing murder is present when hatred fills the heart. God’s law does not, first of all, condemn the deed of the hand, but the attitude of the heart! 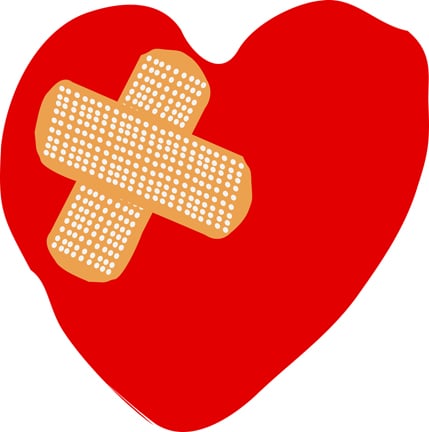 The perfect Teacher now at once applies that which he has taught. On the basis of Pharisaic teachings one could have a heart filled with malice and still consider himself righteous before God. Jesus teaches the people that this is entirely out of the question. In fact, if you are standing at the altar ready to make a sacrifice to God, and then remember that a brother has something against you, forget the sacrifice for the time being and seek reconciliation with your brother. Notice, it is not you but your brother who has the problem. Even then seek reconciliation before sacrificing. You cannot sacrifice, you cannot approach your God, properly as long as there is a difficulty between you and your brother. No, murder is not being committed as men judge murder, but God will not receive your sacrifice under those conditions. God’s people must always remember that obedience is better than sacrifice and that sacrifices are acceptable only when they are brought with an obedient heart. The first and second tables of the law are very closely related. Only when we love God above all will there be the proper relationship to our fellow-man. If our relationship to our fellow·man is not right, we cannot approach God.

Reconciliation with a b rot her should not have to be forced. Agree with your adversary, the brother you have offended, quickly, while you are with him in the way. The picture Jesus draws for us here is this: You and the brother who has been offended are traveling together. You will meet the judge at the end of this road. Before you come to the judge, be reconciled to your brother. If you are not reconciled before you arrive at the home of the judge, he will judge you according to the letter of the law. This judgment will be far more harsh than that which your brother will ask of you. Therefore, seek reconciliation now. You will meet the Judge at the end of life’s road. If there has been no reconciliation with your brother in life, it will then be too late. You will stand there in your guilt. Unconfessed sin will cling to you. The Judge is righteous. There is but one rule He is able to apply—the law. You are guilty! You will have to pay the last cent, and you have nothing. The matter which was so small in the beginning has led to the most bitter end.

Now we are able to understand what Jesus meant when He said in a previous verse: “except your righteousness shall exceed the righteous· ness of the Scribes and Pharisees, ye shall in no wise enter into the kingdom of heaven”. It all hinges on this: How do you interpret the law? Jesus has given us the correct answer.

1. Why do you think the Scribes and Pharisees gave that interpretation of the law which Jesus quotes in verse 21?

2. What are the various uses of the law?

3. Why doesn’t Jesus give an explanation of the first table instead of the second?

4. Why is reconciliation among brethren so difficult?

5. What does it mean really to forgive one another?