The Clinton Administration’s tireless effort to import the abortion pill known as RU 486 into the United States provides additional evidence that when the President promised to make abortions “rare,” he was not telling the truth. 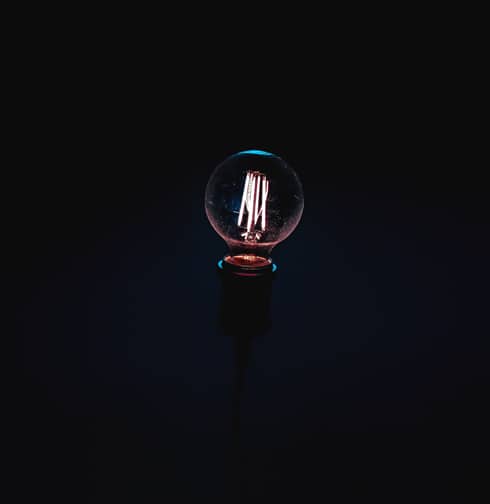 Once America celebrated life-enhancing discoveries by men such as Jonas Salk and Alber Sabin, whose goal was to preserve life and end suffering. Now we applaud technological innovation that exterminates the life of the sick and elderly and snuffs out life in the womb.

Our contemporary “heroes” are named Jack Kevorkian and Roussel Uclaf, the manufacturer of RU 486, kind of a Zyklon B for the unborn. Unlike the Nazis’ grim gas chambers where Zyklon B did its work in our modern extermination rooms will likely never be filmed or memorialized in a museum. RU 486 will be dispensed from the brightly lit offices of doctors, driven by the profit motive, physicians who once pledged never to do what this drug was designed to do.

Technology without a soul can quickly turn on its inventor. Dr. Frankenstein and his monster were fiction. RU 486 is reality. Will it turn on us? Has it already?

How can we so casually and without thinking, dispose of human life? Is it that we have run out of reasons to live, that we find no purpose in this life beyond acquisition of things and personal comfort; no promise of a better life to come?

Technology has improved the speed by which we receive information and accomplish certain tasks. It has done nothing to enhance our moral understanding. Before we had sufficiently debated abortion, we got Roe v. Wade. Before the issue is resolved, we get RU 486. T.S. Eliot lamented, “Where is the life we have lost in living? Where is the wisdom we have lost in knowledge? The cycles of heaven in twenty centuries bring us farther from God and nearer to the dust.”

The removal of moral absolutes and objective standards from our nation has given us legalized abortion. And now a pill will make it easier. But this is not the end. Next comes euthanasia. Moral relativism and medical technology have progressed to the point where human life is treated with all the dignity of a used tissue.

This casual attitude does not come without a price. University of Chicago biologist Leon Cass says: “We have paid some high prices for the technological conquest of nature, but none so high as seeing nature as mere material for human manipulation, exploitation and transformation. With the medical science now gathering, there will be splendid new opportunities for similar degradation of our view of man. Indeed, we are already witnessing the erosion of our idea of man as something splendid or divine, as a creature with freedom and dignity. And clearly, if we come to see ourselves as meat, then meat we shall become.”

Writing of the new technology, the late philosopher Russell Kirk predicted: “We will be left to celebrate a devil’s sabbath of whirling machinery, supervised by specialists—an elite without moral imagination, and deficient in their understanding of order, justice and freedom. And after that, chaos.”

Consider the subcommittee chaired by Rep. Ron Wyden (D-Ore.) who pushed resolutely for the importation of RU 486 into the United States. Its name is the House Subcommittee on Regulation, Business Opportunities and Technology. How fitting. There’s no room in that title for moral considerations. If science and technology can do what some people want done for them and to their unborn babies, then let it be done. Don’t call it immoral. Don’t call it appalling. Call it a business opportunity. Salk and Sabin received the gratitude of a nation for discovering vaccines against polio, immeasurably improving children’s lives. President Clinton and Rep. Wyben will be unable to claim similar high honors for themselves. By approving of the use of RU 486, they have become accessories to murder, landlords of a new killing field.

Some women and some men think they have found the silver bullet that absolves them from their guilty consciences and indefensible acts. They reason that if their baby is killed early enough, then no one will know or care. This is a lie. The woman will know and she will come to care, just as many who have aborted later in pregnancy care deeply and wish they had made a different choice.

The Psalm writer asks a profound question, “If the foundations be destroyed, what can the righteous do?” Very little when technology has lost its soul. Who will be the next victim and what moral claim can be made to stop technology from destroying you and me should we fall out of favor with those who are increasing their unrestrained power over us? We are seeing ourselves as meat, and it is meat we are becoming. Where is the wisdom we have lost in knowledge?