We have heard predictable explanations for the tragic killings of four children and a teacher by children in Jonesboro, Arkansas. Some say it’s violence on television and in films. While today’s graphic “entertainment” violence is far worse than the cowboys, vaporizing aliens and monsters I grew up watching, that alone seems an incomplete excuse.

Others say it’s guns. But the boys accused in the killings stole guns from relatives who bought them legally for hunting. ABC’s Rebecca Chase slandered all Southerners when she suggested that the Jonesboro shootings, along with shootings by children in Pearl, Mississippi, and Paducah, Kentucky, indicated the region breeds violence because of lax gun laws and too many available weapons. What, then, explains drive-by shootings in Los Angeles, or kids shooting kids in Northern cities because they want their victims’ expensive jackets or designer shoes? 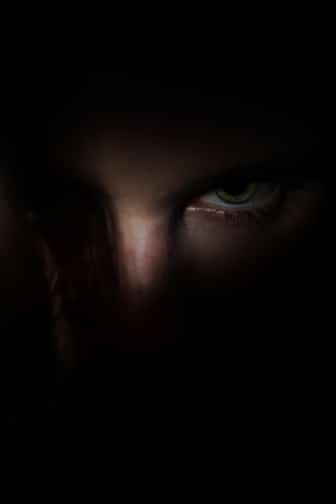 The Center for the Study and Prevention of Violence at the University of Colorado, Boulder, has developed “blueprints” for violence-prevention programs. They include “Promoting Alternative Thinking Strategies,” “Multidimensional Treatment Foster Care,” “Bullying Prevention Program,” “Quantum Opportunities,” “Multi-systemic Training” and “Prenatal and Infancy Home Visitation by Nurses.” All of these may have some merit, but they sound like complex solutions to a simple problem.

A few years ago, Mother Teresa told the audience at the National Prayer Breakfast that abortion was the principal cause of other types of violence, showing a declining respect for human life. Some time ago, Dr. Laura Schlessinger said on her national radio program that many children have absorbed the lessons they’ve been taught by adults: They are unwanted and a burden.

These explanations seem to contain the seeds for a lot of youth violence. The abortion of 30 million (and counting) unborn children stems from a materialistic culture that regards wealth, comfort and the right to be free of any “burden” or “inconvenience” as life’s supreme objective. Too many children are dumped into day care so that busy, career-oriented parents can pursue life styles they believe will bring them happiness. Behavior problems at day care or in school are dealt with by prescribing Ritalin. Childhood depression and misbehavior are increasingly treated with medication. Pressure increases on the Food and Drug Administration to approve drugs for children that are now reserved for adults. Why are we surprised when so many kids turn to illegal substances, considering they have been drugged since childhood? Too many parents anesthetize their stress with legal and illegal drugs. Too many are divorcing. And too many children have no roots, much less a family tree.

Five years ago, Cox News Service’s Rowland Nethaway observed in an article: “Adults have always complained about their youth, but this is different. There have always been wild and rebellious kids who would go off the track and do something wrong. But they knew where the track was and what was wrong. Many of today’s youth don’t seem to know right from wrong. Children are robbing, maiming and killing on whims, with no pity and no remorse.”

Two professional women friends of mine have had enough. They’re quitting high-paying, broadcast media jobs to go home to their husbands and children. Maybe it’s time for more of us to ask what profit there is in the accumulation of material things that will someday be sold at an auction, or a career that can end in an instant when the boss calls you in on a Friday afternoon and fires you.

When children start killing, it is an extreme cry for help, love and attention, and for the presence of parents in the home. They need to be loved in a stable environment. When such homes were the rule in America, we had less unruliness.

It’s a simple explanation, actually. Those who have ignored it, now have a complex problem.