In this article I intend to challenge the position of the editor of The Banner (CRC), John Suk, as he states it on p. 30 of the July 4 issue last summer. He writes: 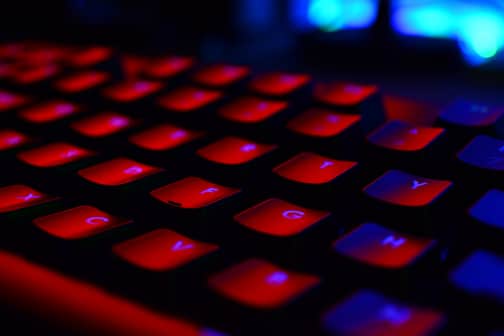 Suk writes this in an issue of The Banner that neglects to fully report the actual Biblical grounds adopted by Synod. How can anyone fairly judge Suk’s characterization of these grounds without actually seeing them?

Suk himself thought these grounds were noteworthy enough to devote six out of thirteen paragraphs in his editorial to their criticism. The Banner reported quite a few comments addressed to these grounds from the floor of Synod. Given the obvious importance of these grounds, as well as the reader’s inevitable curiosity about them, the decision to leave them out is quite regrettable.

Perhaps editorial judgment was clouded by the fear that if people actually read these grounds in their entirety, they might not adopt the same negative view of them that Suk has.

Suk writes in the same editorial, “This Princeton method of interpretation is evident in the use of the word clearly in the grounds used to support the decision to keep women out of office.”

Suk seems to identify a certain use of the word clear with the old Princeton school of interpretation. I doubt that the identification can be made so simply. Consider the following statement from the 1973 report on women in ecclesiastical office. The quotation is in reference to 1 Timothy 2:8–15:

We conclude that this passage certainly curtails to some extent women’s activities in the worship services, for reasons which were perhaps better understood at the time Paul wrote this lener than they are now. But it is dear that from this passage as well that one cannot extract strong arguments in defense of the practice of excluding women from ecclesiastical office (Ads of Synod, 1973, p. 567, italics mine). The word clear is often used as a way of emphasis, much in the same way that cmainly is used in the first sentence in the above quotation. It seems quite unwarranted to suppose that anyone who uses this common word in this common way is an adherent to the old Princeton school of interpretation. Suk uses the term “old Princeton” as if it were some kind of derisive label, and he seems to define that label with the same fuzzy inarticulateness that generally characterizes derisive labels.

Suk complains that, “The grounds are loaded with proof texts and scriptural quotations….” Later he contends that, “We...usually avoid the kind of proof-text approach that synod adopted.”

His complaints raise a whole host of questions.

Is it really so unacceptable that synod would cite and explain individual Scripture texts in its attempt to resolve the women in office debate? Would it perhaps be preferable to flip a coin or take a poll?

Did the writers of the Heidelberg Catechism practice the old Princeton school of interpretation? (Have you ever noticed the proof texts after every answer?)

Does Suk think that the practitioners of “our traditional redemptive-historical method of biblical interpretation” suddenly switch to the “old Princeton school of interpretation” every time they actually examine and explain an individual Scriptural text? Or is the coming to a firm conclusion about the meaning of a text something that only old Princeton interpreters do, while redemptive-historical interpreters prefer to leave difficult questions unanswered?

I also question his apparent belief that there is a fundamental inconsistency between the old Princeton method and the redemptive-historical method. The old Princeton school recognizes that circumstances and the application of particular texts often change. At the same time, the redemptive-historical method recognizes that some texts are universally applicable. So where is the fundamental incompatibility between the two? Suk has not demonstrated it, and I seriously doubt that he can.

I certainly would not agree with him that the grounds in question “did not bear the mark of our traditional redemptive–historical method of biblical interpretation.” For all the heated indignation these grounds inspire on the part of those in favor of women in office, I fail to see what it is that is so objectionable about them—except perhaps that they lead to a conclusion that some people just don’t want to accept.

In the editorial which appeared in the issue of The Banner just prior to synod, Suk appealed to Acts 15 to give Scriptural support to his belief that the 1993 decision should be ratified. Suk writes that the delegates to the Council at Jerusalem “decided that even though they preferred keeping all the old laws, they would not impose their preference on Gentile believers.”

Of course this requirement had nothing to do with the yoke of the Old Testament ceremonial law. However, Jesus’ yoke of love for one another was in effect. So in love for Jewish brothers and sisters who would be deeply offended by certain dietary practices, and in the spirit of Romans 14:19–21 , the Jerusalem Council did impose certain Jewish preferences on the Gentiles.

I point this out to show the inaccuracy and incompleteness of Suk’s exegesis of the passage. Suk’s editorial indicates a very shallow and incomplete understanding of the issues facing the Jerusalem Council, and especially of the Council’s reasoning behind their response to these issues.

Obviously Jewish dietary laws were not the main issue facing the Council of Jerusalem. The big issue was whether or not the Gentiles would be required to undergo circumcision. The Council decided that Gentiles should not be burdened with this requirement. However, contrary to Suk’s apparent understanding, the Council’s ground for its decision would be something other than, “Let’s just make sure that the preferences of some are not imposed on others. We need to make room for different perspectives in the church.” Far from it! The driving concern of the Council was to discern and do the will of God in the matters facing the church. This is readily apparent to anyone who reads Acts 15 carefully.

Acts 15 must be understood within its place in redemptive history. Earlier in the book of Acts, God had miraculously revealed that many of the old rules did not apply anymore. Peter’s vision in Joppa showed that God does not consider Gentiles “unclean” anymore, and that Peter shouldn’t either. Furthermore, Peter, Paul and Barnabas had personally witnessed that God had poured out His Spirit on uncircumcised Gentiles.

The Jerusalem Council considered these facts in its deliberations. Then James quoted an Old Testament prophecy. This Scripture clearly foretold that out of the ruins of the old covenant God would rebuild and restore a people who were both Jews and Gentiles.

The Council came to see that a new and better covenant had come to fulfill what was lacking in the old one.

They saw that God had set aside circumcision, which had been the sign of that old covenant. That is the reason the Gentiles were not required to be circumcised. Twentieth-century style “tolerance” had very little to do with it.

This passage comes to us from a unique stage in the history of redemption. Because Suk does not sufficiently take this into account, he wrongly tries to make direct application from this text to our situation today. In this particular instance Suk himself should have used the same redemptive-historical method which he thinks Synod 1994 neglected.

We find another example of very questionable exegesis a little further down in the July 4 editorial. Suk writes:

That biblical texts are not always so clear shouldn’t surprise us. The apostle Peter, who was perhaps referring to some of the very texts that are at issue among us now, insisted that some of what Paul wrote was hard to understand. (2 Peter 3:16)

According to Suk, Peter “insists,” perhaps in reference to 1 Corinthians 11 and 14, and 1 Timothy 2 (the main texts of Paul at issue among us now) that some of what Paul wrote is hard to understand Presumably Synod 1994 is in conflict with Scripture itself in saying that certain texts from Paul’s hand are “clear.” It is important to read this verse in its context. The point at issue in this passage is whether or not we need to live in obedience to God’s will. Peter is saying we do. However, there were false teachers (whom theologians today call “antinomians”) who taught that we can sin freely that grace may abound. They appealed to a distortion of Paul‘s teaching to support their deadly heresy. Peter is reminding his readers that Paul has consistently taught that we will all be required to give an account for everything we have done in this life.

Yes, Peter admits in 3:16, some of what Paul says is hard to understand. Examples of the kinds of statements Peter probably had in mind here would be Romans 5:20–21, Romans 7:6 and Galatians 5:18. (Notice Paul’s own anticipation in Romans 6:1–2 of how some would distort his teaching.) Although there are those who try to turn Paul’s statements against works-righteousness into a license for sin, Peter is reminding his readers that they do so “to their own destruction.”

Suk’s suggestion implies that the apostle Peter would describe 1 Corinthians 11 and 14 and 1 Timothy 2 as “some things that are hard to understand, which ignorant and unstable people distort, as they do the other Scriptures, to their own destruction.” Does Suk believe that those opposed to women in office are “ignorant and unstable people,” who misinterpret these texts “to their own destruction”? If he doesn’t, then it appears that he didn’t sufficiently study this text prior to quoting and applying it.

John Suk is hardly in a good position to criticize the methods synod uses to interpret Scripture when his own methods seem so questionable.

landscape. John Suk’s additions to their number do little more than cloud the real issues raised by the women in office controversy. At the center of the women in office issue is the question of whether or not the teaching in 1 Timothy 2:12 is universally applicable. The question is legitimate. The answer to it, of course, is the subject of long and heated debate.

Unfortunately, it seems that now the rules of the debate are coming undone. I believe that disagreements about whether or not a particular teaching is universally applicable should be decided on the basis of sound exegesis of actual texts, rather than generalized and unsubstantiated attacks on the hermeneutics employed by those on the other side. It seems that Suk prefers the latter over the O:t former. mm Perhaps that is because sound exegesis of actual texts leads to the decision of Synod 1994 on women in office.

Rev. Brouwer, a delegate to CRC Synod 1994, is pastor of the First Christian Reformed Church of Waupun, WI.