This article is being written for women and, primarily, for those women who are Christian mothers. The subject of Protestant-Catholic marriages is important due to the increased tolerance among Protestants of the Roman Catholic Church and its teachings.

The most important decision in life is one’s choice of Christ. Second in importance is one’s choice of a life-partner. Christian marriage is not only a civil union of two people but also a spiritual union of two souls. Can there be a union of religious ideals and aspirations when one’s partner is a Catholic? Obviously, the answer is “no.” The difference between the Roman Catholic Church and genuine Protestantism is too great.

The Roman Catholic Church also recognizes the dangers in a Protestant-Catholic marriage. It has erected many barriers to such marriages. Consider the following:

1. A Catholic-Protestant marriage must be performed by a priest or it is not a valid marriage.

2. A Catholic who contracts a civil marriage becomes subject to the discipline of the church. This discipline terminates in excommunication.

3. The non-Catholic member must sign an ante-nuptial contract in which the non-Catholic promises not to hinder or obstruct the partner in his or her worship. Furthermore the non-Catholic also promises that any children born of this marriage will be brought up in the Catholic faith.

4. The Roman Catholic Church has six precepts which supplement the Ten Commandments by giving further detailed guidance in conduct. The sixth precept reads, “Not to marry persons who are not Catholics…”

There can be no compromise here. The Catholic believes his church to be the only true church of Christ; and that to deprive him of his church membership is to deprive him of salvation and, therefore, of heaven. We should not underestimate this teaching which binds even a nominal Catholic securely in the Roman fold.

Marriage between two persons who are both sincere in their different beliefs spells “danger ahead.” Where there has been an attempt at compromise both parties have suffered. Experience has shown that in many cases such marriages lead to religious indifference for both Protestant and Catholic. We cannot expect God’s blessing on such a marriage. Pastors and elders will testify to a seeming absence of God’s grace in such a home, though God, in his great wisdom and love, may continue to give blessings to such a marriage, however undeserved they may be. 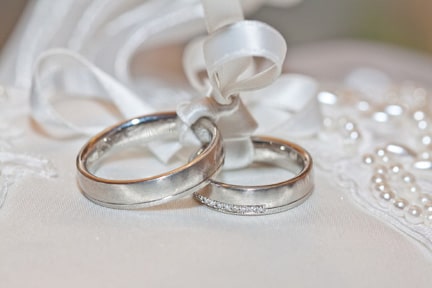 The most crucial test of faith is bound to come when children are born into a Protestant-Catholic home. Will the Protestant be able to keep silent when the children are taught doctrines which he or she believes to be false? Can a Protestant mother encourage her child to learn and recite Catholic liturgy, kneel before images and crucifixes, or confess to a priest? And what about the influence of such a divided home on the children themselves when they reach the questioning age? The home is still the most important influence in the life of any child. Can there be family unity when the child asks, “Mommy (or “Daddy”), why can’t I go to church with you this morning?” Yes, there is “danger ahead” for those contemplating Protestant-Catholic marriages, especially the danger of a weakened faith and a divided home. “Shall two walk together except they have agreed” (Amos 3:4)?

In most instances, marriages are contemplated when the boy or girl concerned has not reached a high level of Christian maturity. Romance and physical attractiveness overbalance good sense and Christian judgment.

Christian mothers and fathers can do much to guide their children so that they will be prepared to enter upon a Christian marriage. I should like to suggest some ways in which the Christian mother ca n prepare them for such a marriage.

(1) Obviously, the first is to teach your children the Christian view of marriage. Discuss at family devotions such Bible passages as Genesis 2:23, 24 – “And the man said, This is now bone of my bones, and flesh of my flesh: she shall be called Woman, because she was taken out of Man. Therefore shall a man leave his father and his mother, and shall cleave unto his wife: and they shall be one flesh.” Other passages suitable for discussion are Genesis 24, where Abraham sends his servant Eliezer to find a wife for Isaac; I Corinthians 7:39, where we are commanded to “marry only in the Lord”; II Corinthians 6:14, where Paul advises us “Be not unequally yoked with unbelievers.” In these devotions we should stress the will of the Lord. It is the will of the Lord that we marry a Christian believer.

(2) Pray for your child’s future, including his or her marriage, from infancy to adulthood.

(3) Be an example to your children of a happy Christian marriage. It is still true that actions speak louder than words.

(4) Be concerned about your teenager’s dates with Catholics. Do not wait to be concerned until romance leads to an engagement. If your child continues to plan marriage with a Catholic encourage them to talk to others who are qualified to give advice on Protestant-Catholic marriages from a Christian viewpoint. Let them arrange for a talk with the pastor of your church. Maybe they will respect the opinion of sam e qualified Christian layman, such as a Bible teacher of principal of one of our Christian high schools. You may know a Christian social worker who could objectively point out the fact that a boy and girl of the same faith have a much greater chance of a happy marriage.

(5) Encourage your children to participate in church-related activities where they will associate with others of their own faith. Parents should give strong support especially to youth societies of the church. Encourage them to attend not only the regular meetings, but also the banquets, outings, oratorical contests, youth conferences, and conventions. Here Christian Reformed youth meets Christian Reformed youth! This point cannot be over-emphasized, especially in communities where there is no Christian high school.

In conclusion I would like to recommend a novel of inter-faith marriage which all our young people should read. High is the Wall, by Ruth Muirhead Berry, is an excellent book written by a Christian mother whose two children contracted Protestant-Catholic marriages. She writes from first-hand observation and experience. The novel portrays the heartrending story of the marriage of a Catholic–Neil Mackaig-and a Protestant–Faith Mc Laren. The wall become…higher and higher as they seek to solve the tensions and problems of a mixed marriage. There is no “and they lived happily ever after” ending. Mrs. Berry presents both sides of the question in a very fair way. The book is published by Muhlenberg Press and sells for $3.50. You might check to see whether your church library has a copy not only of this book but also of Rev. Rolf Veenstra’s excellent book on Christian Marriage.