This article is a satire on methods of biblical interpretation being used to justify obvious sin.

In all of the discussion in Reformed circles about the role of women in modem society, one topic has been sadly neglected. This topic relates to a profession occupied by women for centuries, but for which their contribution has never been recognized or appreciated, especially by Reformed people. Indeed this profession has usually been vilified even though the women practicing it, themselves had often been victims of the worst sort of brutalization. I speak of the profession of prostitution.

The church for centuries, in an oppressive and patriarchal manner (I may be guilty of redundancy here), has censured prostitution. But have we ever carefully examined this traditional stance of the church? In this modern time may not the spirit lead us into some new examination of the Scriptures and some new understanding of this complex issue? Have we taken seriously the testimony of women that they feel called to and fulfilled by this work? For many the money is good. Just as we have learned that making money on the Sabbath is good in the modern world, so in the matter of prostitution we may need to rethink.

Let me suggest that the case for prostitution rests on three pillars. The first pillar is the key text of Scripture: “Whatever you do, do it all for the glory of God” (I Corinthians 10:31). The second pillar is the clear parallel between slavery and prostitution. The third pillar is properly understanding the biblical texts that seem to condemn prostitution.

The first pillar is crucial. I Corinthians 10:31 shows that Paul has completely broken with old forms of ethical thinking and made ethics radically teleological Actions must be judged solely by whether the intention is to glorify god or not. Paul says that what appears to be an act of idolatry -eating meat offered to idols—is not idolatry if the intention is to glorify god. This radical reorientation of ethics has been largely missed by the church through the centuries, but it is time to allow this seminal verse to have its full weight in our thinking. It is actions but intentions that determine whether something is right or wrong. Our children have been trying to help us see this point for a long time with their oft repeated observation, “I didn’t mean it.”

Once this text really grips us, we cannot help but see its application to prostitution. It is not the action, but the intention that is crucial in evaluating any human activity. If one feels called to glorify god in the calling of prostitution, then it surely is the Bible-approved thing to do.

The Bible itself gives a clear application of this great principle in the case of Rahab. Rahab the prostitute is a model of faith, courage, and devotion. The Scripture nowhere condemns her for being a prostitute or says that she ceased to be a prostitute. Obviously she continued to be a faithful prostitute.

The second pillar in the defense of prostitution is the obvious parallel to slavery. Prostitutes, like slaves, have often been treated like chattel. They have been abused, victimized and oppressed. They have been controlled by heartless pimps as slaves were by cruel masters.

Historically the church has sought a remedy to prostitution by urging prostitutes to stop being prostitutes. But isn’t that like suggesting to slaves that the problem with slavery was the work rather than the bondage? Prostitutes do not need to stop working; they need to be liberated. They need to have their work honored and properly compensated. They need freedom to practice their profession when, where and how they choose. That kind of liberation was the solution to slavery and is clearly the only responsible solution to the enslavement of prostitutes. 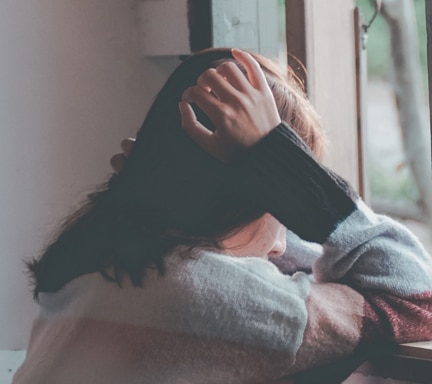 The third pillar relates to biblical texts that seem to oppose prostitution. Indeed some may feel at the outset that the biblical position is so obvious that no further examination is necessary. But the history of the church teaches us that there are always alternative perspectives and interpretations of every text in the Bible. We must not feel bound to any traditional interpretation which is, after all, just the work of men—but must be open to new ideas and the leading of the spirit. (See Jeremiah 42 and 43.)

Two kinds of texts have been used to oppose prostitution. First are the Old Testament’s warnings about harlotry. While these texts are numerous, they are not meant to be universal in their application. In Old Testament times prostitutes were associated with pagan temples and pagan worship. The harlotry condemned in the Old Testament is the harlotry that links sex to idolatry and false religion. Modem prostitution has nothing to do with idolatry and so is not condemned in these texts.

The second set of texts that seems to condemn prostitution are those related to the seventh commandment, “You shall not commit adultery.” Some of you will think that this text is crystal clear. But think again. Adultery is a violation of the spiritual-physical union of a marriage. But prostitution has nothing to do with spiritual unions. It is a purely physical relationship, and so it cannot effect the personal union of marriage. Moreover, many social scientists believe that prostitution has beneficial social consequences. Therefore we should recognize that prostitution is not condemned by the seventh commandment.

Now some may think that there is a still clearer biblical condemnation of prostitution. Paul did say, “Do you not know that your bodies are members of Christ himself? Shall I then take the members of Christ and unite them with a prostitute? Never!” (I Corinthians 6:15). But let us not approach this text as if we were a bunch of fundamentalists. We must recognize that Paul has not given full play to his basic teleological ethics in this text. (Perhaps he even intended that I Cor. 10:31 be a correction of his statement here in I Cor. 6:15.) Paul seems confused about the relation of the physical with the spiritual in this one place—a confusion which he avoids in the main thrust of his writing. He probably wrote this way to encourage us to use our ingenuity to figure out his real, full meaning. In any case it is clear that Paul cannot mean what he says.

The conclusion we must reach is that prostitution is not condemned in the Bible. If it is not condemned, then it must be legitimate. Indeed the general thrust of the Bible not only permits it, but rather tends to encourage it—if done to the glory of God. We may well be disobedient to god if we oppose prostitution.

My modest proposal will not, I expect, gain immediate, universal support. Such proposals seldom do. Jonathan Swift experienced that with his original “Modest Proposal” when he suggested during a famine in Ireland that parents should eat their children. Yet the reasonableness and practicality of his proposal have stood the test of time. There can be no doubt that fewer adults would have died if they had eaten their children.

My conclusion that prostitution is not only legitimate, but that it is one more profession to be redeemed by earnest Christians, may seem radical at first glance. But, thoughtful reader, I want to assure you that this conclusion has been reached following the hermeneutical principles laid down by Louis Berkhof. Indeed, this conclusion was in many ways anticipated by the great Reformer Martin Luther. He once said, “All callings are honorable with the possible exceptions of burglary and prostitution.” This great student of the Scriptures was already beginning to see the radical implications of teaching that every profession is a calling.

So when your daughter comes to you with tears in her eyes and asks, “Mom and Dad, why can’t I be a prostitute?”, don’t be harsh, judgmental or old-fashioned. Don’t undermine her self-esteem. Don’t stand against the work of the spirit to break down oppression and to redeem another area of life. Encourage her to use all her gifts. Encourage her to pursue her calling.

Isn’t the new hermeneutic wonderful? Whoring has become honorable in the church.

This illustrates the fact that when one tampers with the clear teaching of Scripture one can make the Bible say anything he/she wants it to say.