“Be ye doers of the word, and not hearers only, deceiving your own selves.”  James 1:22

Christianity is a life based on, and produced by, it certain system of truth. It involves certain facts, plus the meaning of the facts, plus experience based on these.

We must first of all be bearers of the Word. In the Bible, there is no toning down of the importance of doctrine. Our text does not say “Not hearers,” but “Not hearers only”—a very different matter. Modern religion minimizes the importance of knowledge and belief of Christian truth. The prevalent idea is that it does not matter what we believe, that a person’s life is the important thing. Many professing Christians today are grossly ignorant of the biblical system of truth. This is both wrong and deplorable. To be Christians, we must first of all be hearers of the Word—the Word of God, the Holy Bible, the gospel of Jesus Christ. 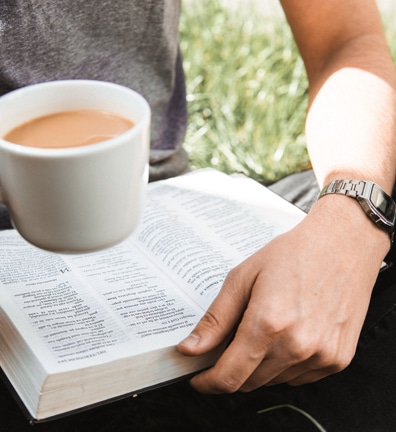 Note that we are not simply to be doers, but doers of the Word. We are not just to have a program, but to have and follow God’s program. Mere activity is worth nothing. It must be activity along the line that God has appointed for us in his Word.

The mere hearer of the Word is a self-deceived person. There exist, of course, downright hypocrites, self-conscious pretenders to piety. But the real hypocrite is not self-deceived; on the contrary, he is trying to deceive others. Our text speaks of the self-deceived, those who think themselves good, faithful Christians, when they really are not. The person who is a hearer of the Word but not a doer is self-deceived. The truth of God goes “in one ear and out the other.” He unconsciously divorces his religion from his life, and accepts the truth as mere information. The person who claims to accept the doctrines and principles of God’s Word, but fails to make any earnest effort to practice them, does not really accept those doctrines and principles; he only thinks he does; he is self-deceived. He “straightway forgetteth”; that kind of formal religion has no real impact on a person’s life. For this very reason it is comfortable and convenient, for it never embarrasses a person. Practical Christianity, on the other hand, makes a real difference in a person’s life. It involves being born again, personal faith in Jesus Christ as Savior, an earnest effort to obey God’s law, a constant striving after holiness, a real separation from that “world” system which is contrary to God.

The world, in its selfishness, unbelief and sin, is headed for divine wrath and judgment. “The wicked shall be cast into hell, and all the nations that forget God.” Nominal and formal Christians are being dragged along toward hell by the God·forgetting world. Does your religion make you feel uncomfortable in this sinful world? Does it make you stand up against the trend of the times? Does it make you struggle upstream against the current? Does it ever involve any real sacrifice in your life? What sacrifice have you made for the sake of Christ? How has your relation to the Lord Jesus Christ made you live differently from people who do not know Christ? “Be ye doers of the Word, and not hearers only, deceiving your own selves.”

From The Covenant Pastor