Key Verse: “For this is the will of God, that by doing good you may put to silence the ignorance of foolish men.” 1 Peter 2:15

Advertising by means of a respectful lifestyle

In our previous lesson, we learned that the apostle Peter introduced a new section of his letter with a general exhortation that believers must abstain from evil desires and instead do good among unbelievers (2:11–12). He now provides three specific examples of “doing good” among pagans. Each or these involves submission, the key verb with which Peter begins 2:13–17, 2:18–20, and 3:1–7, addressing citizens, slaves and spouses, respectively.

You may be wondering why the apostle begins in each case by talking about submission or showing respect in these relationships. Recall that in the time and culture of the New Testament, people outside the church looked with suspicion at new believers, fearing that perhaps their “new” religion would be subversive, revolutionary or otherwise socially disruptive. By adopting a respectful attitude in every relationship, believers could deflate any possible criticism of their conduct, and at the same time develop a distinctive Christian lifestyle. (Question 1)

Believers arc called first to voluntary submission “to every kind of human ruler.” Peter seems to be referring to submission to governing people rather than to government institutions. Those who govern deserve respect; they are neither faceless nor super-human, but they are people too. Although they arc over us in authority, these superiors are fallible people who occasionally test our patience. “For the Lord’s sake” we must respect them. 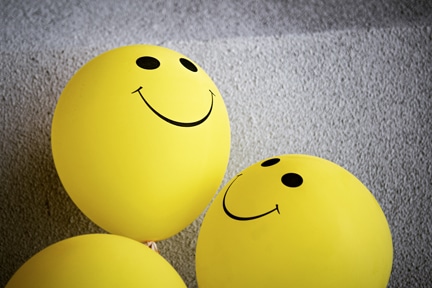 One is reminded of the Heidelberg Catechism’s beautiful formulation of the meaning of the Fifth Commandment (“Honor your father and your mother”): “That I show all honor, love, and fidelity to my father and mother, and to all in authority over me; submit myself with due obedience to their good instruction and correction; and also bear patiently with their weaknesses and shortcomings, since it pleases God to govern us by their hand” (Lord’s Day 39, QA 104; italics added).

This respect must be given to distant rulers (the king) or to their local representatives (governors) commissioned in their name, with their authority, to punish evildoers and to honor those who do good. Christians in Peter’s day were able to demonstrate their civic loyalty by working alongside governing officials toward these goals. Moreover, believers would want to be among those honored publicly for their good works, which would serve further as a counter-argument against their critics and an advertisement for Christianity. For in Peter’s day, just as in our own, people were quick to dismiss Christians and to invent rumors about their motives and their practices.

It seems best to take verses 16–17 together: “As those who are free, yet not using liberty as a cloak for vice, but as bondservants of God, honor all, love the brotherhood, fear God, honor the king.” Christian submission arises not out of fear of criticism or bondage to custom. In the Christian life freedom and submission are not in contradiction to or in competition with one another. Believers submit to human rulers because they are freed servants of the LORD, willing to employ their liberty in accord with His law regarding human rulers.

For believers living as a minority in Asia Minor, the bond of mutual love and care (“love the brotherhood”) was crucial to survival, shown by Peter’s emphasis upon this duty elsewhere in the epistle (1:22; 3:8; 4:8).

Relationships are put into perspective when we are told: “fear God, honor the king,” rather than “fear the king, honor God.” Christians are servants of God, not of the government. There is always an authority above that of human rulers, something Peter himself had declared to his rulers more than once (Acts 4:19 and 5:29). (Questions 2 and 3)

Next Peter turns to the attitude of house-slaves toward their masters. (Interestingly, he gives no exhortation to masters, just as he had given none to rulers.) These servants were the kind that worked not in the master’s business or out in the field, but in the master’s home. Such servants must demonstrate for their masters the kind of respect born out of fear for God. Respect for God made it possible to honor not only the friendly and kind master, but also the harsh and unreasonable one.

This ability to bear injustice is a divine gift (Greek, charis). Moreover, to such servants God gives the gift of His commendation, something far more precious than the favor of human masters.

The words of Jesus come to mind: “If you do good to those who do good to you, what credit is that to you?” Those who love their enemies receive this gracious promise: “your reward will be great, and you will be sons of the Most High. For He is kind to the unthankful and evil” (see Luke 6:33–35). The child is to be like Father.

The occasion for suffering this grief is due to a conscience that is sensitive to God. Any slave wanting to obey God might have to disobey his master in certain circumstances. Clearly this would be true if he were asked to violate one of God’s express commandments against, for example, murder, robbery and lying. Once again, obedience to onc‘s master was limited by obedience to God.

No slave is commended for neglecting his duty or for performing his chores improperly. Submitting to deserved punishment in such cases brings no compliment from God or man. But God does notice and commend the good done out of reverence for Him, even though a master might punish such work unjustly. The prospect and promise of God’s kindness help us bear injustice. (Question 4)

“Lifestyle evangelism” requires believers to Jive respectfully and honorably among pagans. Attitude speaks volumes, so that in social relationships Christians have both the calling and the opportunity to “walk” their witness among pagans. This kind of evangelism requires much more than canvassing the neighborhood one evening each month. Rather, it’s a full-time activity. For raising our children consistently, doing our job diligently, paying our workers fairly, treating law officers and pagan politicians respectfully—these all become our eloquent testimony to our Lord and Savior, Jesus Christ.

1. Mention Christian practices that might arouse suspicion among, or appear socially disruptive to, the unbelieving public today.

2. Some Christians today insist that they may violate human laws that violate God’s law. Evaluate that claim in the light of the following:

It may be objected here that kings and other magistrates often abuse their power, and exercise tyrannical cruelty rather than justice. Almost all the magistrates were like that when this Epistle was written. To this I answer that tyrants and those like them do not do such things by their abuse, without the ordinance of God still remaining in force, just as the perpetual institution of marriage is not subverted even though the wife and the husband behave in an unseemly way. However men may go astray, the end fixed by God is unchanged in its place.

If anyone objects and says that we ought not to obey princes who, as afar as they can, pervert the holy ordinance of God, and thus become savage wild beasts, while magistrates ought to bear the image of God, I reply that the order established by God ought to be so highly valued by us as to honour even tyrants when in power. There is yet another reply still more evident, that there has never been a tyranny, nor can one be imagined, however cruel and unbridled, in which some portion of equity has not appeared. God never allows His just order to be destroyed by the sin of mcn without some of its outlines remaining unobscured. And finally, some kind of government, however deformed and corrupt it may be, is still better and more beneficial than anarchy.

4. In the light of 1 Peter 2:18–20, maya Christian ever participate in a labor strike for higher wages or better working conditions? What might be a more distinctly Christian approach to these problems?