Key Verses: “Beloved, I beg you as sojourners and pilgrims, abstain from fleshly lusts which war against the soul, having your conduct honorable among the Gentiles, that when they speak against you as evildoers, they may, by your good works which they observe, glorify God in the day of visitation.” 1 Peter 2:11–12

With his address “Beloved,” the apostle Peter begins the second major section of his letter (see 4:12; 2 Pet. 3:1). This segment continues through 1 Peter 4:11, and its central theme involves a summons to believers to live exemplary lives in a hostile world. This large passage can be divided further into two sections: 2:11–3:12, explaining how Christians must conduct themselves before a critical world in various social structures; and 3:13–4:11, describing suffering for the sake of righteousness and the obstacles that believers can overcome in a pagan society. 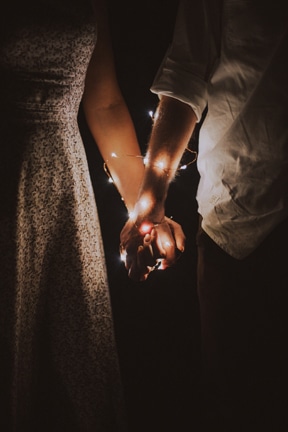 The Bible passage treated in this lesson consists of merely two verses, printed above. They present a rather startling view of gospel evangelism, don’t they? In a time when the church seems virtually overrun with advice about evangelism methods and techniques, the Lord gives us, through the apostle Peter’s exhortation, something within reach of every believer.

“Beloved, I beg you…[to] abstain from fleshly lusts.” Here’s the heart both of Peter’s pastoral tenderness and of this passage. In the preceding verses he had described God’s mercy in choosing a people, so that this apostolic summons forms an extension of divine tenderness. It was God’s electing love that had made the believers in Asia Minor sojourners and pilgrims. From that love they must now draw their motivation for living differently “among the pagans” (v.12) who have not tasted divine mercy.

The apostle’s phrase, “sojourners and pilgrims,” recalls Abraham’s confession to the children of Heth: “I am a foreigner and a visitor among you” (Gen. 23:4; see also Ps. 39:12). Believers are like temporary visitors passing through a foreign land. Their citizenship is in heaven (Phil. 3:20), and here on earth they have no “continuing city” (Heb. 13:14).

This status of being aliens requires a style of living like strangers to the world. Negatively this requires maintaining distance toward sin; positively, it demands an upright life.

The key word of Peter’s exhortation here is the verb “abstain from.” Abstinence results from self-control, the art of governing yourself and your desires by the exercise of reason. In the Christian scheme of things. such abstinence results from sanctification and growth worked by the Holy Spirit. (Question 1)

Believers must abstain from “the desires of the flesh,” from the kind of existence dominated and depraved by desire and addiction. The influence of evil desires remains a perpetual threat against the believer’s new life in Christ. When one becomes a Christian, he moves away from a former way of life.

The danger posed by our former way of life and these evil desires is life-threatening. Peter describes it in military language: “fleshly lusts which war against the soul.” Our personal well–being is at stake. In view of the enemy’s power, the Christian’s best strategy is twofold: defense by ruling evil desires. and reconnaissance to avoid evil desires. (Question 2)

Living this way will inevitably bring on the scorn and ridicule of pagans. “Imagine,” they will say, “these people are too afraid of life, too narrow-minded, too ignorant to join us in our freedom.” Worse yet, Christians will be publicly identified as evildoers (see 2:14 and 4:15). Their “crime” will be breaking up the “community” by breaking socially accepted rules [or tolerance and open-mindedness. This “crime” will be punished by pagans with their only weapon: social. economic and cultural discrimination. Believers will be intentionally discredited. (Question 3)

Still, under these oppressive circumstances, keep on doing good, Peter urges (2:12). Do this by living such good lives among the pagans, demonstrated by good works which will ultimately compel pagans to glorify God.

Of course, this docs not mean that the praise of pagans determines for believers what is good con· duct. Unbelievers will criticize the good as if it were evil. But the force of Christian goodness will be like that of God’s goodness: pagans will be without excuse, compelled to acknowledge their own rebellion against the LORD and His anointed.

Glorifying God is not merely the consequence of pilgrim holiness among pagans. It is the goal and motive of that holiness: “they may, by your good works which they observe, glorify God in the day of visitation” (2:12). Clearly Peter is echoing the Savior: “Let your light so shine before men, that they may see your good works and glorify your Father in heaven” (Matt. 5:16).

To describe this pagan “recognition” Peter uses a verb that points to genuine insight and perception. Good works create an opening in the wall of pagan ignorance. Suddenly people understand why Christians behave as they do: God is at work in them! Good works are transparent, letting through the light of God in Jesus Christ.

Read 1 Peter 2:11–12 once more to notice how, by their exemplary character, believers must seek to transform pagan scorn into praise. Their conduct must set unbelievers to thinking in such a way that some might even come to faith. Those very actions moving unbelievers to slander will serve to lead the gospel’s enemies to praise God. (Question 4)

The coming “day of visitation” or “day of inspection” refers to the day of judgment. While this is not to deny that God judges His and His people’s enemies here and now, the force of Peter’s argument here is eschatological, that is: pointing to the end of time. As we observed above, in His Sermon on the Mount Jesus made the same point, but without specifying the time when pagans would glorify God.

1. Look up in a concordance the words “abstain” and “abstinence.” For each occurrence, identify who is being called to abstain, and from what they must abstain.

3. Mention several ways in which you are being discredited for your beliefs or lifestyle as a believer. Give examples of modern social, economic and cultural discrimination against Christians.

4. Read Deuteronomy 4:6–8 and Heidelberg Catechism, Lord’s Day 32, QA 86. Explain why obedience to God’s Word or a godly lifestyle is an effective form of evangelism. Is it an adequate form of evangelism? Defend your answer from Scripture.