Key Verse: “…kept by the power of God through faith for salvation ready to be revealed in the last time.”

Letters are meant for slow reading. People read and re-read them for key phrases and special sentences. You don’t read a letter like a history book or an encyclopedia. Rather, when you open a letter, you expect to meet someone or to pick up where you left off with an earlier conversation.

The three sections of our passage, verses 3–5, 6–9 and 10–12, are tied together by the key idea of God’s gracious salvation. This is the goal behind God’s preservation of us (v. 5), the goal of our faith (v. 9), and the object of the prophets’ curiosity when they were testifying about Jesus Christ (v. 10).

The first thing we notice as Peter gets into his letter is that the Holy Spirit led him to choose his words very carefully.

Peter doesn’t say, “We have been born again,” but: “God brought us forth again,” emphasizing the creative activity of God the Father. According to these verses, the measure of this creative activity is God’s own abundant mercy; its goal or objective is a living hope; and the means God uses to give new life is the resurrection of Christ.

Notice that Peter includes himself with his readers: God brought us forth. Everything he says here was especially true of himself. After Christ’s resurrection Peter was really a new person. He tasted God’s rich mercy when Christ restored him as one of His shepherds (John 21:15–19). Peter’s Pentecost preaching proclaimed hope in the name of this risen Christ (Acts 2:31–32).

The believer’s living hope is directed to the inheritance that the Father keeps for us in heaven (v. 4). An inheritance is something that’s real but not yet enjoyed. The most noticeable attitude of an heir is anticipation. (Questions 1 and 2)

Here Peter picks up an idea as old as Abraham, to whom God promised the land of Canaan as his inheritance (Gen. 15:7 and 17:8). But this Old Testament inheritance, luscious and beautiful though it was, had been repeatedly devastated by Israel’s enemies or by natural catastrophes, and dirtied by religious perversion.

By contrast, the church’s heavenly inheritance is being kept safe from the soiling powers of death, sin and time. This inheritance consists of the treasures of God’s kingdom (see Matt. 25:34; 2 Pet. 1:11), the blessings of full redemption and eternal joy awaiting the church in glory. (Question 3)

So we Christian pilgrims shouldn’t mope about as if we had no hope, for we have received God’s promise of a royal inheritance! The important thing is this: we must keep looking up, all the way to heaven! Our hope is in God, who has called us to His eternal glory (1:21; 5:10).

Not only the inheritance, but the heirs too are being kept safe by God. With a military metaphor Peter points us to God who is a refuge and fortress among our enemies.

Compare this to Israel’s own experience. The land of Canaan lay ready for her to enjoy. She was led and protected by the LORD through the wilderness only as she kept her eye on the promised inheritance. The same goes for us!

The beginning of verse 6 is either a declaration of fact or a summons. We prefer the latter, in view of the many summons to rejoice found in the Old Testament and the teaching of our Savior. Peter is calling his readers to rejoice amid mixed experiences.

What kind of mixed experiences? Well, present suffering in contrast to future glory is one. This suffering may arise because we follow Christ; we may suffer for the sake of righteousness and truth. Such pain is meant to purify our faith, so that its genuineness may be visible when Christ returns to judge.

Another mixed experience in which Christians are called to rejoice is believing in Christ without seeing Him (v. 8). Unlike Peter, his readers had never met Jesus personally in the flesh, but they nevertheless loved Him. Having learned to know Jesus by mere hearing, they were the very ones Jesus had pronounced blessed when Thomas demanded to see His crucifixion wounds (John 20:29).

Christian joy in loving and believing the invisible Christ, writes Peter, is both inexpressible and full of glory. This delight cannot be put into words, so full and rich and wondrous it is.

Yet, says Peter, pilgrims who look up and long for redemption will receive the salvation-prize as they believe. Already now they experience salvation at the center and core of their lives. 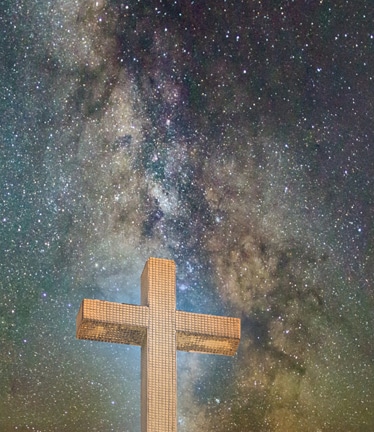 So blessed is this salvation already being tasted by believers that those who announced its coming eagerly investigated its timing and fulfillment.

Clearly Peter teaches us here that the present is a time of grace, while prophesying occurred in the past time. The prophetic period is finished.

Pay close attention to Peter’s formulation: the Spirit of Christ testified beforehand Christ’s sufferings and subsequent glories of Easter, Ascension and Pentecost. This is a juridical or law-related statement describing a courtroom situation. How strange, that a witness gives his testimony before the fact! Ah, but what better Witness than the very Spirit of Christ?!

The implication is that the prophets were often unsuccessful in their search for insight. Often they said more than they understood. But the Holy Spirit revealed to them, not necessarily the answer they were looking for, but certainly the job they were supposed to be doing (v. 12). The Old Testament prophets had a serving or ministering function.

Prophecy was directed by God with an eye to later generations. Christians in Asia Minor (Peter’s first readers) were served by this prophetic witness. We today as well! There is a single line throughout the entire Bible: Jesus Christ. The Center of both written prophecy and spoken gospel is the mystery of Jesus Christ in His suffering and exaltation. He is the living Bond between Old and New Testaments, since His Spirit both inspired the prophets and filled the apostles. This same Spirit keeps the Old Testament writings alive for New Testament believers.

In fact, it was the Holy Spirit Himself, sent from heaven at Pentecost, who had brought the gospel to Peter’s readers. Those who had preached throughout Asia Minor were led by the Spirit. He had spoken through the mouths of many “reporters.”

Driven by a desire to see with their own eyes the unfolding of redemption, angels would willingly stoop to look down from heaven over the shoulders of believers at salvation’s progress. Having seen Christ return to heaven in full glory, they now await the completion of His work in history.

What comfort for us who are pilgrims chosen by God to suffer in a hostile world! All things connected with redemption are not yet fully revealed, but they are real, kept in heaven for all who love Jesus. We have been privileged to see in the preaching of the gospel far more than prophets and angels understood or saw. This rich and living hope of salvation puts a song of joy and faith in our hearts and on our lips, a song demonstrated with lives of sacrificial holiness. (Question 4)

1. In our age of instant gratification, we use remote controls and push-button appliances to get immediate money, music and munchies. Mention some things in life that don’t come right away. Why can it be good if you have to wait a long time for something?

2. Read Romans 5:3–5. Explain the connection between Christian suffering and hope. Does all tribulation produce hope? Why (not)?

4. Christians who long for their heavenly inheritance tend to ignore their earthly responsibilities. True or false? Why?