In January the trustees (formerly Synodical Interim Committee) of the Christian Reformed Church in North America(CRCNA) sent a letter to members of their denomination. In that letter the trustees “observed with increasing disappointment and concern the various negative statements and charges which have been leveled at the CRCNA and its various agencies.” And, while they chose “not to reply to such negative networking,” they apparently did have a mass mailing to assure the members of the CRCNA that all is right with the denomination. The letter also warns members not to judge the denomination on statements which are “either quoted out of context or misquoted and twisted to convey a different meaning.” 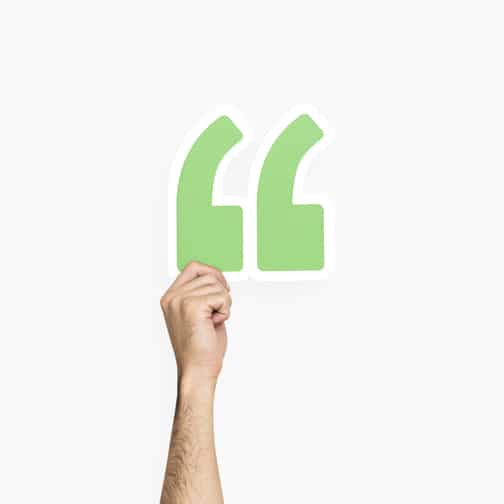 The trustees can be assured that men like P.Y. DeJong, Rev. Art Besteman, Rev. John Kruis and others are not leaving the denomination they grew up in and love because of quotes taken out of context. People are becoming disillusioned with the activities of CRCNA not because they believe “distortions of the truth or blatant untruths,” as the letter claims; it is because they see CRCNA rapidly slipping from her Reformed heritage. It is not because they blindly believe everything they read; it is because they have done the research and found it to be true.

The following is only one example of the way a CR church council worked hard to discover the difference between “truth and distortions of truth or blatant untruths.”

In January 1992, The Outlook published a review of Christian Faith, Health, and Medical Practice (Fellows of the Calvin Center for Christian Scholarship, Calvin College; Eerdmans: 1989). The review was written by Rev. R.B. Lanning and Dr. D. Kreuze. Their review claimed that the authors of the book were very supportive of abortion.

After reading the review, I bought the book to prove the reviewers wrong. I read the book, and to my horror. Rev. Lanning and Dr. Kreuze’s review was not only accurate, but I found many other areas where the book denied that life begins at conception, opposed a Right to Life Amendment, and claimed the fetus was a non-person.

Hoping against hope that our interpretation of Christian Faith, Health, and Medical Practice was incorrect, we negotiated with our Board of Trustees representative to have Dr. Bouma speak at our church. Read that sentence again. Our church has supported Calvin College for over 100 years, but we had to negotiate with our Board of Trustees representative in order to have a professor of that college speak at our church. At first Dr. Bouma offered to come; then, later he refused. We actually had to write letters to President Diekema, the Board of Trustees and our board representative before he consented to speak at our church. We also had to negotiate terms for the meeting. Part of that negotiating was that we were not permitted to record Dr. Bouma’s lecture in any way, nor could anyone outside of our congregation be invited to the meeting. We complied with the first stipulation, but informed our intermediary that, while we would not openly invite anyone to the meeting, we would not police the event.

At long last, on September 15, 1993, the doctor came and spoke to members of our congregation. During that meeting he blatantly promoted abortion and ridiculed Right-to-Life agencies. He showed slides of children with physical deformities and childhood diseases, all of which could have been avoided, according to Dr. Bouma, by a simple and safe procedure called abortion. He claimed that a fetus with congenital defects is not a full person, so its termination is totally acceptable and should be practiced in some cases. He asserted that we can hardly say a fetus is an imagebearer of God and thus not a person.

When asked if he thought abortion was ever murder he said, “No.” This is only one case in which the elders of churches I served corresponded with agencies of the CRCNA to discover truth from “innuendo.” I do not know any council that takes delight in writing letters, making phone calls and doing all kinds of follow-up work with agencies of the CRCNA. These actions were not taken with the intention of attacking the church; they were done to defend a denomination we love. Unfortunately, after hard work and diligent research, it was acknowledged that charges leveled against the agencies were accurate. When the truth is discovered we are duty bound to report it by virtue of the oath we have taken when entering the offices of minister or elder. By oath before God, we have promised “to be faithful watchmen over the house of God, taking heed that purity of doctrine and godliness of life be maintained.”

And now we are accused of distorting the truth? These are bold accusations for the Board of Trustees of the CRCNA to make in a letter to members of the denomination, especially since they are made with absolutely no grounds to support them! A simple “in most cases we have chosen not to reply” is not enough! It is time to reply to researched findings. Letters filled with assurances and statements of faith may appease those who blindly follow whatever the denomination does; but it does not convince those who have worked hard to distinguish between “truth and distortions of truth.”

A credible statement of faith requites a credible lifestyle. Do not just tell us that the CRCNA is faithful to the Scripture and the Confessions. James 2 says: “Show us.” Show us how promoting abortion complies with the Scripture and Confessions. Show us how claiming that a fetus cannot be a “full person” or “image-bearer of God” agrees with the Bible and Lord’s Day 3 of the Heidelberg Catechism which asserts life begins at conception. Show us how promoting the teaching of evolution as a credible option is in compliance with God’s Word on creation.

If we are wrong, teach us. If we are right, believe us.