Recently I had lunch with several friends. One of my colleagues had visited several days earlier with the pastor of a large evangelical church in an area where many Christian Reformed Churches are located.

The pastor mentioned that many Christian Reformed people were attending his church and that not a small number of them were joining. As we ate lunch that day we asked the question, “Why?” The suggestion was made that perhaps some of these people were hungry to hear the gospel: the church about which we were speaking is neither Reformed in its theology nor is it Pentecostal. It is known for its clear, forceful presentation of the gospel and the demands of the gospel upon daily life. Some members of the Christian Reformed Church seem to be finding there what they are not finding in their own churches.

As I have been reflecting upon our conversation I recalled a visitor in our own church several weeks ago who has been a leader in his own church, which is one of the larger congregations in our denomination and which is now without a pastor. As we chatted together following the service he said to me, “I can count on one hand the number of visiting pastors who have preached the gospel since we have been vacant.” And he was greatly burdened. I recall those occasions when our own family has sat under the preaching of Christian Reformed pastors who neglected to include in their sermons a call to repentance and to faith in Jesus Christ. 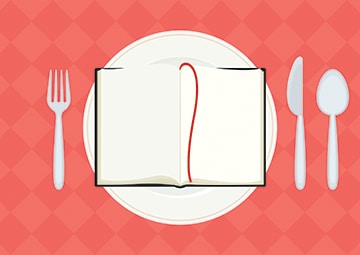 It is indeed very well possible that there are members of the Christian Reformed Church who are hungry for the gospel and who are looking elsewhere for what they cannot find in their own churches. As the authority of the Bible is increasingly coming under attack in our denomination and as some lose confidence in the power of the Word preached to attract sinners, we find some preachers becoming more and more enamored with innovations and novelties. This often takes place at the expense of the proclamation of the Word which alone can fulfill the need of the seeking sinner.

Recently while waiting in an airline terminal for a flight I met a pastor who had completed ten years of service in the Netherlands. He made the observation that where the gospel is proclaimed the churches in the Netherlands are well attended. This, he said, is in contrast to the poor attendance at the churches where the Word is no longer being preached. Do we note a similar situation in the United States and Canada?

Preachers and parishioners, what is being preached from your pulpit? Is it the word of man which leaves the hearers hungry and searching?

Or is it the gospel which is God’s power unto salvation to all who believe and which alone satisfies the deepest and greatest need of man’s soul?

Rev. Arthur Besteman was pastor of the Beverly Christian Reformed Church in Wyoming, MI in 1988. He retired in 1999.