Today the feeling is widespread that the Christian Reformed Church is passing through a period of spiritual declension. Although the churches are still crowded with worshipers who give liberally, we are facing an attitude of smugness on the part of many who think that we have “arrived.” They are willing to expand the practical programs of the church but give little consideration to the basic principles of Reformed faith and practice.

Many are the remedies prescribed for this disease with which we are all too familiar.

Some insist that we must stimulate reading among our people; others that we need a new type of preaching in our pulpits; still others that we will have to attract our young people by informal services and social hours. In many cases the blame is placed squarely on the shoulders of the ministers, where undoubtedly a large share belongs. Others would blame our people for being materialistic and pleasure-mad. And in accordance with the diagnosis the medicine is prescribed. But what is often forgotten is that God has given us one powerful weapon for the defense of the faith and practice which we claim to love. And this weapon is too often left unused. We are referring to the eldership in the churches. 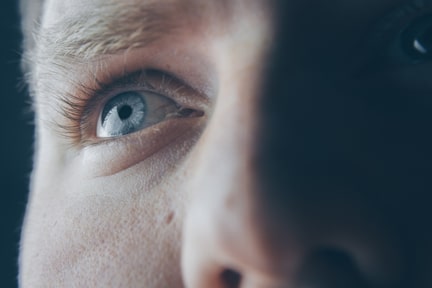 In every well-organized local congregation there are three offices reflecting the triple office of the Savior.

But in our evaluation of them, we often fail to give the proper scriptural emphasis. Quite generally our people think of them as constituting a hierarchy, headed by the ministers, under whom and of far less importance are the elders, and finally, as least significant of all, the deacons. As a result, ministers are expected to perform all the work in the congregation. According to many of our people the elders should not be asked to teach catechetical classes, visit the sick, or even engage in family visitation without the pastor.

However, this is not the position officially maintained by our churches.

On the basis of Scripture the Reformed churches have always insisted on the significance of the eldership for the practical life and order in the congregation. While the minister is but one, the elders are several. While the minister moves about from church to church under ordinary circumstances, the elders usually remain in the local congregation. Historically speaking, the ministry of the Word and the sacraments is an outgrowth of the office of elder or bishop referred to often in the New Testament. A congregation needs far more an excellent staff of spiritually-minded and intelligent elders than an unusually gifted minister of the Word.

While the churches have held this office in high esteem theoretically, practice has not kept pace. This has especially been the case during the past generation. There is a trend among our people which betrays the superficial standards which many employ when judging the credentials for eldership. In the minds of many the incumbents of this office are much like a Christian businessmen’s organization who occupy a prominent place in church on the Lord’s Day but do very little spiritual work in the congregation during the week. Too frequently the consistory is far busier with all kinds of building plans than with the spiritual needs of the people. The chief concerns on the part of some, if not many, seem to be a growing membership roll, friendliness at the church doors, organizational efficiency, and the success of the latest financial drive.

As a result the more important matters are often neglected.

There are congregations where family visiting is grossly neglected, the sick are visited by none but the pastor, and the broader program of the denomination is all but unknown. Even where there is concern for the spiritual welfare of the local congregation, there is on the part of most elders little intelligent understanding of and wrestling with denominational problems.

How vastly different this was some forty and fifty years ago!

Of course, at that time our people couldn’t concern themselves much with building projects, sociability, and financial drives of all kinds. However, there was a conscious and consistent attempt on the part of many elders to “keep up” with the actions and ideals of the denomination. The elders read the religious periodicals. studied the Church Order, interested themselves in sound doctrine, perused the Acts of Synod faithfully, and took a lively part in debates on major issues.

Today this whole field is left fallow by most of our elders. As a result it has by default become the sale responsibility of the ministers. Voices warn us against a growing “clericalism” (rule by the clergy) in our churches. Yet a sizable share of the fault for this lies directly at the door of the elders. Let’s ask some pertinent questions concerning this matter.

It might be very necessary to ask first of all whether the elders, as a rule. care about knowing precisely what is going on in the Christian Reformed Church on the classical and synodical levels. Isn’t it a known fact that often the elders are much inclined to vote at such meetings as the ministers direct? How often do they take an active part in molding the life of the churches at these broader levels? Have we perhaps reached the stage where the elders, like most of the members, are satisfied with conditions as long as the wheels of the denominational machine are well greased? It seems as if we are beginning to pay a fearful price for having concentrated power in the hands of a few.

It may be replied, but do our elders really know what is going on in the church? Even if they desire information, is this obtainable? Perhaps this is to a large extent the heart of the problem. Let us admit that there are members of boards who seem to feel perfectly justified to withhold information from classical assemblies concern ing the work of the denomination and the policies which are followed. However, in spite of such situations there are surely several avenues of obtaining the needed information which too many elders leave unexplored.

How many are aware of the basic problems or principle and practice facing our mission program at the present time? How many take time to check the reports of the Back to God Hour Committee and the Home Missions Board? How often are they interested enough to seek answers to basic questions concerning the situation in Calvin College and Seminary? Do most of them study the material presented in the synodical Agenda, so that they can defend intelligently their position on important matters? How many are conversant with the decisions reached at the last synod? Let us never forget that the duty of the eldership is to rule the house of God well. To that end they must know the facts and be able to evaluate them critically.

We are fast approaching the days when new elders will be elected and installed in the churches. Hence now is the time to give some serious consideration to the problem of making our elders more aware of their God-given duties on the level of denominational life.

The chief characteristic of an elder should be wholehearted consecration to the Lord and therefore to his Church.

The elder is not first of all called by the congregation but by God himself who has listed in the Word his qualifications for eldership. The necessary credentials are not that he should be a nice fellow, able to get along with people, and pliable to the point of compromise for the sake of peace. The enemy is undermining the Church which Christ loves. He is marshaling all his forces against the kingdom of heaven. And if he succeeds in penetrating the broader assemblies with their boards and committees, he will in time devastate the spiritual life of the local congregations.

We must call ourselves back to a thorough consideration of what God demands or the elders. They are exhorted to exercise the oversight of the flock entrusted to their care and to rule the house of the Lord well. The Form for Ordination specifies at least the following tasks: (1) maintaining the purity of the Word and sacraments (2) upholding good order in the church (3) guarding the sacredness of the offices (4) exercising Christian discipline faithfully (5) promoting the faithful discharge of the offices by their fellow-officers (mutual supervision) (6) defending the sheepfold of Christ from the wolves or the world, and (7) reproving all who are disorderly in the body of Christ. What is begun on the level of the local congregation must be continued in and through our classical and synodical gatherings. The welfare of the whole Christian Reformed Church should be as zealously guarded as the spiritual prosperity of any single congregation.

That this is a tremendous program goes without saying. No one is sufficient to these things of himself. Yet we may with boldness ask the Lord for grace and strength in the blessed assurance that he gives liberally and upbraids none who seek his help.

In order that this part of the elders’ task may be more faithfully discharged, perhaps a few practical suggestions are not out of place.

(1) Let every elder pledge himself to spend two hours or more each week, in addition to his regular congregational duties, for the purpose of developing himself through study. This will mean perusing the Agenda and Acts of the synods, various religious periodicals, and any books and pamphlets dealing with his task.

(2) Let each elder regularly attend the meetings of the Elders’ Conference and help to make these meetings effective instruments for the development of himself and his fellow-elders.

(3) Let each elder insist on a thorough discussion in consistory and class is and synod of the basic issues which face the churches. Too many ministers and eIders, we fear, are interested chiefly in getting home early from every ecclesiastical assembly.

(4) Let each elder and every consistory protest against any action violating good order in the churches, in spite of the fact that such will make elders and consistories tremendously unpopular.

(5) Let each elder constantly remind himself that the welfare of Zion depends not so much on beautiful buildings, friendly personnel, and an elaborate organization as on the blessing or the Holy Spirit. And that blessing may be expected only when we walk in the path of faith and obedience.

Let not the elders hesitate to stand as watchmen on the walls of Zion. And when they become unpopular because of their loyalty to God and his Word, they should remember that our Savior was not popular either. It may be well to remind ourselves often of his words, “A disciple is not above his teacher, nor a servant above his lord. It is enough for the disciple that he be as his teacher, and the servant as his lord.” Only then may our elders in humble confidence expect to hear the commendation of him whom they serve, “Well done, thou good and faithful servant.”