With Revelation 4:1, we begin a new section in the book of Revelation, thereby affording us the opportunity to reorient ourselves in terms of the structure of the book. Following the lead of William Hendriksen in his masterful commentary, More Than Conquerors, we have stated that there are seven sections in Revelation: chapters 1–3, chapters 4–7, chapters 8–11, chapters 12–14, chapters 15–16, chapters 17–19, and chapters 20–22.

Since each of these seven sections spans that entire time period between Christ’s first coming and His second coming, we must avoid the error of the premillennialists, many of whom read into Revelation 4:1 the rapture of the church. In this view, John, the representative of the church, is commanded to “come up” to heaven. This, according to many premillennialists, is a reference to the rapture of the church prior to the tribulation. The church is taken out of the scene; she does not suffer those horrors and tribulations described in the remainder of the book. From Revelation 4 onward the church is simply not in view. Thus, the majority of the book is placed in the future, rendering it irrelevant to the church today. Such error must be left behind!

Not only must we leave behind the error of the premillennialists, we must also reject the “Jewish dreams” of the postmillennialists, who are looking for a great “golden age”—an age in which the church will know great success and triumph, even to the point of ushering in the kingdom of God in an almost imperceptible passing in to the new heavens and the new earth. To such a view, the book of Revelation poses great problems. It speaks not of a golden age, but of terrible tribulation. It speaks not of triumph, but of martyrdom. It speaks not of success, but of apostasy. The postmillennialists answer such problems by placing the book of Revelation in the past; many of them contend that the majority of the events in Revelation were fulfilled in the year 70 AD, with the fall of Jerusalem. Thus, the majority of the book is placed in the past, rendering it irrelevant to the church today. Such error must be rejected as little more than “Jewish dreams”! 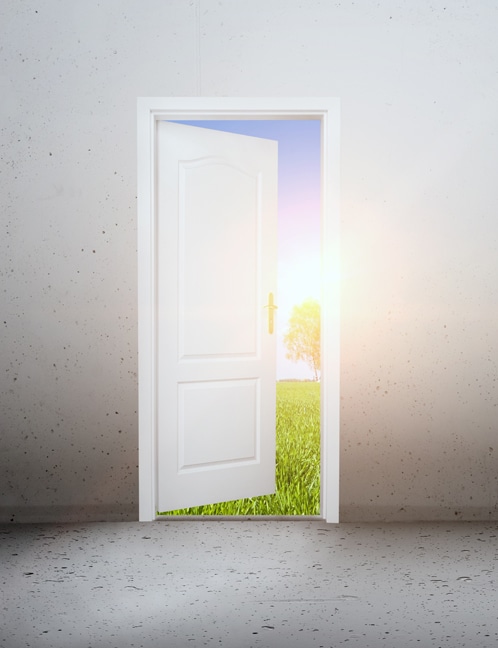 Furthermore, it must be noted that these seven parallel sections are not merely repetitions of one another; there is movement from section to section. Each section records for us the same history, but with increasing detail and vividness. In comparing chapters 1–3 with chapters 4–7, we should expect that chapters 4–7 would be that much more detailed; much more vivid; and that chapters 4–7 would heighten the drama. And indeed, they do. If you thought chapters 1–3 were intense, wait till you read chapters 4–7! The progressive nature of these seven parallel sections has the effect of propelling the reader forward.

There are connections between Chapters 1–3 and Chapters 4–7 indicating that they are dealing with the same reality, albeit from a different angle. There is the voice of Christ, like the sound of a trumpet in chapter 1:10; and His voice like the sound of the trumpet again in 4:1. There are the seven spirits of God in 3:1 and again in 4:5 and in 5:6. There are the saints seated on the throne in 3:21 and they are seated on the throne again in 4:4. There are the saints with their crowns in 2:10 and 3:11 and again in 4:4.All of this imagery connects the two sections together, suggesting that indeed, they are covering the same period of time.

Note still further two other connections between these sections: first, the imagery of the door. In chapter 3:20 we read, “Behold, I stand at the door and knock. If anyone hears my voice and opens the door, I will come in to him and dine with him and he with me.” Now in chapter 4:1 that door appears once again: “After these things I looked, and behold, a door standing open in heaven…” The imagery of the door connects these sections together.

Let me remind you of what we said concerning this door: many have taken these words as an evangelistic text in which Christ is standing at the door of the sinner, pleading and weeping that the sinner will just open the door so that Christ may come in and save him. But that misses the point altogether! In the first place this verse is not addressed to the unbeliever, it is addressed to the church. In fact, it is not even so much addressed to the church in general, but specifically to God’s elect within the church. It is important to note that the verse follows on the heels of verse 3:19, where Jesus speaks of those whom He loves, and whom He chastens out of that love in order to bring them back to Himself.

But Jesus says, “If anyone hears my voice and opens the door…” True enough. But who are the ones that hear Jesus’ voice? Jesus tells us in the gospel of John, “my sheep hear my voice!” Who are the ones that hear the voice of Jesus and actually open the door? They are the elect of God, the sheep of the Good Shepherd, those whose hearts have been regenerated—those in whom God has created not only the ability to believe, but the belief itself. Far from being an evangelistic text which pictures a weak, powerless, and weeping Savior, these words are a profound statement of the communion that exists between Christ and His own, between the Good Shepherd and his sheep.

While the same door is in view here in chapter 4:1, we learn here that that door leads to the throne—that throne which, in turn, also connects chapters 1–3 with chapters 4–7. We read in 3:21, “To him who overcomes I will grant to sit with me on my throne, as I also overcame and sat down with my Father on his throne.” We read in 4:2, “Immediately I was in the Spirit; and behold, a throne set in heaven, and One sat on the throne.”

What is set before us here in Revelation 4 is nothing less than the very throne room of the living and holy God! Heaven itself is being unveiled before us! We are allowed a glimpse into the very throne room of God in heaven! The door is “in heaven.” The throne is “in heaven.” Heaven is being opened before our eyes! The skies are being rolled back like a scroll. The voice of Christ sounds forth like a trumpet. Heaven is opened, and we are allowed a glimpse into heavenly reality. There is a throne in heaven, and One sits upon that throne—the throne is not vacant—God sits upon the throne.

In that light we see that the symbolism of this book serves a purpose; it is intended to draw us into the drama, that we might find our life in the text. As a case in point, consider Revelation 4:1–2, which speaks of the sovereignty of God and of Him as our inheritance. Now John could have written exactly that. He could have written, “God is sovereign, and He is your inheritance.” But that is not how the Holy Spirit communicates the truth to you. Instead, He has John write, “I looked, and behold, a door standing open in heaven….behold, a throne set in heaven, and One sat on the throne.” The very language itself, inspired as it is, draws us into the drama.

What is set before you in Revelation 4 is the throne room of the living and holy God. It is set before you as your inheritance. There is a God in the heavens—a God who sits on the throne—a God who is sovereign over all, and this God is your inheritance! The remainder of Revelation 4–7, with its throne-room scene in chapters 4–5, and its opening of the seals in chapters 6–7, will set before us, and that in the most vivid of terms, the sovereignty of God in accomplishing and securing the redemption of His people, even placing them in heaven itself ever to behold his glory!

To that glory, we’ll give our attention next time, as we begin to consider the throne room of God.