There is also the movement in classical education in our country. Classical education is formed around the Trivium, which for centuries was a tried and true method of education. From the Association of Classical and Christian Schools and in their monthly newsletter, there are multitudes of references of classical schools budding up around the country. The home school movement is something that ought to be greatly encouraging. It holds out great promise for the church, and it holds out great promise for the Reformed faith in our day as well. Yes, there are a lot of evangelicals and a lot of fundamentalists who are home schooling. Of course there are secularists as well that are home schooling, but the Reformed faith is having an enormous influence in this area. At a recent conference, a minister from a reformed congregation got up and preached to an assembly of 2,0003,000 people about the importance of catechizing. You know, they just soaked it up like a sponge soaks up water. They swamped him afterwards to receive further instruction, “Where can they can get catechisms?” “How can they do this?” 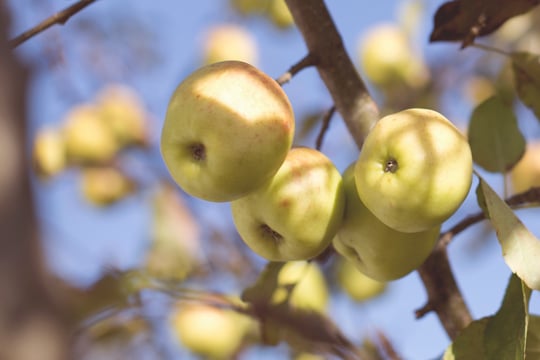 Brothers and sisters, I relate to you some of these stories and statistics as evidence and as observations of what God is doing in America. As evidence and as observations that it is a glorious, a thrilling time to be Reformed. When God is at work, the Reformed faith is alive and well! That is an understatement. It is an understatement to say that the Reformed faith is alive and well. It is growing, propagating, it is prospering in these circles, and it is having an effect on evangelicalism. When Moody Press begins to publish Reformed works, you know that something is flowing in the right direction.

I would like you to note two things about all these stories, statistics, evidence, and observations. Of all that I mention to you there is nothing that is older than 20 years. These are all developments that have occurred in the last 20 years, and the vast majority of them are things that have developed in the last 10 years.

I mentioned at the outset that we have all gone through discouraging times of declension: ecclesiastically, spiritually, morally, theologically, and even in our own fellowship. I present these things to tell you, brothers and sisters, that there is every reason to be encouraged. God is doing great and wonderful things.

I would like you to note a second thing, though, and I think this will particularly encourage you. The profound and pervasive influence is not just the Reformed faith in general, but of Dutch Reformed theology in particular. I was listening to some lectures recently about Southern Presbyterianism and the lecturer was commenting on how, from 1955 to 1980 there was a revival of Reformed Theology in the south. It showed itself in the Pensacola Institute of Theology, which had annual lectures and Reformed men in to lecture and preach regularly. It was shown in the development, foundation, and growth of Reformed Theological Seminary, at least at its inception and high point. I listened with interest because generally the lectures were about the decline that was occurring in southern Presbyterianism. And as my ears perked up and I listened to this revival of Reformed theology that occurred in the south, what names did I hear mentioned as to those who were prominent in that particular movement? William Hendrickson, P.Y. DeJong, Simon Kistemaker and others. Those names are Dutch Reformed names whom God used for a revival of Reformed theology in the south. That revival has just taken off. I use that word guardedly, but it has just taken off in the south.

Of course, we could talk about the influence of Dutch Reformed theology in particular at Princeton Seminary. Vos left Calvin to take up his position there. Later at Westminster Theological Seminary, there was the influence of Cornelius VanTil, a son of the Christian Reformed Church. R. B Kuiper, Herman Ridderbos (from the Netherlands), and Vos whose works were largely translated by Richard Gaffin. There was a beautiful blending that occurred between the Westminster and Continental traditions there at Westminster Theological Seminary in Philadelphia and then was carried on out in California as well.

We could talk about the influence of Dutch Reformed theology in particular in the person and labors of Bob Godfrey, president of Westminster Theological Seminary in California, who of course was nurtured and discipled in a Christian Reformed Church in the San Francisco Bay area. His influence has become widespread, not only as a preacher and teacher and a very gifted one, but as president of an institution renowned and respected around the world.

Jay Adams and the whole nouthetic counseling movement is a direct result of Cornelius VanTil. I had the privilege of meeting Dr. Adams some ten years ago when he was in Grand Rapids, and I asked him if Cornelius VanTil had any influence on his work. And he said. “Influence? He is responsible the whole thing.” They have bi-coastal couseling centers at both Westminster seminaries. They have seminary programs. They published

A Journal of Biblical Counseling, The Journal of Modern Medicine, and Biblical Ethics in Medicine and numerous other influences. All are a result of Dutch Reformed theology.

These developments in the last ten years, these influences of Dutch Reformed theology in particular, have had a prominent, pervasive influence in the church, in our country, and in our day. Brothers and sisters, I am not even going to take time to consider the missionary results, benefits, blessings, and encouragements or international developments about the Reformed faith… such as what has gone on in Korea, what is going on in Malaysia, and in other places as the Reformed faith is caught by people there and taking off like a flame. Great reason for encouragement!

By now, you might want to correct me or at least qualify me, “Well, Pastor Murphy, are you talking about this as a revival?” Well, I would say there is a revival of the Reformed faith in our land. I think it is unmistakable. Is there a revival occurring in our nation? No. Am I looking at the world through rose-colored glasses? Do I just have a Pollyannish perspective on what is going on? Am I failing to recognize and neglecting to pay attention to other great threats, both from within and without the church, to the faith once for are all delivered to the saints? No, but I write here to encourage you.

Allow me to give you an example of that. Some of you might have heard that the state motto of Ohio, which is on all their state seals, is a quote from the Bible: “With God, all things are possible.” Recently, that saying, as a state motto, was declared unconstitutional. On the same day, homosexual unions were declared legal in Vermont. Just think of what a providential indicator the Lord has displayed there. An abomination is protected by law. And Christianity, on the very same day, is rejected by law. There are major threats out there. I am not Pollyannish. I am not viewing things through rose-colored glasses.

And where is the encouragement then? The encouragement is simply to look at the evidence and observations, the stories and statistics which I related to you in these last four issues of The Outlook, and to recognize that God is doing great things in the midst of His people, to and for, and with the Reformed faith. Compared to things that go on in the evangelical church, Promise Keepers and other fads, the numbers that I mentioned to you are insignificant. Compared to what is going on in our nation as a whole, it may not be that great.

But allow me to conclude by pointing you to something that we all hold dear to our hearts as Reformed believers. And that is that God doesn’t need numbers to accomplish His purposes. “It is not by might and not by power, but by my Spirit, says the Lord of hosts.” We are those whose confess “our Lord God almighty reigns” and, I tell you, He is doing great things.

Do you remember the story of Hezekiah’s prayer when Lachish was under attack by the King of Assyria? After he prayed, on the morning they went out, the angel of the Lord had killed 180,000 men. The Lord doesn’t need numbers to accomplish His purposes. He needs faithful men and women who recognize that He sits on the throne. Who recognize that they are called by Him to be faithful, steadfast, immovable, always abounding in the work of the Lord, knowing that your labor is not in vain.

Can we confess that? Can we confess, with Martin Luther who in the dark times of the Reformation, often found himself in the midst of depression, against the forces which so often seemed to outnumber him? Those forces are alive and well today. I made reference to them. Can we confess with him the words of “A Mighty Fortress”?

“And though this world, with devils filled, should threaten to undo us,We will not fear, for God has willed His truth to triumph through us. The prince of darkness grim, We tremble not for him; his rage we can endure, for lo! his doom is sure. One little Word shall fell him. That Word above all earthly powers -No thanks to them – abideth; The Spirit and the gifts are ours through Him who with us sideth. Let goods and kindred go, this mortal life also; the body they may kill. God’s truth abideth still, His kingdom is forever.”

We can confess that, and we must. AMEN!

Rev. Paul Murphy is the pastor of the United Reformed Church in Dutton, Michigan.