1. THE CHRISTIAN LIFE IS A LIFE IN THREE TENSES

The author of Psalm 116 was reliving the past. He had been in peril of losing his life. He says:

“The cords of death compassed me, And the pangs of Sheol laid hold on me: I found trouble and sorrow.”

But in the midst of his distress and anguish he had called on the name of Jehovah. Out of the depths he had uttered the cry for help: “O Jehovah, I beseech thee, deliver my sou!.” And Jehovah had heard him, and this in such a wonderful manner that, in addition to delivering his soul from death, he had also delivered his eyes from tears and even his feet from falling. Hence, with a view to the past, gratitude filled the poet’s heart, causing him to exclaim, “I love Jehovah.” Yes, the poet is exercising his faith with reference to the past.

The marvelous fact is, however, that it is not possible for the believer, if he be consistent, to live solely in the past. Spiritually he necessarily lives in three tenses; hence also in the present and in the future. Why is this true? Off-hand we would say that it might be possible for him to think, “Yes, Jehovah was wonderful to me in the past, but as to the present I am not so sure, and as to the future, I am very uncertain.” The reason why the believer who reasons consistently cannot argue in that fashion is this: he knows that Jehovah is unchangeable. Does not his very name Jehovah imply this? Hence, he who was the believer’s help in the past, is his strength in the present, and his hope for the future. The author of Psalm 116 understood this. Most beautifully he is living in all three tenses—the past: “Thou hast delivered my soul from death,” etc.; the present: “Gracious is Jehovah and righteous. Yea, our God is merciful”; the future: “Therefore will I call upon him as long as I live.”

And if you will now turn to Psalm 73, you will immediately notice that Asaph, with the reasoning of a God-given faith, draws the same inference. He, too, was able to tell about an amazing experience he had lived through. As he looks back upon a stretch of the path that lies behind him, he is willing to confess that he had come very near to tripping and to falling headlong. “I almost slipped,” you hear him say. “I nearly lost my footing.” Why? Because of the perplexing manner in which God’s providence was operating. Instead of the righteous prospering and the wicked being afflicted, the exact opposite was happening again and again. In his bewilderment Asaph had been tempted to say, “It just is not fair,” the way God is running this world. But then in God’s sanctuary it had been called to his attention that this present life can never be properly evaluated unless it be seen in the light of the eternity that awaits the children of men. A very sharp contrast had been drawn between the end of the wicked and the end of the righteous. He saw it all now. And the result? He, too, exercises his faith. Yes, he exercises it in three tenses. As to the present: “I am continually with thee.” As to the past: “Thou hast taken hold of my right hand.” And as to the future: “Thou wilt guide me with thy counsel, And afterward receive me to glory.” 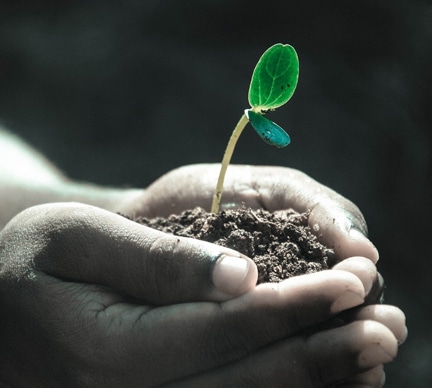 Did you ever notice that Paul, too, most beautifully lives in the past (“It is Christ Jesus who died, yea rather, who was raised from the dead”); the present, (“who is at the right hand of God, who also makes intercession for us”); and the future (“Who shall separate us from the love of Christ?”). Not only “things present” but also “things to come” belong even now to us (Romans 8:38; I Corinthians 3:23).

That trustfulness as to the future will engage our attention in the present series of Outlines.

Now, do not let anyone tell you that it is wrong to stress this individual side of things to come. Just reread Psalms 116 and 73. Notice the I’s.

3. WITH REFERENCE, THEN, TO THIS FUTURE AS IT AFFECTS INDIVIDUALS, WHAT ARE THE QUESTIONS WHICH WILL BE DISCUSSED?

The following tentative list will give you a bird’s eye view:

Death, with emphasis on the question: What is the Significance of Death for the Believer?

A Secret of Unfathomable Depth.

Doing? Shall We Know Each Other There? Do Faith and Hope Go With Us to Glory? Will There Be Progress in Heaven? Is Hell Real? What Is Meant by SHEOL, HADES, GEHENNA? Is There a Purgatory? Are There Degrees of Punishment and of Glory?

Are Those Who Never Heard the Gospel Saved?

Are All Those Who Died in Infancy Saved?

Will There Be a Second Chance?

What Is the Practical Meaning of All This for Our Lives in the Here and Now?

1. Show that the author of Psalm 116 was exercising his faith with respect to the past, the present, and the future.

2. Show that the author of Psalm 73 was doing the same.

3. Just why is it that, having experienced God’s goodness in the past, we immediately infer that this same goodness is being exercised toward us in the present, and that it will also be shown to us in the future?

4. Prove from Scripture that it is right to reflect on our own, individual future.

5. Mention some of the subjects that will engage our attention this season.

2. Is there a danger that a person should begin to pay too much attention to his future state, thereby neglecting his present duty? How can this danger be avoided?

3. Is there also the opposite danger, namely, that a person should begin to lay too much stress on past experiences and present circumstances, thereby neglecting his hope for eternity? How can this danger be avoided?

4. Can you mention any sects which, as you see iI, entertain “queer” beliefs concerning the future?

5. What is the best way to guard ourselves against being won over by these sects?