The decision by a Michigan jury to acquit Dr. Jack Kevorkian of a criminal charge that he helped a 30-year-old man kill himself erases an important line between life and death that will not easily be redrawn.

The jury ignored Michigan’s law banning assisted suicide and played a semantical game when it concluded there is a difference between assisted suicide and easing a person’s suffering. Kevorkian’s lawyer correctly asserted that the verdict “drives a stake into the heart” of the Michigan law.

As with abortion—whose most vigorous proponents argued that the procedure be allowed because a small number of 12-year-olds were being impregnated by stepfathers—euthanasia is being introduced to America at the extremes. Who would not feel compassion for a terminally ill person with no prospect of recovery who wants to avoid pain and suffering and take control of his death?

But that was not the issue in the Kevorkian trial It is one thing, legally and morally, to ask that no extraordinary means be taken to prolong a life. It is quite another to ask someone to help end that life. 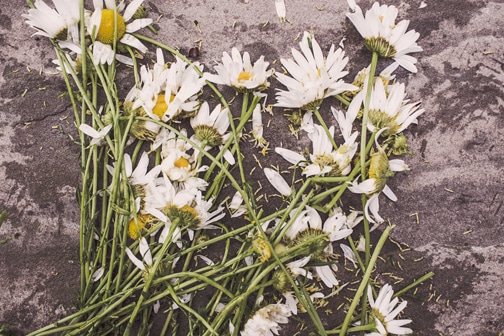 The Michigan case is the beginning, not the end, of this debate. Kevorkian plans to convene a committee of medical professionals to draft guidelines for the practice of physician-assisted suicide in Michigan. He will pressure the American Medical Association and the Michigan Medical Society to “step back and not intimidate” other doctors he claims want to join his cause.

Other states can be expected to test such laws. An assisted-suicide suit was filed in federal court in Seattle last January. The plaintiffs include three patients suffering from AIDS, cancer and pulmonary disease, four physicians who seek to help them end their lives and a group known as Compassion in Dying. Its executive director, Unitarian minister Ralph Mero says, “This is the first case nationally that raises the fundamental, constitutional issue of a patient’s right to choose to die.”

Plaintiffs in the Seattle case claim a 14th Amendment “equal protection” right to die, the same right claimed by those who successfully argued for the right of a woman to terminate her pregnancy and kill her child. Washington voters rejected a euthanasia initiative in 1991 by a 54-46 percent margin. If the plaintiffs win this case, it could go to the US Supreme Court.

The renewed push for euthanasia parallels the debate over national health care. It has serious implications for the sick and the dying.

In her new book, Your Doctor Is Not In, Jane M. Orient, M.D., executive director of the Association of American Physicians and Surgeons, notes that while euthanasia proponents claim to be interested only in voluntary suicide, should the pressures of health rationing increase (as they surely will), an economic formula could soon be used to determine whose life is worth preserving and whose is not.

In the Netherlands, Orient notes, of the 128,000 persons who die each year, between 5,000 and 10,000 people are euthanized. “The ratio of involuntary to voluntary euthanasia is about 2.5 to 1, and it is not known how many Dutch patients carry a card saying, ‘Please do not euthanize me.’”

“Freedom of choice” was the rallying cry for abortion. Now, as fewer doctors perform them, the American Public Health Association has passed a resolution stating that residency programs in obstetrics should be “required” to include training in abortions.

Imagine the money that could be saved if “unwanted, unproductive” people who are going to die anyway (Aren’t we all?) received “assistance” and even encouragement to begin their adventure with death a little earlier than might have been expected.

As Orient writes: “Instead of buying rice or potatoes or other nutrients, at a cost of at least $100 per year, we could buy condoms for teenagers, asphalt for roads and salary increases for public schoolteachers…why should society forgo useful projects in order to provide medical care to those who (don’t) want to live—or to the useless, or even to the unwanted?”

Yesterday’s unthinkables are today’s thinkables. Euthanasia, as abortion, is now thinkable, because human life has been devalued. It now has worth only when it is strong and able to produce wealth (or not drain wealth from the rest of us). Like beauty, life is now in the eye of the beholder. We are becoming our own God, with power over life and death. In human hands, such power could become a type of holocaust. It has before.