Have you ever asked yourself when it comes to what you believe and how you live as a Christian, “Is the Bible enough?” I’m not asking whether the Bible says everything about every detail of life, but whether in what it says about faith and godliness, theology and piety, it says what you need. Take this statement, for example: “Gender identity is a matter of choice.” A recent survey by Ligonier Ministries revealed that among self-professed American evangelicals 49 percent either strongly agreed, somewhat agreed, or were not sure! Think about that. Half of evangelical Christians believe their choice about being male or female determines reality, not how God created them. Is the Bible enough? This is the question of the sufficiency of Scripture that I want to explore.

Why is this even a question? Because we still protest the Roman Church’s rejection of the sufficiency of Scripture and now we must protest many evangelicals’ rejection. At its Council of Trent in 1546, Rome said the church “with like pious affection and reverence receives and venerates all the Books both of the Old and New Testaments . . . and likewise also the traditions.”1 In 1965 Pope Paul VI declared, “It is not from Sacred Scripture alone that the Church draws her certainty about everything which has been revealed. Therefore both sacred tradition and Sacred Scripture are to be accepted and venerated with the same sense of loyalty and reverence.”2 To this the evangelical adds sacred feeling!

Why is this an important question? Can you pick up a Bible, read it, and know what is necessary to be saved from sin and to live to the glory of God? In the words of Augustine: “In clearly expressed passages of scripture one can find all the things that concern faith and the moral life (namely hope and love).”3 Or do we need something else, which Rome describes as its unwritten traditions and which evangelicals describe as what makes them feel good about a decision? This is so important because once you say Scripture alone is insufficient you can find “what [you] please out of Scripture, and escaping from every passage that might be urged against [you].”4 That’s what John Calvin said about Rome’s tradition, which is equally appropriate in today’s culture.

What do we mean when we say the Scriptures are “sufficient”? Again, we are not saying the Scriptures say everything about everything, so that the only book we read is the Bible. The sufficiency of Scripture correctly understood means that the things we need to know for salvation and godliness are revealed by God in his Word: “The whole counsel of God concerning all things necessary for His own glory, man’s salvation, faith and life, is either expressly set down in Scripture, or by good and necessary consequence may be deduced from Scripture” (Westminster Confession, 1.6). Let’s take a look at a familiar passage about this: 2 Timothy 3:14–17. Notice the connection between the Scriptures being breathed out by God, meaning, he spoke them, and therefore they are “able to make you wise for salvation” and are “profitable for . . . training in righteousness.” This passage teaches the sufficiency of Scripture in several ways. 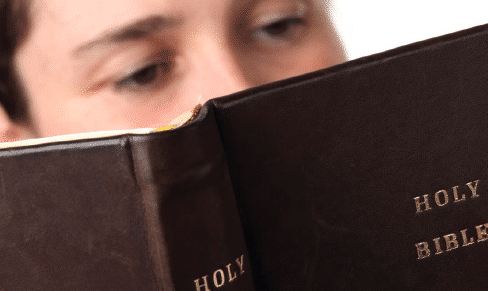 First, the Scriptures are sufficient for salvation. As Paul exhorts Timothy, “continue in what you have learned and have firmly believed” (v. 14). What did he learn and believe? “The sacred writings” (v. 15). He was taught these by his grandmother Lois and mother, Eunice (1:4), from childhood. Paul specifically reminds Timothy that these writings “are able to make you wise for salvation through faith in Christ Jesus.”

Note that word able. Paul doesn’t say the Scriptures can make you wise for salvation, as if it were merely a possibility. He uses a familiar Greek word that denotes power and might, dunamis. The sacred writings of the Old and New Testaments have the power and the might to grant to you wisdom from above so that you know God’s saving grace. How? Because they are sacred or holy (v. 15) and breathed out (v. 16). They are the very voice of God. Note that Paul attributes the ability to grant heavenly wisdom for a saving knowledge of God to the Scriptures! He does not attribute this authority to any man or group of men or feelings we might have about God or how to live.

Second, the Scriptures are sufficient for doctrine. Notice how Paul goes on to say that “all Scripture is breathed out by God and profitable for teaching” (v. 16). What we need for our doctrine about God is found in the Word. I’m no engineer or architect, but think about a blueprint. An engineer has an idea for a building in his mind, which he then reveals upon a blueprint. All he envisions in his mind is upon that blueprint. Then a builder takes the blueprint and executes the plan in reality. The Word of God reveals the mind of God concerning all that is necessary for us to know about God, his world, and ourselves. We, like a builder, can turn to them to try as faithfully as possible to implement God’s will in our doctrine, our creeds, and our confessional statements.

But here is where we hear the Roman objection: But doesn’t Paul also say we are to “hold to the traditions” (2 Thess. 2:15)? Yes, he does; but what he says in 2 Thessalonians is not in contrast to what he says in 2 Timothy. The “traditions” of which Paul speaks are not extra authoritative truths passed down in addition to Scripture but the passing down of the teaching of the apostles in one of two ways: preaching and writing. Paul preached and Paul wrote. He didn’t write everything he preached, but he reminded his people in his writings of his preaching and even summarized for them the main points of truth.

One of the Roman misunderstandings is that they seem to forget that what they are saying is analogous to the Israelites. They had the Word spoken and written in the Scriptures, but then they heaped up a whole host of unwritten traditions. What was the Lord’s attitude towards these traditions? In the Old Testament the Lord said, “To the teaching and to the testimony! If they will not speak according to this word it is because they have no dawn,” meaning, they have no light, no enlightenment from the Lord himself (Isa. 8:20). The Lord went on to say, “This people draw near with their mouth and honor me with their lips, while their hearts are far from me, and their fear of me is a commandment taught by men” (Isa. 29:13). R. B. Kuiper once said, “He who today places something else on a par with the Bible is practically certain to exalt that other thing above the Bible tomorrow.”5 Our Lord Jesus said of these teachers of traditions that they were “blind guides” (Matt. 15:14). And Paul told the Corinthians that he wanted them to “learn by us not to go beyond what is written” (1 Cor. 4:6). When it comes to doctrine, we are ever to remember the prohibition of both the Old and New Testaments: we are not to add to or take from the Word of God (Deut. 4:2; Gal. 1:8; Rev. 22:18–19).

Third, because the Scriptures are sufficient for how we are to be saved and for what we are to believe concerning God they are also sufficient for godliness. “All Scripture is breathed out by God and profitable . . . for reproof, for correction, and for training in righteousness, that the man of God may be complete, equipped for every good work” (vv. 16–17). The English Puritan, William Ames, said, “All things necessary to salvation are contained in the Scriptures and also those things necessary for the instruction and edification of the church.”6

Against all the manmade traditions of Rome about how we are to live the Christian life, the church fathers stand with us. Jerome said, “That which does not have authority from the Scriptures, we can as easily despise as approve.”7 Again, Jerome said, “The sword of God smites whatever they draw and forges from a pretended apostolic tradition, without the authority and testimony of the Scriptures.”8 Basil of Caesarea said, “It is a proof of unbelief and a sign of pride either to weaken any of those things which are written or to introduce what is not written.”9

Conclusion: A Sure Refuge

There can be no trial of true Christianity; and Christians, which desire to know the truth, whereupon they may build their faith, have no other refuge, but to try and learn this by the scriptures. For . . . heretics have the counterfeit and likeness of those things which are proper to Christ. They have churches, they have the scriptures of God, they have baptism, they have the Lord’s supper, and all other things like the true church; yea, they have Christ himself. He therefore that will know which is the true church of Christ, how may he know it but by the scriptures? Therefore our Lord, knowing that there should be such confusion of things in the latter days, commandeth that Christians which live in the profession of christian faith, and are desirous to settle themselves upon a sure ground of faith, should go to no other thing but to the scriptures.10

And because you have this sure refuge for doctrine and doxology, theology and piety, immerse yourself in the Word.