This book by professor Kuiper of Calvin Seminary is a study in Soteriology, the doctrine of salvation. The title accurately indicates the theme of the book, that every step of the way of salvation is taken by means of divine grace. “It is God and God alone who saves. In every element of the saving process it is God’s almighty power which makes this process efficacious unto actual salvation” (p. 10).

The importance of this study is realized when we note how prone Christians are to magnify the work of man in salvation. The Bible doctrine of sola gratia has never been a popular teaching. “There have always been many and there still are many who, while admitting that a sinner cannot attain salvation wholly apart from divine grace, nevertheless hold that it is man who steps in at the most crucial point, and determines his own salvation” (p. 11).

A chapter on the history of the doctrine of salvation gives us a helpful sketch of the various views of the way of salvation that have been held, from those of the early church fathers down to the current teachings of the crisis theologians, Barth and Brunner.

Following this is a chapter on The Ultimate Basis of Salvation. The source of all saving graces in the life of the believer is said to be the believer’s vital union with Christ; but the ultimate basis of salvation is the plan or covenant of redemption, including the divine counsel of electing love.

Emphasis is placed throughout the book on the ordo salutis, that is, the correct order of the various steps of the process by which God applies the blessings of salvation to sinners. The question of order is of crucial Significance to a true proclamation of the salvation message. Most Protestant evangelism is based on the notion that the new birth, regeneration, depends upon and follows the decision-act of man’s faith and conversion, while the Reformed doctrine of grace alone reverses this order and makes regeneration the prerequisite to saving faith, conversion, justification, sanctification, etc. Otherwise stated, popular Christianity holds that sinners are born anew because they embrace Christ as their Savior, while biblical Christianity holds that men arc enabled to embrace the Savior because by God’s free grace alone they have been born anew unto salvation.

The common notion that sanctification is a joint work of God and man is rejected. “God and God alone is the author of sanctification” (p. 121). Although man is called to exercise faith and put forth strenuous effort in the way of holiness, the power to proceed comes from the Spirit of God who dwells in the believer’s heart. The chapter on sanctification includes a good discussion of the part played by faith in sanctifying grace (pp.I25–128 ), and in addition, several pages dealing with the question of sinless perfection in the present life.

In keeping with his theme of grace alone, Dr. Kuiper prefers to speak of “preservation” rather than “the perseverance of the saints.” While it is true that God “keeps Christians, through faith, unto salvation, it is also true that Christians persevere; by grace, unto the end. Human responsibility and activity is as vital here as in the elements of faith, conversion and sanctification. Hence some Reformed theologians prefer the term “perseverance,” as employed in the Westminster Confession of Faith, because it denotes the engagement of our lives in a strenuous and perpetual devotion to those means which God has ordained for the accomplishment of his saving purpose.

The last step in salvation, glorification, sets before us the complete realization of salvation, namely, final deliverance, from the power and presence of sin and evil and entrance into the realm of glory. It is a glorious hope which the author has set before his readers.

The theology presented here is not speculative but is fully attested by Scripture. A textual index contains references to more than 225 passages of Scripture, and most of these are quoted in full in the text of the book—a very helpful feature.

The author writes in a non-technical style for the most part and in terms easily understood by most adult Christians. This is a popular work on an important division of systematic theology. At the present time when there are so many confusing voices representing American Protestantism and all claiming to be true Christianity; this should prove a very helpful. study. 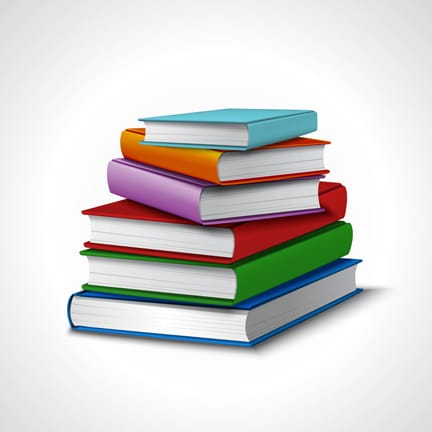