Dr. Herman Ridderbos is professor in the Theological School in Kampen, Netherlands. This book is the most recent to appear from his facile pen. It deals with the authority of the New Testament.

To say that Ridderbos uses a typically modern approach does not mean that he has been swept along with the current of the times. On the contrary, from the very first page he distinguishes himself from and opposes the generally accepted view of the authority of the New Testament.

This generally accepted view holds that the authority of the New Testament must be explained from the development of secular history. It has become vogue to deny that the Scriptures have any special divine authority and to ascribe the residual significance to the content of the Biblical record. A principal distinction is made between Scripture and revelation. The Scripture is no more than the human document and witness of the truly divine communication. Accordingly, the problem with which the modern theologian is struggling all along is this: since the Bible is but the faulty human record of the revelation, by what standard can the content of the revelation be established? Must this be left to the faith of those who read and hear? Or must men rely upon the voice of the Spirit which speaks through the fallible medium?

Ridderbos informs us already in the introduction that the correct answer to this problem is to be found only when one begins with the authority of Scripture. This is the unassailable apriori. We must frankly admit the circular character of the reasoning. We must also gladly recognize that this authority must rest upon Scripture itself.

But this does not eliminate the problem, almost before we have started, for this authoritative record is not given to us ready made and complete from the beginning. Rather, it must be recognized clearly that not only is there a long historical process behind the inscripturation of the revelation, but also that Scripture is a product of the history of redemption. This eschatological or historically purposive character of this book constitutes the fresh approach of the author. There is recognition both of the exhaustively authoritative character of the9 Bible and of the virtue of the intensely modern approach.

The book is composed of two sections:

(1) the canon and (2) the authority of the New Testament. In lucid and penetrating manner Ridderbos sets forth the various views on the canon and shows the aprioris at work behind the secular-historical method, as well as the inadequacies of the supposed presuppositionlessness of Julicher-Fascher. He speaks of the view of Luther and Luther’s follower, Th. Zahn, the Christolological approach. That is canonical “was Christus Treibet.” Ridderbos also speaks of the more recent activistic approach of Hermann Diem. According to this view the canonicity of the Scriptures is to be sought in the fact that in the preaching of the Word the church hears the voice of God. The canon must be seen as the framework within which the church hears the Word of God. The canonicity of the canon is to be found in the witness to the Christ. Ridderbos scores this activistic view by indicating that the canon is thereby identified with that which the congregation understands. This view is both subjectivistic and existentialistic.

Ridderbos claims that for the correct understanding of the New Testament we must look behind the Bible itself. This sounds like a canon behind the canon, but the author would forestall that conception by assuring us that we must not seek to look behind the Bible by some route that bypasses the Book. To appraise correctly the position of Ridderbos, one must carefully examine his thesis that neither the significance of the Scriptures, nor their canonicity or authority can be understood by itself, but must be considered against the background of the historia revelationis, out of which the Bible has come. His purpose is to investigate the relationship between the history of revelation and the canon.

That the authority of the canon originates from the historis revelationis, must be derived from the person and work of Jesus Christ, the bearer of the Divine power and authority. The canon derives from Christ Himself, not only in His heavenly commission as the Sent-One, and in the central objective facts of redemption which took place in the fulness of time, but also in that activity of Christ by which He provided for the communication and the tradition of that which occurred in the fulness of time. He transfers of His own authority to the apostles. They are the representatives of Christ in the unique and exclusive sense that Christ has entrusted them with the gospel of the Kingdom. Therefore they are not mere preachers or witnesses in general, but their word is revelational. With their word the Church of all ages will have to do. In the apostolate we see that the communication of redemption is united with the history of redemption.

The authority of Christ appears no less in the tradition that helped to form the New Testament Canon. The tradition of which the New Testament speaks is not an unchanneled stream, which merely finds its source in the great events of salvation, and then is propagated as the faith and the theology of the church, but on the contrary, it is the authoritative proclamation,. which has been entrusted to the apostles as witnesses of Christ, and which they in turn correctly proclaim in agreement with their commission.

Verbal tradition became written tradition. And here as before the guidance and authority of Christ must be seen. Therefore the authority of God must not be limited to the works of Christ while he was in the days of His flesh, but must be recognized as reaching out also to the communication of these works by the words and writings of the specially chosen and qualified bearers and instruments of this divine revelation. In this way, according to the analogy of the Old Testament, the New Testament receives the significance of foundation and standard—for the coming church.

Not only the formation of the canon, but also the authority of the New Testament must be viewed against the background of the history of redemption. If we have grasped this, we see also the inadequacy of every secular view of the Bible’s authority. Such a view self-consciously rejects the revelational character of the tradition, and explains the Scripture as a piece of profane literature. The error of this view is not that it is historical, but rather that it is secular-historical, instead of revelationol-historical.

Like the secular-historical, so also the spiritualistic conception, although recognizing the revelational character of the Bible, does not do justice to the revelational history. However, let it never be thought that the true view is then a combination of the secular-historical and the spiritualistic, for in the last analysis they exclude each other. One cannot transform mutual contradictions into complementary perspectives, thus forming one synthesized whole. The only alternative is that one correctly views both the uniquely revelational and historically, and the uniquely historical revelationally.

In developing this theme of the revelational-historical character of the New Testament, Ridderbos considers the three modes of revelation: kerugma (preaching), marturia (witness), and didache (teaching). The reader will find that each section fairly bristles with new insights and suggestions.

The reaction of the reviewer to this little book is that it possesses two admirable qualities, namely that it gears the whole discussion of the problem to the present day theological discussion, without becoming a victim of the dominating trends, and that it displays a fresh approach to the Scriptures themselves. The deviating views are never used as a surrogate for the Scriptures, but rather as a whetstone by which to sharpen the interest of returning once again to the Word of God.

The author has taken an old, old problem and done with it what many of the orthodox camp would have thought impossible, namely, made advances upon the traditional Reformed doctrine without forsaking the sure foundation of the exhaustive authority of the Written Word. The time has come to discard our fear of saying and hearing things new and different. We must recognize again that it is still possible to make progress in the understanding of the Word, without leaVing the old and sure foundations. We must be called to a new task by realizing that the correct interpretation and understanding of Scripture can be formed only on the anvil of present-day controversy. What heretics say must be used to refine the dross from our own theological conceptions.

Is this book worth reading? Verily twice over! 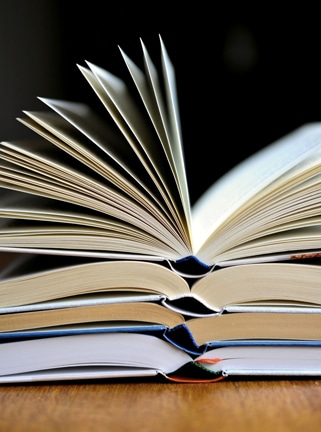 The publisher tells us that the author is well-known as the Amsterdamse straatprediker (Amsterdam street preacher). The style of a preacher capable of such difficult work is evident in these meditations. For an immediately obvious characteristic is their directness and originality.

Fifteen meditations on a variety of biblical passages are found in this handy volume. We found every one of them well worth reading, and feel that this is the kind of material spiritually profitable not only for ministers but for all who find delight in the practical and faithful exposition and application of the Word.

Mr. Baas employs rather lengthy texts as the basis for his meditations. I Kings 20, for example, is covered by the theme: De Oorlog Gewonnen—De Vrede Verlorenf (“The War Won—The Peace Lost!”). An excellent treatment is presented of Psalm 133 under the subject: Davids Lofzang op de Kerk (“David’s Hymn of Praise for the Church”), in which the author points up the need of love in Christ’s Church on earth.

Books such as these are quite a bargain for those of us who can use the Dutch language—especially if we can purchase them with our American and Canadian dollars!