Did you know that there is a pastor in the Triad who is using the book of Nostradarnus as a resource for his preaching? He’s also predicted that the return of Christ will be next year and World War III will commence before the end of this year. Believe it or not his congregation is growing.

From Y2K and the end of Western civilization as we know it to the end of the world, we are drowning in an ocean of millennium madness. Yet it has always been thus. From day one, mankind has wanted to know what the future holds. The epitaph on the tombstone of many could be the same as the motto of the supermarket tabloid: “Inquiring minds want to know.” 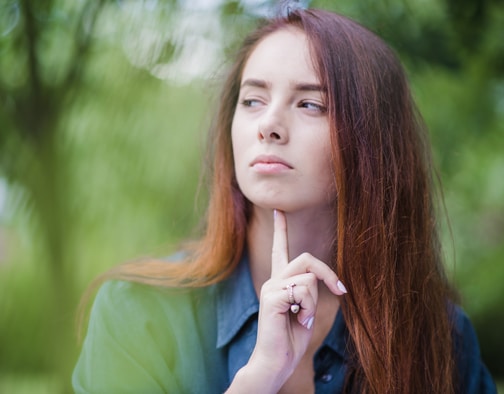 Well, let me wade into the issue for a moment. First of all, the Bible is not primarily or even secondarily occupied with the business of “the end.” It is far more consumed with the issue of man’s desperate need for a Savior, who and what that Savior is, and how we can trust in Him alone for salvation. The Bible doesn’t even begin to answer all our questions on a myriad of topics. I wish I knew more of what heaven and hell are like just because I’m curious, but the Scriptures don’t satisfy every curious itch on my mind. However, it does provide all that I need for life and godliness. It does tell me how to personally know God through a relationship with Jesus Christ.

What astounds me, though, is the proliferation of end-time prophets and doomsday evangelists (ordained or otherwise) who say things that the Word of God clearly does not, and people are so ignorant that they buy it. For instance, concerning His Second Coming, Jesus clearly said: “But of that day and hour knoweth no man, no, not the angels of heaven, but my Father only. But as the days of Noah were, so shall also the coming of the Son of man be. For as in the days that were before the flood they were eating and drinking, marrying and giving in marriage, until the day that Noah entered into the ark, and knew not until the flood came, and took them all away; so shall also the coming of the Son of man be” (Matthew 24:36–39, KJV). If this is true, and I believe it is, then how can anyone speak on behalf of Christ (such as a pastor) and say that he knows through some bit of extra~biblical revelation that jesus is coming back at such-and-such a time or day?

The return of Jesus will be in the midst of a world that is “business as usual.” They won’t be looking for Him. His coming will be as sudden as a crack of thunder on a cloudless day. Yet we have many preaching that His return is just around the corner because this event has taken place or that thing has been completed. Well, He may come within those parameters, but He may not. He may come back today or tomorrow. It may be another thousand years. My point is — if Christians would spend just half the time focusing on how we are to “live a godly life in this present evil generation” (Titus 2:12) rather than how to hunker down for the final showdown, the world would be much better off for the exercise (not to mention Christ’s church). Personally, I have all I can handle in experientially becoming more like my Savior, much less putting time and energy into working out the latest schema on the who/what/when of eschatology (the study of last things). We ought to so live our lives in such a way that even if we knew for sure that Jesus would return tomorrow at high noon, it would have no practical impact on us because we’re already living our life in a way that honors the Lord.