Lest there be any lingering doubt about the central issue in the 2000 presidential race, a preview of coming attractions was seen recently in Washington.

The political stars aligned to bring us gun control from the left and the Ten Commandments from the right as each party proposed a solution to cultural decline. Most Democrats wanted more gun restrictions. They failed to get what President Clinton requested because a rebellious group of Democrats — led by Rep. John Dingell of Michigan — revolted. Republicans want restrictions lifted against the Ten Commandments so local school districts can decide whether to hang them in classrooms. That measure passed the House but will probably be removed in a House-Senate conference. If only National Rifle Association president and former Moses impersonator Charlton Heston had been here. It would have made great theater to see him defending the Commandments and guns. 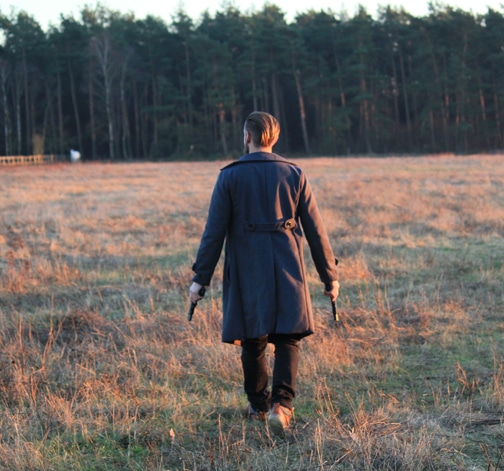 House Majority Whip Tom Delay addressed Bible-waving preachers on the Capitol lawn, blaming the Columbine High School shootings on “liberal relativism that has hollowed out the souls of too many in our society.” Later on the House floor, DeLay linked Columbine to the abortion culture and instruction about evolution.

What is going on? The focus groups are telling politicians that it’s no longer the Age of Aquarius. It’s the age of the serious. People are discovering that something is missing. The question is are the politicians capable of giving the people what they need? Of course not, but that doesn’t mean the politicians won’t pretend they can.

Hanging the Ten Commandments in a school classroom without doing the grunt work of parenthood is like hanging a talisman around your neck, hoping it will cure a cancer. Conservatives like to invoke the war metaphor when speaking of the culture. If it were a shooting war, instead of a culture war, would parents be more dedicated to their careers than their homes? Would they care more about making money or whether their spouse and children were safe?

Do parents pray as much at home with their children as they want the kids to be led in prayer by a teacher at school? And what kind of prayer would that be? Some are suggesting it could be rotated: Jesus would get one day, Buddha another, the ethical culture god a third, witches a fourth, Muslims a fifth, Hindus a sixth and so on. Would believers in a different God than the one being prayed to accept that? Only at the expense of their own faith.

Conservatives are playing a dangerous game trying to fix “culture” from the top. They rightly criticize liberals for believing that government can cure virtually any societal ill. But are they any better when they attack the size and reach of big government only to call on government to reverse the immorality they see sweeping America? Government will reflect religious values when more individuals reflect religious values. But government can’t make people reflect such values — it lacks the virtue.

If those who want to hang the Ten Commandments on school-room walls would plant and cultivate spiritual seeds in their children, it would have a far greater impact. You can’t expect to reduce cavities by brushing with a fluoride toothpaste while eating lots of candy and refusing to floss. Just as good dental health is the result of a balanced program, so good moral health is the result of a balanced life modeled by parents who stay together, do not work to excess and take the time to teach their children at home, in church and in private schools where the truth can be conveyed away from the reach of the government’s increasingly secular influence.