One of the most powerful and arresting passages in Scripture about the holiness of God is found in Isaiah 6. There the prophet is given a vision of the greatness of God and His glory. The divine king is enthroned in His temple. His royal robes fill the temple. His royal courtiers—the angels—surround the throne singing of the holiness and glory of the Lord with a loud solemnity that shakes the temple itself. “Holy, holy, holy is the Lord Almighty; the whole earth is full of his glory.”

The splendid holiness of God evokes from Isaiah a recognition of his own sinfulness and the sinfulness of his people. He laments his own ruin as he sees his uncleanness in the light of God’s perfect purity and righteousness.

The picture of God’s holiness as presented in Isaiah is a very familiar one to many Christians. But we may miss something of the force of the passage if we neglect the context in which it occurs. Isaiah 6 begins with the words, “In the year that King Uzziah died, I saw the Lord ….” Perhaps when we read those words, we think that Isaiah is just giving us a date for his vision. But in reality we are being told much more. We are told about the backdrop against which this vision must be understood. Unless we understand the reign of King Uzziah, we will not fully understand Isaiah’s vision.

The life of Uzziah as king of Judah is recorded in 2 Chronicles 26. He was king a long time, actually 52 years. His death surely marked a key point of transition for Judah. However Isaiah’s vision reflects much more than just the end of a long reign. Rather the vision must be seen in relation to the fact that Uzziah was basically a good king, but like his father failed to serve the Lord wholeheartedly (2 Chr. 25:2, 26:4).

The early years of Uzziah were filled with success given him by the Lord. He followed the counsel of God’s prophet. He defeated the enemies of God’s people in battle. He built up the fortifications of Jerusalem and increased the wealth of his people.

By the blessing of the Lord Uzziah became very powerful. But he began to forget that the Lord was the source of his success and became instead proud of his own strength and accomplishments. His pride led. to a surprising action on his part. He entered the temple of God to burn incense on the altar of incense. Although courageous priests warned him that his actions would provoke the Lord, he rejected their words. For his sin the Lord struck him with leprosy and he lived out his days in isolation. His epitaph read, “He is a leper.”

Why did the Lord punish Uzziah so severely? To be sure, he had broken the law of God: “Aaron shall bum fragrant incense on the altar… You shall not offer any strange incense on this altar” (Ex. 30:7,9). But was this violation of the law so very serious? He was an anointed king in Judah. He had entered the sacred temple. He was intent on performing a sacred sacrifice. Was he not a holy person in a holy place for a holy task? He was indeed. His fault was that he was not acting in a holy way. God especially in matters of worship—is as interested in how we serve Him as He is in the service itself. He is as interested in our methodology as in our goals. Uzziah’s sin was grievous because he did not follow the ways of God.

Uzziah was probably motivated to act Sinfully by his proud desire to be like the other kings of the nations. Most kings in Uzziah’s day were priest-kings. They led their nations not only politically, but also religiously. They offered sacrifices to their gods. Even the kings of Israel, the northern kingdom, offered sacrifice to God. We read of Jeroboam: “He went up to the altar which he had made in Bethel to burn incense” (1 Kings 12:33). In his pride, Uzziah decided. that he should not be left out. He was as holy as the other kings. He would be a priest-king. He decided to offer the Lord’s holy sacrifices in a worldly way. The Lord in wrath punished him for his sin.

Isaiah was reminded in his vision that only the Lord is king in His temple. The temple is the palace of God. Only the sons of Aaron may serve Him as priests there. Isaiah saw the holiness of God and the seriousness with which God. takes His worship. Uzziah also saw the seriousness of God in the leprosy from which he suffered. We can see that the presumption of Uzziah was really trying to take the role that belonged to the Messiah alone. Only Messiah would be the king of the Jews who was also a priest forever after the order of Melchizedek. Only Messiah would reign over His people as king and offer His own body as a sacrifice for their sins. Uzziah’s pride caused him to raise himself to a role that he could never fulfill and the Lord cast him down.

The Hebrew word for pride that is used to describe Uzziah literally means that he was lifted up. He was proud because he had an inflated estimate of his importance and his role in God’s historical dealings with His people. In Isaiah’s vision he sees the Lord high and lifted up. It is not Uzziah or those like him who are the truly exalted ones in this world. The Lord alone in His perfect holiness is lifted. up in true glory above all the puny pretensions of this world. When proud Uzziah finally died of his terrible leprosy, then Isaiah was given a vision of the One who was truly lifted up. He saw that the real glory of Israel is the Lord.

We must also notice that the vision of God’s holiness calls forth from Isaiah the cry that he is unclean. The cry “Unclean!” was the cry of lepers (Lev. 13:45). Isaiah recognizes that he and the people are afflicted with sin that is as filthy and destructive as leprosy. He teaches us that as we carefully contemplate the holiness of God, we will recognize the horrible reality of our sin and our helplessness in it. In ourselves we are all like Uzziah. “For the Lord of hosts will have a day of reckoning against everyone who is proud and lofty …the pride of man will be humbled, and the loftiness of man will be abased, and the Lord alone will be exalted in that day” (Is. 2:12, 17).

God Himself must act to save and cleanse. And He does. He sends an angel-a messenger—to cleanse the prophet. From the altar and its sacrifice comes forgiveness and healing. And from what altar does the coal come? The altar of incense! The very place that Uzziah defiled, God uses to bring redemption. God’s way brings God’s blessing.

The leprosy of Uzziah broke out on his forehead. Perhaps that is a reminder to him and to us that the sacrifices belong to the priests of God alone. The high priest was to wear a headpiece from which hung a stone before his forehead. On this stone was engraved the words: “Holy to the Lord.” The priests ministered to the Lord because they were set apart by the Lord Himself for His service. They were holy as they followed His laws and His ways. Uzziah was judged for not walking in the ways the Lord had laid out for him.

The sin and judgment of Uzziah as well as the vision and cleansing of Isaiah draw us to the Lord Jesus Christ. In Him alone we find God’s great king-priest, God’s Messiah. He alone truly fulfills the symbols of the Old Testament and cleanses us from sin. Jesus is burned up on the altar for us so that we might be saved. In Jesus the temple is opened for us and holiness and mercy are enthroned there forever. 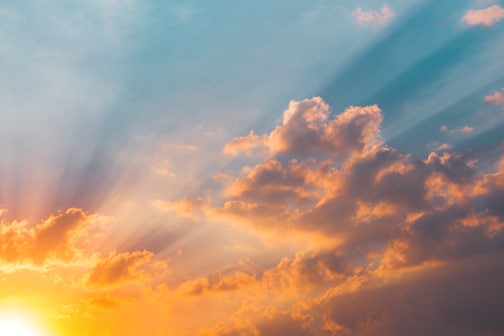 While we rightly celebrate the mercy of the Lord in Jesus, we must not forget that Jesus equally maintains and manifests the holiness of God. He is our Savior, because He was the perfect second Adam, the obedient Israel. He continues to teach us that we must serve God in God’s ways. God never allows sincerity or zeal to substitute for obedience to His ways.

Reformed Christianity in particular has had a passion not only to serve God, but to strive to serve Him in His ways. This passion is a key to understanding why conservative Reformed people are so very concerned about issues of worship and church office. We are not just narrow-minded or troublesome nit-pickers. We have read the Bible and know the character of our holy God. He in His holiness calls us to holiness. To be sure we must be holy in our attitudes and words. But we must also be holy in our actions and in acting in the ways God has prescribed. We must not only offer sacrifices of praise, but we must offer them in the way He has commanded. This requirement rests on individuals, congregations and denominations.

God’s call to holy obedience is extremely serious. The vision of God’s holiness must not lead us to pride and self-confidence, but to self-examination and repentance. If we would join the angel chorus in crying “Holy! Holy! Holy!” we must do so in God’s way or we will face the judgment of God. “The Lord is with you when you are with him. And if you seek him, he will let you find him; but if you forsake him, he will forsake you” (2 Chr. 15:2).

Dr. Godfrey, President and Professor of Westminster Seminary in CA, is a contributing editor to The Outlook.