A meeting was held recently in New York City that could have profound implications for journalists and journalism. The National Lesbian and Gay Journalists Association convened to urge the nation‘s major media heavies to hire more homosexual reporters. The function was underwritten by a $40,000 grant from The New York Times.

Dan Rather of CBS, Tom Brokaw of NBC, Robert MacNiel of PBS, Judy Woodruff of CNN, Arthur Ochs Sulzberger, Jr. of the New York Times and representatives of Time magazine, USA Today, Newsday and Knight-Ridder were among the co-sponsors of various events for the 560 members of the gay media organization. 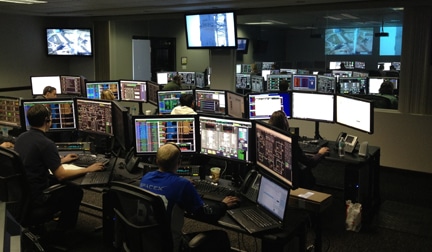 “You’re no longer a group over the horizon,” Sulzberger told the homosexual journalists, “and for that you deserve credit and congratulations.”

There were pledges from the networks and newspapers to consult with the association and to recruit more homosexual journalists. Of course, most denied this has anything to do with advocacy or with helping to mold public opinion in favor of the gay lifestyle.

Among the most amazing comments was one from Robert MacNiel who said the climate is right for openly gay correspondents “provided they weren’t behaving distastefully.” MacNiel is appealing to a standard—good taste—he has just denied exists in matters pertaining to sexual conduct and relations. If no standard of right and wrong is available to discern what is proper sexual conduct, what standard is there to determine what is tasteful and what is distasteful?

who said the climate is right for openly gay correspondents “provided they weren’t behaving distastefully.” MacNiel is appealing to a standard—good taste—he has just denied exists in matters pertaining to sexual conduct and relations. If no standard of right and wrong is available to discern what is proper sexual conduct, what standard is there to determine what is tasteful and what is distasteful?

Paul Salsini, a recruiter for the Milwaukee Journal, said, “There’s such an energy here, and that’s what you look for in a journalist.” Really? I thought you looked for writing skills, knowledge, experience and people who deliver fair and factual reporting, free of personal. political and ideological bias.

The same week the gay journalists met, the news director of the Fox Television station in Washington, D.C. was fired when it was learned he had been consulting with conservative groups in an attempt to make sure his newsroom reflected ideological balance and his station’s newscasts did the same. Why is it wrong for a news director to consult conservatives but right for the media to consult with and recruit homosexual journalists?

It is generally acknowledged that the major media are out of balance to the left, that they frequently denigrate the views of pro-lifers, religious believers and others in what has come to be known as the “traditional values” camp. You can bet there will be no recruiting efforts to hire journalists who fall into any of these categories.

Throughout my earlier career as a broadcast reporter, I was taught to avoid even the appearance of a conflict of interest. While writing opinion pieces is different because they are labeled commentary, I still avoid encumbrances-such as serving as a paid member on anyone’s board of directors or accepting favors from groups or organizations about whom I might have to write. Readers of my column ought to believe that my views are my own and that I am not on anyone’s payroll or in a holding pattern to run for the next election or advocating the positions of a company I might represent as a “consultant.”

The incestuous relationship between the press and groups who want to promote their political agenda has to stop. Journalistic credibility is already scraping bottom and if recruitment of gay and lesbian journalists continues, other groups will have one right to demand that they be included in the mix. The profession will resemble Bosnia: a Balkanization of competing ideologies and a public that will no longer be able to separate facts from advocacy.