I think so highly of the Christian Reformed Church and know so favorably a number of its leaders such as Professor Clarence Bouma, Professor Cornelius Van Til, and others, and I have enjoyed so much reading the first number of Torch and Trumpet, that I am truly sorry to have to write to you regarding the definition of “Anabaptist” contained on page 31, and written by Johannes C. Vas. I am myself a graduate of Princeton, where I studied under Machen. Robert Dick Wilson, and others. l owe much to these and other teachers of that period at Princeton, also to the late Professor Geerhardus Vos, father of Johannes Vos. However, I must say that the definition of Anabaptists is grievously in error, being obviously based on ancient information, coming largely from the enemies of the Anabaptists, and not taking into account the greatly revised understanding of this movement which modern scholarship has produced.

1. The Anabaptists did not arise in Germany, but in Switzerland in 1525 and in Holland about 1530, spreading from these two countries to Germany.

2. I know of no “type” of Anabaptists, even extreme, which professed “to have the power to work miracles, that human government and magistrates are unnecessary…and even that polygamy is legitimate.”

3. How misleading it is, in any case, to use the “more extreme type” to set the content and tone of the definition of the group as a whole! Perhaps the author is thinking of the Munsterites, who fell under the leadership of John van Leyden, who did practice polygamy and who was guilty of grievous error and atrocious crimes; but no Anabaptist group, so far as I know, ever endorsed his principles and practices, which were largely those of an individualist dictator.

4. The vast majority of all the Anabaptists in all countries were peaceful, orthodox in theology, believed in the God-ordained place of human government, although they rejected participation in that government for Christians, taught genuine diSCipleship and holiness of life, and were nonresistant.

I enclose herewith a copy of my presidential address before the American Society of Church History, in which I attempted to outline the central emphases of the Anabaptists, “The Anabaptist Vision.” My own book on Conrad Grebel, the father of Anabaptists, was published in 1950, and was reviewed favorably by the Professor of Church History at Calvin Seminary, if I am not mistaken. It would seem to me that at least for the benefit of your readers, it would be desirable to replace the Vos’ definition of the Anabaptists by a better one, more in conformity with the facts, or perhaps you would even be willing to publish this “Letter to the Editor.” A copy of this goes to Reverend Johannes G. Vas. 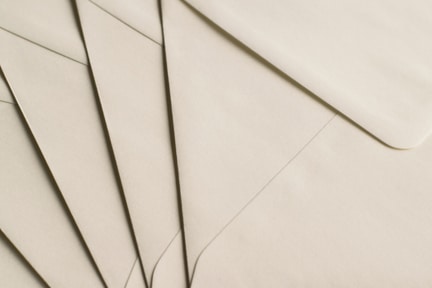 I have just received a letter from Mr. Harold S. Bender of Goshen, Indiana, objecting to my definition of “Anabaptists” which was published in Torch and Trumpet.

My definition was based on statements in books which I believed to be reliable, including Buck’s Theological Dictionary, pages IS and 16, and the Encyclopedia Britannica, eleventh edition (1911), Volume I, pages 903–905.

Of course it is possible that my definition was partly incorrect, and if so, a retraction should be published. Possibly you could submit this question to the Professor of Church History at Calvin Seminary for an opinion If you wish, I can send you a copy of the specific statements in the Encyclopedia Britannica, etc., on which my definition was based.

The New Schaff-Herzog Encyclopedia of Religious Knowledge, Volume I, pages 161–163, makes similar statements about the Anabaptists (new edition published by Baker Book House, 1949). This article divides the Anabaptists into two groups or types: 1) The sober Anabaptist; 2) The fanatical Anabaptists. The former are said to have originated in Switzerland in 1519–1524; the latter, in Germany in 1521.

It would seem that there certainly was “a type” of Anabaptists who were decidedly fanatical and made extreme claims. As to the power to work miracles, I find this is mentioned by Buck, as cited, but not by Schaff-Herzog, nor by the Encyclopedia Britannica.