If the former statements sounded contradictory to the natural mind, the last Beatitude does so even more. Jesus here speaks of persecution. Men have always been persecuted for their religious beliefs. We look upon these persecuted ones as heroes, but we also look upon them with pity. The line of martyrs, beginning with Abel, has been a long one. It seems as though the world has always reserved its worst cruelties for the Christians. These, says Jesus, were persecuted for righteousness’ sake. They knew and believed the truth. They would not depart from that truth regardless of cost. A certain standard had been given them. They lived according to that standard.

However, these persecuted ones need not be pitied. On the contrary, they are called blessed. it was not pride that compelled them to walk as they did, but necessity was laid upon them. They themselves were poor in spirit. Their reward is the same as that promised to the poor in spirit, namely, theirs is the Kingdom of Heaven. Their persecution here bears witness to their citizenship in the lasting kingdom of their Savior.

How many Beatitudes did Jesus speak? Some say seven, others eight or nine. The question seems to have little value. Verse 10 has a slightly different form than the previous verses, but in essence it is one with them. In the verses 11 and 12 there is a more noticeable transition to the remainder of the Sermon on the Mount.

In verse 11 there is virtually an application of the former words. Let his audience not come to the conclusion that our Lord is speaking only of others; he is speaking of them too. Those who have been persecuted in bygone days are called blessed, but you too are blessed if you suffer for righteousness’ sake.

Jesus seems to proceed on the assumption that persecution will come to the men of his day as well as in former days. Not only in the Sermon on the Mount but throughout his teaching he considers persecution for his people natural. That is difficult to understand in our day. Oh, there are certain countries where Christians are persecuted, but in our land quite the opposite seems to be true. To belong to a church is an asset rather than a liability. Has the world changed for the better? Is it no longer true that we must enter the Kingdom of our God through much tribulation? 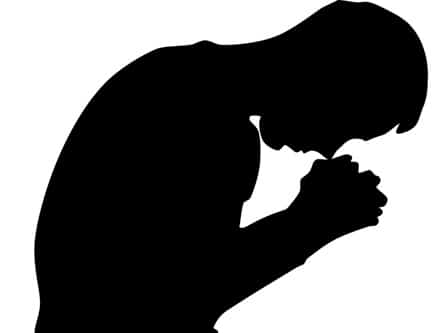 Jesus says that men will reproach his disciples. will persecute them, and will speak all manner of evil against them. Why? Was that age so much more intolerant than ours? No. Jesus is speaking these words to us too. When the righteousness of the Kingdom of Heaven is truly practised, men will reproach, persecute, and speak all manner of evil against us. Let the Word of God speak clearly, let the law of God be applied, and you will see unbelief show its true colors. The distinction between the church and the world is often not sufficiently clear in our day to give rise to persecution. It is too difficult to distinguish friend from foe.

But, says Jesus, the evil which the unbelievers s pea k concerning you must be false if you are to be called blessed. If there is truth in their charges you have forfeited you r reward. The accusations which they bring against God’s people are “for my sake”. Jesus is the reason for the difficulties which arise. He is the One who divides men. He is the One who has come to bring the sword. He sets a man at variance with his neighbor. You are to be so closely united to him that you share this blame. They spoke all manner of evil against him falsely, and they will do it to you too if they see that you are like him.

What must the reaction and attitude be of those who are so persecuted? AIe they to be filled with a spirit of self-pity? No, that is not a Christian attitude. Should they simply submit? That is the calling of a Christian frequently. Yet, Jesus asks much more. Rejoice in persecution! Be very happy that they do these things to you! Why? Because you will receive a great reward.

The question naturally arises whether or not it is possible to react to persecution in the way in which Jesus speaks of it. The answer is not hard to find. Many have gone to the stake singing the praises of God. Jesus’ own disciples rejoiced that they were counted worthy to suffer for his name’s sake.

The reward of which he speaks must not be misunderstood. Being persecuted does not merit anything. It has been done to his people; it is not something which they have accomplished. The reward is of grace. God pays very well. No one will ever accuse God of underpaying his people. He always gives abundantly.

His people must remember that the unbelieving world has also persecuted the prophets of former days in the same way. These were the men of God. The priests often led the people in idolatry. The prophets were sent with the Word of God to call the people back to the worship of the living God. They were not popular. They rebuked kings and priests and people. They were heralds and as such spoke the word which had been entrusted to them. This activity made them the objects of persecution more frequently than any other group among God’s people. The evils against which the prophets spoke came to nought and the evil-doers were destroyed. The words which the prophets spoke came to pass and, although the prophets often paid with their lives for their faithfulness, they received the approval of their God. They received the greatest of all rewards.

Let God’s people take courage. Persecution will come. Rejoice in this persecution. Look at the prophets! They are not to be pitied. Theirs is the Kingdom of Heaven.

1. Can an unregenerate man ever understand the Beatitudes?

2. How does the church benefit from persecutions?

3. Should we be grateful for the lack of open Persecution today?

4. Should we court persecution?

5. Is our church becoming too tolerant?

6. Why were the prophets the special objects of persecution?

7. Why is the Word of God never popular with the unregenerate?