In my last article (Feb–Mar issue) brought to our attention the need of establishing a Reformed Seminary in China. A general picture was drawn with reference to the present situation in Chinese theological institutions. Its need was further explained by stressing the necessity of starting and building up independent indigenous churches in that land, the consequent urgency of training native ministers of the Gospel.

As has been intimated in the previous article, the seminary which we seek to establish will be on the regular seminary level. This is required because it would indeed be quite advisable for a minister of the Gospel. not only to have a theological training, but also that he should have a broad liberal arts education. For as a preacher he is expected to deal with many diverse and intricate problems which may come up among his congregation, in their families, and in the church. They would naturally require of the minister a somewhat broad perspective so as to deal with those problems adequately and comprehensively. Besides, a preparatory college training would also be very helpful towards his studies in the field of theology when he enters into the seminary.

We also indicated that this seminary will be specifically a “Reformed” seminary. This at once raises the question as to the availability of men for a theological faculty. For there is virtually no possibility of recruiting teachers from among graduates of native seminaries, as there has not been Reformed seminary teaching in China (except in one or two seminaries where some of the professors were Calvinistic). Our eyes will therefore, have to be directed to students trained in this country, particularly to those who received their theological education at Westminster and Calvin Seminaries. At this junction I want especially to express my desire to see that in the very near future there will also be students of China to study at Calvin Seminary, as there have been and still are at Westminster Seminary. For training native students will not only help to produce more preachers for that land, but it will also render a valuable service and assistance to the Chinese Church in creating young men of learning for the purpose of teaching in turn their students in seminaries in China. 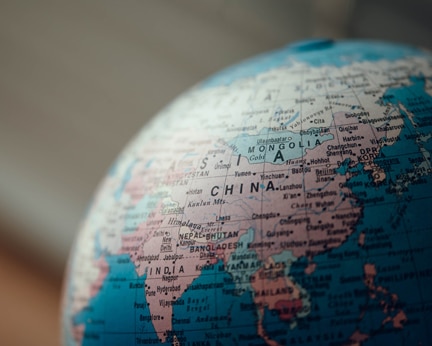 We have already seen concrete fruits resultant from this policy in the existence of the Reformed Church of Japan; in the establishment of Kobe Reformed Seminary (in Japan) where three of the four native professors are Westminster alumni; and in the Pusan Theological Seminary where at least two professors, including the president, have received their theological training at Westminster Seminary.

In singling out particular Westminster Seminary and Calvin Seminary, it is not meant to preclude other possible sources which may contribute towards the completion of a theological faculty. Furthermore, although our purpose is to bring about a Chinese Reformed Seminary, operated not as an institution of missionary enterprise but as an independent native seminary, we do not by this token intend to confine the faculty members to the natives only. Rather, we look forward to the cooperation of qualified and interested people of other nationalities to join our faculty, in so far as it is understood and agreed upon in advance by all members of the faculty that the Seminary will be administered and functioned on that basis and principle which will guarantee its being a native Chinese seminary.

Our eagerness to cooperate with prospective-teachers from other institutions and also of other nationalities will not, however, obliterate our primary purpose of maintaining the distinctiveness of a Calvinistic seminary. This means simply that only those men who profess and adhere to the Reformed theology will be invited to the teaching faculty. Otherwise the main purpose for establishing that seminary will be lost.

In aiming to set up an independent seminary, that is, independent of ecclesiastical control, a two-fold difficulty immediately confronts us in reference to sources of financial support of the institution. First, this kind of set-up naturally lacks the advantage which a denomination-operated seminary has, namely, the rather stable and constant financial support of the churches of the particular denomination. Furthermore, in view of the fact that, aside from the Modernists, practically all Christians in China are more or less plain Fundamentalists rather than specifically Calvinists, the task of securing financial support from native Christians for a definitely Reformed seminary is made the more difficult; at least during the stage of its formation and the first few years. It would seem, therefore, that assistance should be needed and sought from the Christian people in this country, particularly from those in the Reformed circles, towards the realization of this proposed project.

The immediate material needs will include a building for classrooms, dining room, administrative office and a chapel. A small library with essential and basic theological books will also be a necessity. And it is highly desirable that dormitories be available for accommodating students and housing for the members of the faculty. For there would be more opportunities for discussion and fellowship with each other if the students as well as the teachers were to live within the same wall than if they were to lodge in different places in the city. Moreover, since the outbreak of the last war in 1937, housing has been a serious problem to most people. And a seminary, or for that matter any educational institutions, that does not have dormitory facilities for the students faces a big obstacle in its recruiting of prospective students.

As regards the library, no one who had had occasions to visit seminaries and Bible institutes in the Orient has not been impressed with the fact that there is a surprisingly lack of theological books in their libraries–English works as well as Chinese works: reference books as well as text book. The main reason for the lack of American and English theological books is, I believe, that in most cases there is lack of funds on the part of the institutions to purchase books from this country or Europe. For the cost of books published in these countries runs considerably higher than the books published in China. Consequently, most schools can hardly afford to order books from abroad.

The primary reason for the lack of theological books written by the native Christian lies in the fact, I think, that very few men in the conservative circles can write sound theological books. Most books and pamphlets written and published in China are “devotional” rather than “theological.” Therefore there is an indispensable need in this respect.

In this connection, I think it would be quite proper to make a reference here to the contribution which is being made by a Christian organization—The Reformation Translation Fellowship—in its effort to translate and publish Christian theological books from English to Chinese language. In a short period of four years since its inception, that Fellowship has been able to produce a number of theological books written by such scholars as Dr. J.G. Machen and Dr. L. Boettner, in the Chinese language, besides translating pamphlets and periodicals. A book originally written by Professor L. Berkhof has also been translated and will be put into print in the near future.

This endeavor has already made a far-reaching effect on hundreds of Chinese Christians who have expressed their enthusiasm and interests in welcoming these hooks; and it will no doubt have a more influential result when they will be used by students in the Reformed Seminary China!

There is also the consideration as to the selection of a locality for the proposed seminary. In other words, where should this Reformed Seminary be situated, in a small town or in a big city; in Central China or in outer areas? In the opinion of this writer there would be more advantage than disadvantage to locate it in a big city, and preferably in the central part of China. One reason for thinking in this direction is that on account of the inadequacy of present transportation facilities a seminary located in a large city will have the advantage of being made known easier to prospective students who are interested in study for the minis try in a regular seminary. Also it could more conveniently be reached by them, since most colleges and universities are located in the cities.

Furthermore, a city seminary will also more easily make itself known to the general Christian public, and thus be easier to introduce to Christian friends who might show interest in supporting the institution.

A city seminary has yet another advantage, namely, as an ideal place for students’ practical field work. As is often the case, Christian population is usually concentrated in the city. And this is especially true in China since it has proportionally fewer large cities than does the United States. Moreover, in China the transit system is far better in the city than is in the country. Students could save much time that would otherwise be wasted for traveling with bicycles or on foot from one village to another for practical field work.

Advantages of a Native Seminary

Moreover, as one of the goals of missions is, or ought to be, to assist the native Christians to set up indigenous churches, a Reformed seminary will render a great service to the training of native ministers in a native environment. This does not mean, of course, that the purpose of the seminary under discussion is to discourage students from coming abroad to secure their theological training. It simply aims to give an opportunity to prospective ministerial students to receive a theological training based strictly on the Reformed position in their homeland.

A native seminary does, however, have certain advantages over a seminary in a foreign land, in at least two respects. First students are often barred from entering a seminary in another country for the simple reason that they often lack the necessary funds to realize such a plan, even if scholarships or other forms of financial aid are accorded them. The expenses for traveling and other expenses incidental to it are often more than a student can afford. Secondly, a student studying in his native country can gain acquaintance with the current religious and theological scene of his own country, and familiarize himself with church affairs while a student who pursues his theological studies abroad is practically cut off from such opportunities and advantages during the period of his study.

Lastly, to combat modern unbelief and ignorance as caused by the spread of theological liberalism, a well-formulated, all-embracing system based squarely on the Word of God is required; and that system is to be found most expressly, we believe, in Calvinism.

With earnest desire and fervent prayer we look to our faithful God for strength and wisdom, praying that sufficient interest may be aroused in the hearts of those who live the Lord and the Reformed Faith that this project may be realized. Maya Reformed witness be carried forth through such an institution under the Banner of our Lord and Savior Jesus Christ!