Everybody loves the Sermon on the Mount. The unbeliever often quotes it with approval and the believer, naturally, accepts it as the Word of God.

The Modernist views Christianity as consisting of the teachings of Jesus. Other teachers have founded religions and have contributed much to tho cultural and moral well·being of those who followed them. But Jesus was the greatest Teacher. No man in the history of the world has been more influential than the Teacher of Nazareth. What nobility of character! He was far ahead of his time. What a genius!

The best example of the teaching of Jesus, according to the Modernist, is contained in the Sermon on the Mount. Here we have an uninterrupted discourse on man’s relation to his fellow man. No so-called miracles mar this beautiful account. Here there is no mention of blood-theology. This Sermon speaks to men of every age. If men would follow the advice which Jesus gives in the Sermon on the Mount, the world would surely be a far better place to live.

The believer also loves this Sermon. It is the Word of God. It was spoken by our Lord. The shadows of the old dispensation are removed and the fullest revelation has come. The true believer does not view the Sermon on the Mount separate from the rcst of Scripture but as part of one unified whole.

Is the Sermon on the Mount really a sermon? We consider a sermon to be an explication of a text of Scripture. Jesus preached that way too sometime. However, he has the authority to furnish his own text. He is the Prophet. A sermon is a logical discourse. The Sermon on the Mount has a very specific theme. Jesus is not merely giving his hearers a lot of information. The whole Sermon revolves around one central theme and every part is to be understood in the light of this one theme. In this Sermon we hear the great Prophet speak. Never man so spake. Its beauty, its content, and its logic have gripped people of every age.

The question has often arisen whether or not this entire Sermon was spoken at one time. Some believe that Matthew has compiled the sayings of Jesus, given at various times, and has given them to us in this form. However, Matthew himself tells us that when Jesus saw the multitude, while he was at this particular place, he taught them all the words contained in the Sermon on the Mount. 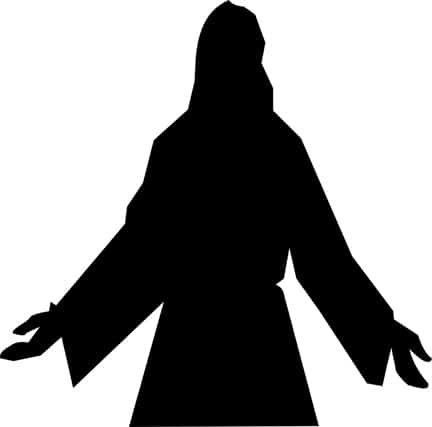 It is difficult to state with any measure of exactness the time when Jesus spoke the Sermon on the Mount. He had been baptized; he had been tempted; he had spoken to Nicodemus; he had healed many sick; he had a large following; he had already chosen his disciples. Very likely this Sermon was preached during the second year of his active ministry. It was delivered from the mountain. No name is mentioned to denote the place. It was one of the mountains of Galilee. The time and place are important in a general way, but the emphasis falls on the Sermon itself.

Doesn’t the Sermon on the Mount speak of a blood-theology? Jesus does not speak directly of his sacrifice. The cross is not mentioned. However, all the teaching contained in this Sermon pre-supposes the atoning sacrifice he will bring. Apart from his atonement the Sermon on the Mount would be an idealism beyond the reach of any man. The atonement is so certain that the Old Testament prophets were able to speak of it in the present tense. Although Jesus had not gone to the cross at the time when he uttered the Sermon on the Mount, he taught his people as though the atonement were already completed. The Priest will accomplish his work. The Prophet is given three years’ time before the cross appears. The King will rule in the hearts of those who have been washed by his blood and who have accepted his teaching.

Israel’s organization into a people of the Most High began at Sinai. God came down on the mountain. Smoke and fire were in evidence on every side. God spoke. The law was given at Sinai to teach the people the will of God. Thou shalt do this and thou shalt not do that. Cursed is everyone that continueth not in all things that are written in the book of the law to do them.

The Sermon on the Mount is near the beginning of the New Testament. A greater than Moses is here. God is speaking here too. The words are not as harsh as at Sinai. Yet, Sinai and the mount in Galilee are not opposites but they complete each other. At Sinai law and sin are emphasized, while the New Testament mount emphasizes grace and salvation.

1. Can a person love the teaching of the sermon on the mount without believing in the cross of Christ?

2. Why is there no reference to the cross in this Sermon?

3. What is the difference between a sermon and a lecture?

4. What does the Gospel of the Kingdom mean?

5. Should a sermon speak only of salvation or should it also deal with everyday life?

6. What do you think of of the expression “saving souls”?

7. Why are the three offices of Christ very important for us?

8. Do the ten commandments and the Sermon on the Mount contradict each other in any way?