In the beatitudes Jesus has listed the qualifications of those who are citizens of the Kingdom of heaven. Although he commonly calls it the Kingdom of heaven, it does not have only a future reference in which they will enjoy the bliss of his unbroken fellowship and be free from all sin. This Kingdom is a present reality too. Its citizens must have all the characteristics now w hie h he enumerated in the Beatitudes. The qualifications of which he spoke are, first of all, matters of the heart. The heart of man must be renewed to enter into the Kingdom of heaven. That renewal must be total. Therefore the characteristics of Kingdom citizens are the very opposite of those which are found in natural man. However, is there not a danger that those who possess these qualifications will now live in a little world by themselves? How must these citizens of his Kingdom conduct themselves in the world in which they live? Jesus now gives an answer to this last question.

Those whose hearts have been renewed have a very specific task to perform in this world. They are the salt of the earth. This is stated as a fact, not as something which must still be accomplished. If they should not act as a salt they are worthless. They have received all their qualifications from above and that makes them a salt. The statement; “If the salt have lost its savor” means that their qualifications as citizens of his Kingdom are lacking. Those who are what the Beatitudes demand are the salt of the earth.

Salt is used for two purposes: to make food tasty and to preserve it. It is this latter function which Jesus has in mind when he speaks of his people as the salt of the earth, Salt was the only preservative known to the people of Jesus’ day. It was, therefore, one of the most important things in their daily lives. Without salt food would spoil in a very short time.

There have always been people in the church who have advocated world-flight as the safest and most proper manner of life. These people have a commendable fear of sin but they have not understood the responsibilities of God’s people. Jesus tells us that we are the salt of the earth. If this salt is to do its intended work, it must be brought into contact with that which is in danger of spoiling. We are in this world for a purpose.

Much of the beauty of the teaching of our Lord is found in its simplicity. It is immediately evident what he means when he calls us the light of the world. The world is of the opinion that it has the light. Its science is enthroned as a god today. It is commonly believed that in time man will solve virtually all the riddles and mysteries of the universe. Jesus says, “Ye are the light of the world.” Without him and his people the world would have no light. Sin is called darkness in Scripture. Those who are not citizens of the Kingdom of heaven are prisoners of sin–of darkness. This fact must not be overlooked in the education of our children. The world has no light. The light it seems to have is going out.

That the world has only darkness has been shown historically. Its darkness is so great that it did not even recognize the true Light when he was revealed. God’s people, the light of the world. have been persecuted again and again. Although they are tolerated at present. the world does not look to them for guidance.

The light can. of course. Dot be hid. How could anyone ever hide a city which is situated on a hilltop? That is impossible. The light which we his people have and are cannot be hid anymore than one can hide such a city. Why should one hide the light? Light is one of the most valuable possessions and aids to life. No one would be so foolish as to light a lamp and then cover it. This is also to be true of God’s people. That light is there to shine. 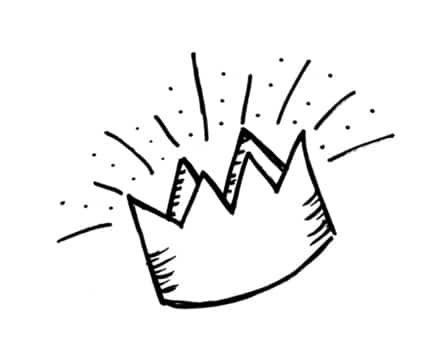 Although no one can hide natural light or desire to do so, this is not necessarily true in the lives of God’s people. They do not always wish to be seen. They do not always care to be a gazing stock. They put forth effort at times to hide the light. It takes effort to hide it because they are the light. Live as a Christian and that light shines. Yet, the weaknesses of God’s people are such that Jesus finds it necessary to command them to let their light shine. They are light; DOW let that light be light. Let it shine.

The light shines, says Jesus, in order that everyone in a house may benefit from it. So must God’s people live in this world. It should become evident to all that they are light. and that light should radiate everywhere. The unbeliever should benefit from his believing neighbor. The believer should radiate enough light to make the unbeliever aware of the evil and dangerous road he is traveling.

There is a second purpose which is even more important. As men see the light of the believer, they will glorify their Father who is in heaven. Christ is the true light of the world. His people have derived their light from him. As their light shines. others see a reflection of him who is the true light. He shines through his people. In this way their Father receives glory. He receives the praise for the gifts he has given.

These are the responsibilities of the citizens of the Kingdom of heaven. They have received much. They are now charged with the responsibility of bringing light into this world that others may not blaspheme but glorify God.

1. How can the words of Jesus in the first part of verse 13 be harmonized with the teaching of Paul in 1l Corinthians 6:17?

2. Does the teaching that we are the salt of the earth imply that we are to join all manner of organization? Or should we have our own?

3. Does the world have the light of knowledge?

4. flow would you explain the scientific advance of atheistic Russia in recent years?

5. Is it possible to be a Christian and not witness either by word or life?