On March 7, 1995, the North Grand Rapids Ciassis of the Reformed Church in America voted “to remove the Seventh Reformed Church, its property and assets” from the classis and thus also from the Reformed Church in America (RCA). The crisis was precipitated by the General Synod 1993 which required congregations to subscribe for the denominational periodical, The Church Herald, which was thoroughly pervaded by the now prevailing new doctrines of denominational leaders. The synod further required the congregations to make certain contributions to the theological seminaries which are thoroughly controlled by liberal and feminist teachers. Seventh refused to accept this new legislation as an innovation which, in fact and in spirit, was contrary to been understood. Complaints from many classes to the General Synod of 1994 along the lines of Seventh’s concerns were summarily dismissed, and Seventh’s classis (illegally, as we believe) was denied voting rights in the General Synod because of the shortfall in its payments resulting from Seventh’s adamant refusal to pay for things to which it had conscientious objection. Expulsion of Seventh Reformed Church by the North Grand Rapids Classis on March 7 was the result.

Some reflections on this event deserve to be commemorated in the annals of the Seventh Reformed Church of Grand Rapids, MI, as a day in which our sovereign God has graciously opened to us a door of opportunity through which we may enter into a new period of growth and service, and all to His glory.

We acknowledge, first of all, that it has been by His providential government of our affairs that we were set free from the petty ecclesiastical tyranny which has long embarrassed and hindered us. We did not initiate a schism in the church of our Lord Jesus Christ in achieving this freedom. It was given to us by the hand of men who themselves had forgotten their heritage and simply could no longer deal with a church which still treasured it. 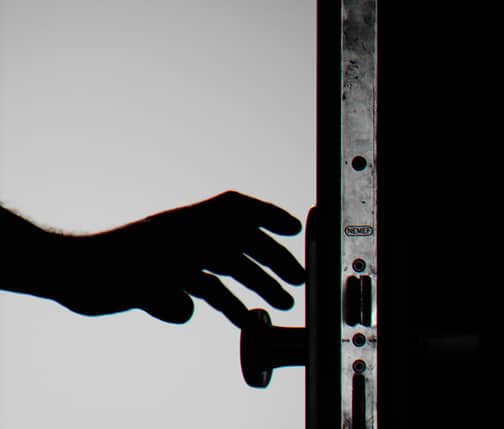 Our new freedom is to be treasured and used wisely in accordance with the Word of God (Galatians 5:1). We have lost nothing in the process. We are still the Seventh Reformed Church standing firmly on the infallible Word of our God. Our heritage in the faith of our fathers, in the Dutch Reformed Church both in Europe and on this continent, and in our own blessed history remains. Everything is today as it was yesterday. Our local church, its properties and assets, its officers and government, its worship and its programs of service and outreach simply continue, and will continue and expand as the years go by. No substantial changes should be expected by our members or by those who observe our progress from without.

Our new freedom represents a remarkable opportunity for us to go on with the great business of preaching and teaching the pure gospel of God’s grace without having to concern ourselves with the foolishness of the Reformed Church in America which is so rapidly selling its birthright for a mess of pottage. We need have no ill will towards our former denomination. We can pray for its genuine welfare and revival still. At the same time, we do not have to apologize for its errors. We leave it behind us. We will not return to it again unless it repents and changes, but our vision is for the future. We will not return again to the controversies of the past.

In the exercise of our new freedom we will rededicate ourselves to the task of proclaiming the gospel in accordance with our historic standards, improving our local work, and seeking to spread our testimony by word and deed. We will encourage the raising up of ministers trained in institutions of which we can approve wholeheartedly. We will continue to support institutions, programs and missionary endeavors which are Biblically and theologically sound.

In the exercise of our new freedom we will join hands with others of like mind. We hope and pray for the emergence, on this continent, of an Evangelical Reformed Church which will be firmly based on the testimony of our forefathers and which will gratefully include all the good things which the various branches of the Reformed Church have gathered up through the years. We will, of course, never ally ourselves to any group which threatens the basic automony of the local church in governing itself and in owning its own property. In the meantime, although our ministers may hold membership in an ecclesiastical body of their own choosing, we shall pursue our own way under our own consistory as elected by our own people under the supreme government of the only Head of the Church, Jesus Christ, to whom has been given all power in heaven and on earth.