The decision of Synod 1992 which was intended to hold the Christian Reformed Church together during the “current polarized situation” has failed to reach this laudable goal. You know the decision:

That synod encourage the churches to use the gifts of women members to the fullest extent possible in their local churches, including allowing women to teach. expound the Word of God and provide pastoral care under the supervision of the elders (Acts of Synod, 1992, p 700).

This decision, coupled with the decision not to ratify Synod 1990’s opening all ecclesiastical offices to women, has left a trail of discord, strife and confusion. Some churches have decided that the decision to keep women from office is unbiblical and have gone ahead ordaining women elders regardless of synod, while others view synod’s encouragement to allow women to “expound” as being a wishy-washy compromise without any Biblical foundation. Among the latter group, there have been whole churches that have left the denomination while other congregations have watched a portion of their church body leave. In view of all this, the one thing that is perfectly clear is that the above decision, as it now stands, has, is and will continue to polarize and fracture our denomination.

One reason for this reaction is that the phrase “expound the Word of God” is both ambiguous and necessary . There is little consensus in the denomination on what precisely these words allow. For this reason alone it’s no wonder that the church is in turmoil. But regardless of what the phrase means, it is UNNECESSARY. It doesn’t serve any purpose for women in the denomination. 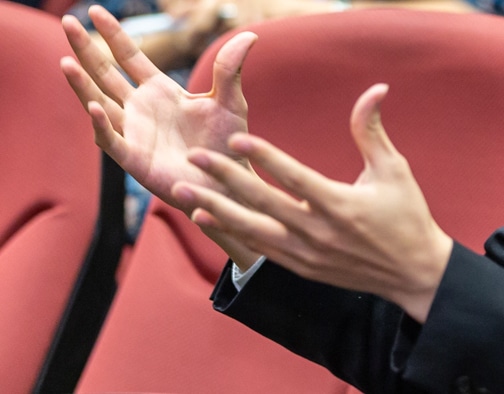 If to “expound the Word of God” refers to private instruction such as witnessing, informal Bible studies and devotions, then there has never been any question that women are allowed to do this. This is the duty of every believer, male or female. If this is what synod had in mind, the phrase is unnecessary.

If to “expound the Word of God” refers to official church-related instruction such as Sunday School and Coffee Break, then once again it is unnecessary since women have already been doing this. Furthermore, the phrase “to teach” adequately covers this kind of service.

And if the phrase “expound the Word of God” refers to leading public worship services in the Christian Reformed Church and doing something that looks just like preaching. than this is contrary to the Church Order and therefore, unnecessary. Our Church Order allows for three (and only three) kinds of leaders in our public worship services. The first is the minister of the Word. He is the one who has been called, has met the requirements and been ordained to the office of minister of the Word. It is the minister’s responsibility to conduct public worship services and proclaim God’s Word (Articles 11, 12a, 53a, 54a) . The second kind of leader is the one who is licensed to exhort. In most cases this isa seminarian studying for the ministry (Articles 22, 53b). The third (and the least common) is the one who is asked by the consistory to read a sermon which it had previously approved (Articles 53b, 53c).

Women may not be ministers in the Christian Reformed Church and neither may they be licensed to exhort. All that remains then, is that they may read a sermon pre-approved by a consistory, However, the phrase “expound the Word of God” certainly implies going beyond merely reading a sermon. And if it does not mean anything more than this, then why didn’t synod use the word “read” rather than “expound”? According to Webster, “expound” means: “to explain or interpret; clarify.” Clearly the Church Order does not allow for women to expound the Word of God in the public worship service, making this ambiguous phrase totally unnecessary in the above decision.

Another reason for the strong reactions within our denomination is the inappropriate phrase, “pastoral care.” What precisely did synod have in mind when they allowed women to engage in “pastoral care”? Did synod overlook Article 12a of the Church Order which uses this very phrase to describe the work of the pastor and eIders: “He (the minister), with the elders, shall exercise pastoral care over the congregation”? Is there any distinction between the pastor’s work in this area and what a woman is now allowed to do? And, if so, why wasn’t this made clear? And if there is no difference, then why does the Church Order specify this work as that of ministers and elders? A better description of this service is “Christian care,” and this too is the duty of every believer.

The one thing that is perfectly clear about Synod 1992’s decision is that it is frightfully unclear! Church councils should be hard at work sending overtures to their classes and Synod 1993 to revise and clarify this decision. Because it is so ambiguous and unnecessary, it has only served to aggravate the current unrest and divisiveness in the denomination. To allow the decision to remain as it currently stands would certainly not be prudent in the current polarized situation!