One of the most important debates in this Congress is about to begin over the future of our children.

Sen. Paul Coverdell (R-GA) is again offering a bill that would allow parents, or anyone else, to put as many as 2,000 after-tax dollars per year into an education savings account that would draw tax-free interest and could be used by parents to send their children to the school of their choice—not the government’s—and for other education-related expenses.

That the public schools are failing to educate according to once-high American standards is beyond dispute. From the evidence of national test scores, to comparisons with other countries, to the need of many businesses to teach basic skills to new employees, it’s clear that public education in America has been in serious trouble for some time.

Coverdell, who sponsored a similar measure last year only to see it vetoed by President Clinton, says this time he has the support of more Democrats. But he wonders about the opposition of the National Education Association and liberal senators like Carol Moseley-Braun (D-IL) who want to spend more public money to hire additional teachers and fix decaying buildings. The problem isn’t lack of teachers, but lack of knowledge, and the crumbling buildings merely a metaphor for what is taking place inside. 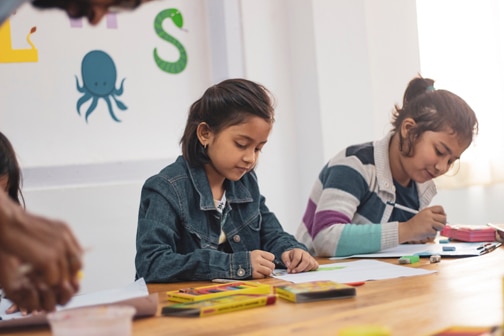 Critics say the poor can’t afford 82,000 per child per year. But Coverdell’s bill allows non-family members, including businesses and nonprofits, to contribute to a child’s education savings account. Polls have shown that the poor, more than any other group, want the freedom to choose their children’s school. Why must they be doubly cursed, first with their own poverty, and second with a system that doesn’t offer their children a chance to get a proper education, which is their best ticket to prosperity?

While the federal government attempts to break up Microsoft’s “monopoly,” the Clinton administration continues to support an education monopoly. Now everyone realizes that competition has been good for the US Postal Service and the phone company; such competition benefits consumers. Competition would improve all schools, including public ones.

The National Education Association and its allies know that the issue isn’t education, it’s politics. The only way children can be forced to believe what modern educators want them to believe—about themselves, America and the world—is to trap them in these failed institutions.

Author Berit Kjos, in her 1995 book Brave New Schools, exposes the game plan of contemporary educators. She quotes Professor Benjamin Bloom, known as the father of outcome-based education, as saying: “The purpose of education and the schools is to change the thoughts, feelings and actions of students.” No, it isn’t. It’s to teach basic facts and truths.

In announcing his education goals as part of “America 2000,” George Bush said, “Nations that stick to stale old notions and ideologies will falter and fail…(we need) new schools for a new world … Reinvent — literally start from scratch and reinvent the American school…Our challenge amounts to nothing less than a revolution in American education.”

That call must be heeded. Today’s system produces four out of 10 kids who can’t pass basic achievement tests, and in many schools six out of 10 children aren’t learning to read and write properly.

For 40 years, American public education has pressed children into a humanistic, secular, multicultural mold. Some, like Vice President Al Gore, want to elevate the Earth to the divine. Gore has written, “(A) major goal…should be…to organize a world-wide education program…In the process, we should actively search for ways to promote a new way of thinking about the current relationship between human civilization and the Earth.”

Those who believe differently should not be forced to accept such ideas and objectives. The Coverdell bill is a first step toward intellectual freedom and the restoration of parental authority in directing the minds of their children.