At this point in our analysis of fl. Dr. Daane’s concept of Divine sovereignty it is well for us to pause and review the conclusions which we have reached to date. We have shown that this idea of unactualized possibilities in the counsel of God is an idea which is without foundation in Scripture or creed; that it militates against Scriptural and creedal statements which set forth the idea that God’s counsel and providence, or what amounts to the same thing God’s counsel and universal history, are mutually exhaustive. There is nothing in the one that is not also in the other.

In the conclusion of the last article on “The Inescapable Cross” it was further demonstrated that the cross was also a chosen cross. Jesus Christ not only went to the cross by virtue of his foreordination but by virtue of the exercise of His own free, sovereign, unfettered choice. We may note that this choice not only involved his submission to the cross but the active laying down of his life. He had power to lay down his life and he had power to take it up again. And he used that power in accord with complete self-determination in active obedience to the Divine command. 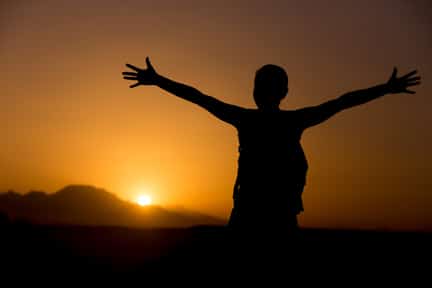 Dr. Daane at this point is telling us that freedom of choice as it pertained to Adam before the fall is freedom to sin and freedom not to sin. Adam not onIy had the power of choosing to do one thing but he also had the power of choosing to do the exact opposite. He had the power to obey God or he had the power to reverse the whole natural, created inclination of his will and thus disobey God. With this, no Reformed Christian will have the slightest argument. But the question is: What does that freedom, so conceived, so possessed, and so exercised, have to do with the question of God’s foreordination?

Dr. Daane writes as though the divine foreordination of the fall was irreconcilable with such freedom. At this point it would be well for us to consider a passage from the little volume of Zanchius on “The Doctrine of Absolute Predestination” where he writes on page 88, “that he (Adam) fell in consequence of the divine decree, we prove thus: God was either willing that Adam should fall, or unwilling, or indifferent about it. If God was unwilling that Adam should transgress, how came it to pass that he did? Is man stronger and is Satan wiser than he that made them? Surely no. Again, could not God, had it so pleased him, have hindered the tempter’s access to paradise; or have created man, as he did the elect angels, with a will invariably determined to good only and incapable of being biased to evil; or, at least, have made the grace and strength, with which he endued Adam, actually effectual to the resisting of all solicitations to sin? None but atheists would answer these questions in the negative. Surely, if God had not willed the fall (i.e. if the fall had not been the sole possibility in his counsel, E.Z.) he could and no doubt would have prevented it; but he did not prevent it: therefore, he willed it. And if he willed it he certainly decreed it, for the decree of God is nothing else but the seal and ratification of his will. He does nothing but what he decreed, and he decreed nothing which he did not will, and both will and decree are absolutely eternal, though the execution of both be in time. The only way to evade the force of this reasoning (and apparently the way chosen by Dr. Daane, E.Z.) is to say that God was indifferent and unconcerned whether man stood or fell But in what a shameful, unworthy light does this represent the Deity! Is it possible for us to imagine that God could be an idle, careless spectator of one of the most important events that ever came to pass? If things the most trivial and worthless are subject to the appointment of his decree and the control of his providence, how much more is man, the masterpiece of this lower creation? And above all that man Adam, who when recent from his Maker’s hands was the living image of God himself, and very little inferior to the angels and on whose perseverance was suspended the welfare not of himself only, but likewise that of the whole world! But so far was God from being indifferent in this matter, that there is nothing whatever about which he is so, for he worketh all things, without exception, after the counsel of his own will. Consequently, if he positively wills whatever is done, he cannot be indifferent with regard to anything. On the whole, if God was not unwilling that Adam should fall, he must have been willing that he should, since between God’s willing and nilling there is no medium (no unactualized possibilities in his counsel, E.Z.). And is it not highly rational as well as Scriptural, nay, is it not absolutely necessary, to suppose that the fall was not contrary to the will and determination of God, since, if it was, his will, which the apostle represents as being irresistible (Romans 9:19) was apparently frustrated and his determination rendered as worse than none effect. And how dishonorable to, how inconsistent with, and how notoriously subversive of the dignity of God, such a blasphemous supposition would be, and how irreconcilable with everyone of his allowed attributes is very easy to observe.”

Thus Zanchius establishes the fact of God’s will with respect to the fall of man. But like all the Reformers, both before and after him, he did not regard this as exercising an external compulsion and a restraint over the wills of men.

William Cunningham in his “Historical Theology,” Vol. 2, p. 578, writes “The compilers of our standards (The Westminster Confession of Faith and Catechisms, E.Z.) believed, as the Reformers did, that God has foreordained whatsoever comes to pass and that of course he had ordained the fall of Adam, which thus consequently became in a certain sense necessary—necessary, by what was called the necessity of events, or the necessity of immutability. Still, they also believed that man fell because he was left to the freedom of his own will, and because having free will, he freely willed or chose to sin. It follows from their holding at once both these doctrines, that they did not regard God’s foreordination of the event as inconsistent with man’s liberty of will…” And again in the same volume, p. 581, he says, “With respect to the bearing of the foreordination and providence of God upon the question of the liberty or bondage of the will, or, what is virtually the same thing, with respect to the liberty or bondage of the will of man, viewed, not as fallen and depraved, but simply as a creature entirely dependent upon God and directed and governed by him according to his good pleasure—the Word of God and the standards of our Church say nothing beyond this, that man before his fall, or viewed simply as a creature, had, notwithstanding God’s foreordination and providence, a freedom and power to will and to do good, which fallen man has not. The Reformers, while all strenuously maintaining the under bondage of the will of fallen man as a Scriptural truth, usually declined to speculate upon the bearing of God’s foreordination and providence upon the freedom of the will of his creatures, simply as such, or what is the same thing, of man before the fall, as a subject mysterious and incomprehensible in its own nature—one on which scarcely any definite information was given us in Scripture…”

Thus we see that in the proper sense of the word we have an inescapable fall as certainly as we have an inescapable cross. After all, what purpose would an eternally predestined cross have in a world where the fall was uncertain. But just as the cross was a chosen cross, so also the first sin was a chosen sin. Just as Christ freely, sovereignly, laid down his life for sinners, so also Adam freely and sovereignly gave himself up to death in and by sin. Both were sovereignly foreordained of God, both acted sovereignly in the use of their uncoerced wills. The certainty that is guaranteed by the eternal counsel of God is not the kind of philosophical necessity that coerces action against the will of the creature. The Westminster Confession of Faith sets this forth so beautifully in Chapter 3, Section I, “God from all eternity did, by the most wise and holy counsel of his own will, freely and unchangeably ordain whatsoever comes to pass: yet so, as thereby neither is God the author of sin, nor is violence offered to the will of the creatures in the affirmative. But the evidence points in a much more serious direction.

We believe we have shown that this footnote is divergent from the main stream of Reformed Theology in its presentation of the doctrine of divine sovereignty. And if this were the only instance in which such divergence came to light, it might not be quite so disturbing. But when it becomes apparent that this unique conception of divine sovereignty has apparently become a controlling motif of Dr. Daane’s theological thinking, then we can only ask him to give very careful consideration to the path upon which he is treading.

We have excellent examples of how this concept of divine sovereignty as a controlling motif of theological thinking comes to expression in other writings of Dr. Daane.

Circumstances and practices, many of which are admittedly true, and declares that these are all the result of looking upon divine sovereignty as the central doctrine. Thus he is disturbed by a theology that seeks to account for the elect and reprobate in terms of divine sovereignty. He deplores the fact that the ultimate explanation of saved and lost was “simply sovereignty.” He is disturbed that the counsel of God is made the ultimate source of all history, of “whatsoever comes to pass.” One is led to think that the moment of proclamation of the Gospel can be real only in so far as it is beyond the control of the central doctrine; only then can it be a genuinely eschatological moment of grace and judgment to the listener.

It is unfortunate in all this whole discussion that Dr. Daane has not presented us with a more positive expression of his view of sovereignty based upon a solid exegesis of Scripture. For the most part we have had to content ourselves with his negative criticism of the “status quo.” Only occasionally, as in the concept of unactualized possibilities, have we been given an insight into his more positive constructions, We believe that Dr. Daane, in all fairness to the Church, needs to explain in breadth and depth the exegetical foundation for his view of divine sovereignty and then make a proper plea to the Church to make its creeds and confessions conform to this new Scriptural light.