When I was in grammar school, it was said that the longest word in the English language was antidisestablishmentarianism. Most of us did not know what that word meant, but it was fun occasionally to roll that big word around in the mouth. Eventually, I looked the word up in a dictionary and learned that it referred to the movement in England that opposed the disestablishment of the Church of England.

Others, however, reject the idea of disestablishing the Church of England. They argue that the establishment is historic and has served England well. They believe that an established church helps give religious and moral issues a more important place in English life. (For example, rumors of possible divorce in the royal family are always discussed in terms of the responsibility of the queen to oppose divorce as governor of the Church of England.) They believe that the established church gives the country a common set of values to guide national life. Some argue that since Christ is King of glory now, He should be recognized as such by official status for His church.

For most Americans such discussions will seem very strange. We do not have an established church. Most of us are so accustomed to the idea of the separation of church and state that any other approach seems impossible.

Even if we do not have an established, official church. the reality of establishment is not actually so foreign to us. Establishment is found in most areas of life: political, economic, intellectual as well as religious. Establishment may exist in law (de jure) or it may just exist in fact (de facto). Whenever we talk of the politicians and bureaucrats in Washington or of Wall Street or of political correctness in the universities, we are talking about an establishment. The establishments are those in any area of life who have the dominant influence and formative power.

Establishment is about power. Those who oppose the establishment usually oppose its power (often because they want it for themselves.) Establishments may be good or evil, but they seem inevitable. Some person or group or idea will in fact have dominant influence in a given area at a given time. 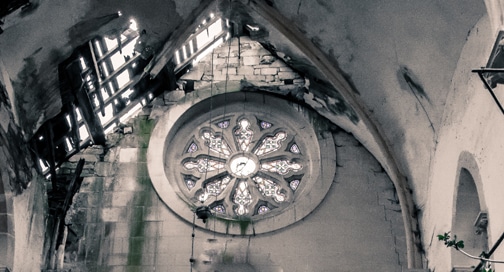 The reality of establishment is important for an understanding of American religion. Although the Bill of Rights prohibited a national established church, three New England states had established Congregational churches well into the nineteenth century. More importantly evangelical Protestantism was the de facto established religion of America into the early twentieth century. Romman catholic immigrants understood the reality of this Protestant establishment and built parochial schools to protect their children.

The trauma of the modernist-fundamentalist controversy was significantly over the nature of Protestantism and the future of its establishment. Conservative Protestants lost that struggle and were to a great extent disestablished. But the anger and frustration continues. The call for prayer in the public schools is the call for the return of an establishment that has been lost. Now evangelicals are building Christian schools to protect their children.

The Reformed world in America has also had its establishments. Historically Presbyterians in the north and in the south were accustomed to a significant measure of influence in society. They may not have been quite so wealthy as the Episcopalians, but were often better educated. Now, however, conservative Presbyterians have been disestablished in the large Presbyterian church and in society in general.

The disestablishment of CRC conservatives has been a slow process over several decades. Conservatives have fought their case in classes and synods, but for some time they have basically been fighting a rear guard action as they retreat. Their victories seem only to slow the pace of progressive or liberal advance. A new establishment for all intents and purposes is in place.

CRC conservatives, however, still have the mentality of the establishment. They think in terms of power, power that they once wielded and want to wield again. They want the power in synod for doctrinal definition and discipline. They frequently argue in terms of their tradition and historic position.

The time has come for me to change pronouns, to stop saying “they” and start saying “we.” I am a CRC conservative. I have felt the frustration and anger of the disestablished. I have lived at Westminster Seminary with Presbyterian conservatives who have had similar feelings. I am convinced that we need to move beyond such attitudes. Righteous indignation is still appropriate at times. but we need much more than that.

We Reformed conservatives need to become missionaries in our mentality. Missionaries recognize that they are not established. They do not have power. They must understand a new culture and learn to communicate with it. They depend on the Spirit to persuade their listeners. They need to understand their own position thoroughly so that they can answer questions and defend their teaching.

Too many of us Reformed conservatives are not up to being missionaries. We are too accustomed to power. We succumb to the argument of Thomas Becket’s second tempter: “Power is present. Holiness hereafter.”1

We must watch our attitudes as we present the truth. The disestablished are apt to be impatient, grumpy and angry. They are likely to look for quick fixes for theological problems that need careful analysis. Missionaries will follow the admonition of Paul to be kind, patient and gentle (II Tim. 2:24,25). They will recognize the longterm commitment necessary for persuading others of their point of view.

One serious impediment to being missionaries is that many of us can no longer really defend our Reformed heritage. In the days of our establishment we could simply take our heritage as given. Even when historic Reformed Christianity was attacked, we were tempted to use power rather than arguments to defend it. We may be shocked to discover that our own commitment to Reformed doctrine and practice may be more the result of familiarity than of our knowledge of the Biblical evidence for our commitment.

To propagate and defend Reformed Christianity today we need to be knowledgeable about the Biblical. theological and historical foundations of our faith. For many of us this means back to the books. We may make uncomfortable discoveries as we realize that our own Reformed commitments have not been as pure as we have always imagined them to be. We may need to change to become more consistently Reformed.

In evaluating our Reformed commitments our ultimate authority must be the Bible. At the heart of our Reformed faith is sola Scriptura. But as we study the Bible let us not be isolated from our theology and history. It is too easy for us to be stampeded by modern questions and answers in interpreting the Bible if we are not intimately acquainted with our Reformed tradition. Before we change. before we accept “new, fresh” ideas from the Bible, let us ask why our forebears thought differently. They read the Bible too! Why did they come to conclusions so far from our new ones? If Reformed people thought or did something for three hundred years or more, should there not be among Reformed people today a presumption that they were right? At least we must be sure we really understand their reading of the Bible before we reject it in favor of our own.

Disestablishment is not all bad. Some observers believe that the vitality of American religious life is significantly derived from the varieties of religious groups in America and their interaction and competition with one another. In any case disestablishment is sometimes unavoidable. When disestablished. we must be missionaries. We must look. ahead and not back. We must not grumble and try to recreate our old establishment. We must carry forth the glorious understanding of the Gospel entrusted to us by our Reformed forebears. We must look to the Spirit to grant the increase. Remember that the Apostle Paul lost his position with the Pharisee establishment and became a missionary. His work was not easy, but he embraced it with joy. He still says to us: “…forgetting what lies behind and reaching forward to what lies ahead, I press on toward the goal for the prize of the upward call of God in Christ Jesus” (Phil. 3:13,14).