Last month, we reviewed together the Biblically-established reasons for the elders’ involvement in the practice of church discipline. I suggested three: for the church’s sake (to prevent spiritual carelessness, or the spreading of the diseases of disobedience), for the holiness and honor of the Lord and the reputation of His name, and finally, and especially, for the purpose of restoring the sinner by way of repentance. 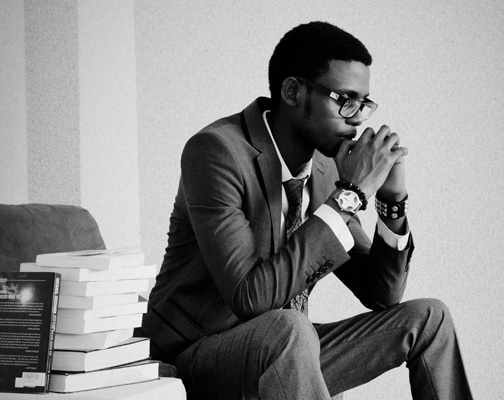 But having said all that, I’d be remiss if I didn’t add a few paragraphs that aim at the heart of the issue: the lack of a pastoral approach to discipline. Most of the grievous failures I’ve witnessed in the matter of discipline in a wide diversity of Reformed churches have occurred in this arena. To be sure, there are some Reformed churches that express hesitance to discipline at all; others speak often of discipline as a mark of the true church, but do precious little of it in the practice of their local church life. But usually, where churches fail is in the process of discipline as they carry it out.

Allow me to explain my last sentence. Far too often, discipline is used as leverage. That is, “discipline” is not thought of as it is in Scripture: the careful, regular discipling of individuals and families, including rebuke, admonition, and the urgency attendant with such ministry. Rather, it is used as a threat, whether implied or explicit. Here’s how it works: Joe and Margaret are told by one of the elders that their son Bill ought to amend his life and return to church more regularly “or else we’ll have to begin discipline proceedings.” Or this: Pete and Anne have had marriage problems for years. Everyone knew about it; some even prayed for them and encouraged them during particularly bad spells. But now that they’ve announced that they’ll be filing for divorce, an elder team arrives at the door to remind them that Scripture (I Cor. 7) forbids the divorce of believers from one another. During the course of the visit, a statement like the following is made: “You must not divorce, or else you will put yourself in jeopardy of the discipline of the church. And you wouldn’t want that!”

Now, I know you could argue that there is a deterrent value to punishment. That’s long been the argument of the pro-capital punishment lobby in American politics. I’ve heard preachers and elders use the same language about the positively wonderful spiritual benefits of a church that is diligent to apply discipline. Yet, the above examples (which, by the way, are true. As they say, “only the names have been changed to protect the innocent.”) are not so much examples of deterrence as they are of sloth and dereliction of duty by the elders.

Consider: your children are rebellious, to the point of openly flaunting all your rules. You watch them go from verbal rebellion, to physical defiance (complete with gestures, glaring eyes, and slamming doors), to blatant disobedience, Finally, when you can stand it no longer, you summon them to the family room and announce: “If you try that once more, I’ll have to ground you.”

What’s wrong with that, you ask? Discipline is necessary for children. Sometimes you’ve just got to be tough! Of course, but not after sitting by idly while hearts harden and sinful practices become habits of disobedience! If your child were drinking vodka every day on the way home from school, you wouldn’t wait until it became an entrenched habit. You’d nip it in the bud as soon as you knew about it. Reminds me of one of my children’s answers years ago—an answer that revealed more about my failings than about her heart. When asked “How many times do I have to tell you to pick up your toys before supper?”, she replied, questioningly, “Three?” Needless to say, my wife and I quit threatening so often and started getting up off the recliner quicker!

So too with the children of God. Many are immature in their faith (and that despite the number of years they’ve been members!), and must be nurtured accordingly. You don’t begin with threats long after sinful practices have calcified into habits of the heart. You begin with careful instruction, with clear explanation of God’s Word and will, with detailed descriptions of the consequences of sin on self, on family, on church, and on one’s relationship with Christ.

Methodologically, I offer a series of very brief, but I trust clear, suggestions. Examine your relationship with your people in light of these. Make sure you examine the related Scripture passages carefully.

1. You must lay a foundation of trust long before problems arise. Parents who discipline effectively have established a relationship of love with their children, and it is that relationship which establishes the grounds and the purpose So, too, elders You should make aggressive efforts to know your people intimately. Visit in their homes frequently to pray for them and wlth them call them to rejoice in their happy times. Call to celebrate with their children’s accomplishments. Sit with them when life’s sorrows bring tears. Make clear, in short, that you love them from the heart. Then, later, if you must rebuke them or admonish them, they’ll know you mean it for their good. And that may well affect their response.

• Consider: John 10:5. Sheep only follow a shepherd whose voice they recognize! If elders are to be shepherds in the spirit of the Good Shepherd, their flocks must come to “know their voice,” and through theirs, to know His!

• Consider: I Thessalonians 2:7–8,11–12. The Apostolic model of care is “like a mother” and “like a father.” Read these verses carefully. and note what those similes mean in concrete terms.

2. You must make clear just what repentance looks like. This may be so obvious as to be unnecessary, but I don’t think so. Many elder visits with sinful members have the harsh edge of confrontation, even rebuke, without ever making clear that the purpose is repentance and restoration. Further, while you may tell people you want them to repent, ask yourself if you have communicated just what that means in real life? Consider Peter and Anne (discussed earlier, the couple with the failing marriage). (An elder who had been involved right from the beginning would have caught the marital strain long before it had escalated, so this situation may well never have occurred. However, for discussion sake…) When you make the “discipline call” on them, what do you ask for? What will constitute repentance? Not going through with the divorce? Is that enough? How about an agreement from each on a specific plan designed to rebuild their marriage in God’s Word, through appropriate counseling and instruction, and perhaps with an assigned mentor couple with some years of experience, or one who had been rescued from a failing marriage themselves? The point? Be clear before you go, just what you, representing Christ and His grace, will ask them to do, or to stop doing, or to change, or to believe, or whatever. Don’t just go to tell them that the status quo of their life is unacceptable.

• Consider: Galatians 5:13–15; Ephesians 4:17ff. In these passages, which are only two examples of many contained in Scripture, you will notice the Apostolic method. Not only confronting sin negatively, but offering specific instruction for the change to be made positively. In the words of the Heidelberg Catechism: not only “the dying away of the old self” but also the “coming to life of the new self” (LD 33).

3. Be persistent. Again, this is probably unnecessary to say, but discipline is not merely a “following of the rules.” You don’t just make the requisite visits, warn the requisite number of times, and then report back that there is no repentance. Rather, you demonstrate the heartfelt urgency that must be there if you really love the individual as one of Christ’s own. You persist in calling, in warning, in demonstration of the pain their sin causes both Christ and you, and in clear and visible evidence that you want them back, and will receive them when they repent.

• Consider: Acts 20:31. “Remember that for three years I never stopped warning each of you night and day with tears.” The point here is not the length, it is the pastoral passion which the Apostle demonstrated, and which he holds up as the model for their own work as elders.

4. Finally, rejoice when repentance is granted by the Lord. Obvious? Of course. But also so easily overlooked. Jesus thought the joyful reception of the repentant so urgent that He made very clear how distasteful it was to Him when the shepherds acted like the older brother of the prodigal, instead of like the father who “killed the fatted calf.” What is your approach in these things? Do you convey an “It’s about time” attitude? Or do you wrap your arms around those who repent, so that they know that they are ouly accepted back? Remember, the church is not the community of the holy few, but the community of the forgiven. It is those to whom grace has been shown, who now show grace to others.

• Consider: Luke 15. Read the entire chapter. The two parables preceding that of the prodigal son establish the pattern: something is lost, is found, and rejoiced over. Then only does Jesus turn to a son. (How much more precious than a sheep or a coin!) But that’s just where human arrogance enters to spoil the picture. How about with you? In your local church?

Dr. John Sittema is pastor of the Bethel CRC in Dallas, TX.