Democracy is one of those magical words in North American culture. It evokes strong feelings of confidence and pride. It is associated with patriotism and freedom and the rights of the individuaL It speaks of some of the best and noblest dimensions of our society. But Christians know that magical words must always be somewhat suspect. Can we prize democracy too highly? 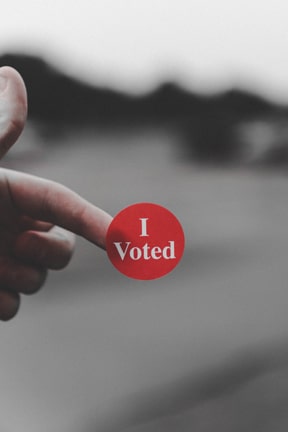 This question came to my mind some months ago when I heard a German professor interviewed on the radio. He was speaking about the rise of neo-Nazi groups in Germany and was explaining current German law to an American audience. He spoke of the German law that outlaws groups advocating the overthrow of democracy. The American interviewer asked if such a law, limiting free speech, was not itself undemocratic. The German professor replied that in Germany they needed “radical democracy.” He explained that where democracy was new or fragile, it might be necessary to prevent criticism of democracy in the name of democracy.

Did the professor mean to imply that democracy was too sacred to be criticized? Is it a form of blasphemy to say anything negative about democracy?

Certainly in the recent past there have been strong criticisms of democracy. George Bernard Shaw with typical wit once remarked, “Democracy substitutes election by the incompetent many for appointment by the corrupt few.” We all have probably felt that way at one time or another.

The words of Winston Churchill however, probably come closer to my feelings: “Many forms of government have been tried, and will be tried in this world of sin and woe. No one pretends that democracy is perfect or all-wise. Indeed, it has been said that democracy is the worst form of government except all those other forms that have been tried from time to time.” We must not underestimate the value of democracy as a form of government, but neither must we see it as a panacea for all human troubles.

It is the tendency to see democracy as a cure-all that troubles me. Democracy will not make people holy or noble or good. At its best, democracy, by checks and balances, restrains the selfishness of man.

Sometimes democracy is even called a “lifestyle.” In this sense democracy ceases to be simply a form of government and becomes a general, cultural pattern. This democratic lifestyle tends to oppose any structures or authorities that conflict with the rights of individuals. In such a culture for example, the biblical structure of the family and the responsibilities of pa rents to discipline their children can easily be seen as abusive. Where individual rights and self-fulfillment are the all in all, the rights and responsibilities of the other structures of society are ignored or even vilified.

In a fascinating book entitled The Democratization of American Christianity (1989), Nathan Hatch has examined the impact of an increasingly democratic culture on the American church. He shows how the developments in late eighteenth and early nineteenth century America undermined ministerial authority and status. The minister became more and more dependent on the laity. In a democratic culture tile authority and discipline of tile church are easily perceived as manifestations of tyranny and authoritarianism. Much of the contemporary support for women in office flows I believe, from our democratic culture rather than from a biblical worldview. The danger is that the vox populi is mistaken for the vox Dei.

E. M. Forster was one of the great English novelists of the twentieth century. He was no Christian. He summed up his faith in these words: “Lord, I disbelieve—help thou my unbelief.” But he had profound insight into the virtues and limitations of democracy. In 1939 he wrote an essay entitled, “What I Believe.” With the spread of fascism in that time—which he abhorred—it would have been easy for him to turn to democracy as to an idol for comfort and protection. But instead he wrote these sober and appropriate words: “Democracy is not a beloved Republic really, and never will be. But it is less hateful than other contemporary forms of government,and to that extent it deserves our support…So two cheers for Democracy: one because it admits variety and two because it permits criticism. Two cheers are quite enough: there is no occasion to give three. Only Love the Beloved Republic deserves that.”

As Christians we need to see the value of a democratic form of government, but not get swept uncritically into a democratic culture. We must seek a biblical worldview to guide our sense of authority and individual rights. Most of all we must remember that “here we do not have an enduring city, but we are looking for the city that is to come” (Hebrews 13:14). Our ultimate loyalty is only to that Beloved Kingdom that Jesus Christ will visibly establish when He comes again.

Because we Christians are already members of that Kingdom, we must not live in worldly ways. Paul reminds us: “Many live as enemies of the cross of Christ. Their destiny is destruction, their god is their stomach, and their glory is in their shame. Their mind is on earthly things. But our citizenship is in heaven” (Philippians 30:18–20). Democracy will not take us to heaven.

Democracy will not build heaven on earth. But democracy is the best system of government to allow us to lead quiet and godly lives. So two cheers for democracy.