WITH EMPHASIS ON THE QUESTION: WHAT IS THE SIGNIFICANCE OF DEATH FOR THE BELIEVER?

1. ITS UNIVERSALITY AND CERTAINTY

Take your watch and observe that secondhand. Notice the seconds speed by. Here in the United States, last year, approximately every twenty seconds a person died! Think of it: three deaths every minute and that is leaving out of consideration those who died in their mother’s womb. Incidentally, this does not mean that our country will soon be without inhabitants, for it should also be borne in mind that although of late every twenty seconds there has been a death, every eight seconds there has been a birth. This means that, at the present rate of birth, in a single year about as many babies are born in this country as was the entire population of the United States in the year 1790 (according to the official census of that year), that is, about four million.

But if even the annual death-rate in ow’ country is shocking, what shall we say about the death-rate in the world at large? In an excellent article which appeared in Christianity Today (February 3, 1958, p. 17) there appeared the puzzling statement that the present world’s death-rate has been computed to be one person every eight seconds! The author does not tell us where he obtained that figure. To me it would seem to be definitely on the conservative side. Figure it out for yourself. According to the 1958 World Almanac, pp. 260 and 265, the population of the United States is approaching 170 million, while the population of the entire world is almost 2 and 3/4 billion. That means that roughly the world’s population is 16 times that of the United States. But then, would the world’s death-rate be only 2 and 1/2 times that of the United States? That is hardly possible.

What makes all this more terrifying is the fact that death in the human realm—yes, even physical death—is not a merely natural phenomenon. It is basically a punishment for sin, a divine “appointment” (Genesis 2:17; Hebrews 9:27). It is an element included in the curse which God pronounced on Adam and his posterity: “Dust thou art, and unto dust shalt thou return” (Genesis 3:19). 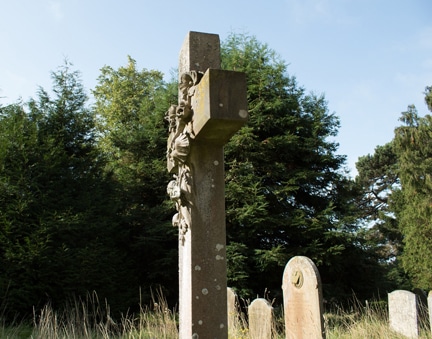 2. ATTITUDES WITH RESPECT TO DEATH

b. That of the Escapist. There are millions of them. They fear death, and so they scrupulously avoid all mention of it. It is said that Louis XV forbade his servants to mention the word death in his presence. The Chinese are afraid that by mentioning the word death they are inviting it! In our own Western society the word is also being avoided as much as possible. Other words and phrases are substituted, if the matter must be discussed at all. Death is a reality which natural man does not dare to face. But that attitude, too, cannot be the true solution. It can never give peace to the soul.

c. That of the Fatalist or Stoic. This person tries to make himself and others believe that he is not a bit afraid of death. Is not death, after all, natural? Then why not face it boldly? Why not approach it without any trepidation? “When I die, I rot,” said someone. And perhaps he added, “What of it?”—This, too, is no solution. This fellow is only whistling in the dark. He acts bravely, but remember, it’s an act! Read Isaiah 57:21.

d. That of the Blatant Infidel. This man curses death. He defies it. Being at the point of death, with his last bit of strength he shakes his fist at the elements and falls back dead, or else dies gasping, “This is a dirty trick.”

e. That of the out-and-out Pessimist. He is utterly tired of life, and finally puts himself to death. In the year 1956 more than 16,000 persons committed suicide in the United States alone. This, too, is no solution. See Genesis 9:6; I Corinthians 6:19. But see also Matthew 7:1.

f. That of the Sentimentalist. He gushes over death-bed scenes, grows very sentimental, and is convulsed with sobs when he reads the story of the death of little Nell, in Dickens’ Old Curiosity Shop. He enjoys it, though!

g. That of the Religious Fanatic with “martyr-complex.” Do not confuse this person with the real martyr, like Stephen. No, this individual actually seeks to be put to death, though he does not put himself to death. He believes, perhaps, that by offering himself to be put to death for the faith he can earn a martyr’s crown and afterward be venerated on earth as a saint. The words of I Corinthians 13:3b might apply to him.

h. That of the Christian: the healthy attitude. By no means does he seek death. He knows very well that death is contrary to nature, and that it is his duty to wait until God relieves him from his earthly post. Yes, the believer knows that in and by itself death is shadow and not sunlight. It means separation of that which belongs together. But he also knows that it is not the Valley of Death which he will have to enter but only the Valley of the Shadow of Death (Psalm 23:4). Moreover, he is convinced that in that valley Jehovah will be with him. He is never alone. Nothing, not even death, can ever separate him from the love of God which is in Christ Jesus, his Lord.

Death, to be sure, is in its essence separation. For the unbeliever it indicates not only a separation of the body from the soul, and of the person from all that was dear to him on earth; it even means a separation from that manifestation of God’s kindness of which even he, the unbeliever, was the object here in this life. For the believer the separation is not complete. In fact, the main element in this separation is entirely missing. God’s kindness and love go with the believer to glory. There, too, he will meet friends again and riches, far better than here on earth. And at Christ’s return the soul will he reunited with the body, the latter gloriously transformed.

All this is the result of the fact that death’s curse was borne for the believer by Christ. And life’s crown was merited for him by that same Lord. Hence, for the believer physical death has now become a cloud with a silver lining, and it is upon that silver lining that he rivets his main attention. And so he prepares himself for death. He looks unto Jesus, and from his heart there arises the triumphant cry: “Death is swallowed up in victory,” etc. (I Corinthians 15:55–57). In the deepest sense he no longer belongs to the realm of death, but the realm of death belongs to him, for it is his stepping-stone to the full realization of the goal of his existence: the glory of God.

1. How many persons die every minute in the United States, on the average?

2. Is death a merely natural phenomenon, a mere physical necessity? What is it really?

3. Describe several non·Christian attitudes to death, and criticize them.

4. Why is the Christian attitude entirely different? What is it?

5. In what terms does the Bible describe the death of believers?

1. Should a doctor tell “the whole truth” to the patient who faces death?

2. Is death inevitable for all human beings?

5. Did Jesus die a physical, spiritual, or eternal death?