A jury in Michigan has acquitted Jack Kevorkian of violating a state law banning assisted suicide. Kevorkian’s defense was that he did not “intend” to kill the two persons he was accused of helping to kill, but wanted to alleviate their suffering.

A related case occurred last week in San Francisco. In an 8-3 decision, the 9th U.S. Circuit Court of Appeals discovered a “right to die” in the Constitution and struck down a Washington state law banning doctor-assisted suicide.

What do these two cases have in common, and what alarms should they be setting off?

The culture of death, having been successfully imposed on the innocent unborn, is now being slowly but steadily advanced against the sick and the aged. Recall that one argument in favor of abortion was that some pre-teen girls were being made pregnant by stepfathers and uncles. The law prohibiting abortion in most states, therefore, needed to be modified to assist these young victims. Tragically, once a fundamental principle is violated, the door can be quickly opened to unanticipated atrocities, such as abortion on demand. Yesterday’s unthinkable quickly becomes today’s thinkable.

To make the abortion-on-demand pill easier to swallow, the language was changed to “choice” and “product of conception.” The identical strategy is being employed at the other end of life’s spectrum. Kevorkian declared he never wants his patients to die and said their deaths were an “unfortunate, repugnant, unavoidable” consequence of relieving their suffering. Given the medical certainty that inhaling carbon monoxide is not a life-affirming activity, Kevorkian is being disingenuous at best.

The interconnectedness of the life and death issues now in the courts was acknowledged by Chief Judge Barbara Rothstein of the 9th Circuit. Writing for the majority in the euphemistically named “Compassion in Dying vs. Washington,” Rothstein equated the choice of suicide to the choice of abortion, noting that each involves “the most intimate and personal choices a person may make in a lifetime.” 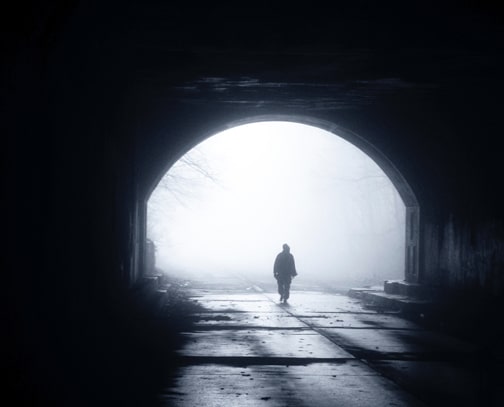 Does anyone see where this is leading? If a constitutional “right” to die is upheld, then how long will it be before the state (or one’s heirs) decides to mandate death? For the most plausible reasons, of course, and for the benefit of all. No one’s talking Nazi Germany here, or are they?

As former Surgeon General C. Everett Koop and the late Francis Schaeffer wrote in their 1979 book, Whatever Happened to the Human Race?, language is an important tool in persuading diners to your position, Phrases like “right to die” and “death with dignity,” they said, are slogans “that take on new meaning when they are interpreted by our courts. The right to die may sound wonderful-until we realize that legally it means that you can kill yourself or someone can kill you, even if you don’t want to die…The pro-euthanasia forces in our nation have deliberately chosen these slogans to mask their true intent. They realize that the American public is not ready to accept legalized euthanasia, and they also realize the power of the courts in this area.”

The economic debate will closely follow the legalization of doctor assisted suicide, as it did with abortion. Just as the public was asked to consider how much society would save by not spending money on the “unwanted” unborn, so, too, will society be asked to swallow the argument that certain classes of the elderly, the infirmed and additional “unwanteds” (now that “wanted” has replaced “endowed by our Creator” as the standard for life) are disposable in order to sweeten the state’s and our personal bottom line. We will cover our moral and ethical tracks with the Kevorkian-like rationalization that we are relieving “suffering.”

The hard cases are always used as a battering ram to allow the courts, the physicians, the politicians and the societal restructurers in the door. But once inside, they quickly take over the whole house. Appeals to evict them are rebuffed because the principle that they should not be in the house at all has been violated.

Unless the 9th Circuit ruling is overturned by the Supreme Court and a law is written that will stop Jack Kevorkian and others who will quickly follow him, “death” will soon be a category in the Yellow Pages and an increasingly exercised “option” at hospitals and nursing homes.