Allow me to begin by thanking Rev. Kuyvenhoven for his response to my review and evaluation of Rev. Boomsma’s book, Male and Female, One in Christ. I encouraged readers of my review to read Boomsma’s book and test whether I accurately summarized or properly evaluated its argument. Kuyvenhoven, though he has found my review wanting, has taken the trouble to do so. I thank him then for the opportunity to clarify what I have written. My reply will follow the three points Kuyvenhoven mentions. 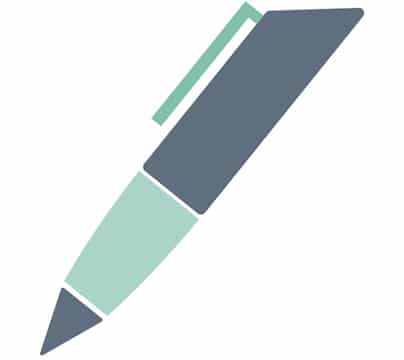 Regarding point one: Kuyvenhoven seriously misrepresents my review, when he judges that I spoke “scornfully” of Boomsma’s “theology of equality” and denied that Galatians 3:28 has any social implications for relationships between those who belong to the household of faith. Though I may be guilty of other offenses in my review, of these two I am prepared to plead innocent.

On the matter of the alleged “social implications” of Galatians 3:28, my only interest was to show that it does not have the specific implications Boomsma thinks it does. Boomsma declares that it teaches the “equality of people’s worth, function, responsibility, and autnority” (p. 38). I argued that this idea of equality has been imported into the text; it is not found in the text itself. Moreover, my whole argument was intended to say that, whatever the implications of Galatians 3:28 for social relationships are, these will not be at odds with Scriptural teaching elsewhere. This is only to repeat the classic Reformed principle that “Scripture is its own interpreter.”

Incidentally, though I did not make much of it in my review, I believe Boomsma unwittingly undermines his case from Galatians 3:28 by acknowledging at one point that “it is evident that Galatians 3:28 has social implications, but it does not address and thus does not answer whether it is proper for women to serve in the offices of the church” (p.33). Exactly my point as well!

Regarding point two: My rejection of the parallel with slavery can be restated by using a simple illustration. My argument is as follows: There is no exact parallel between biblical exhortations to slaves and to women, because the grounds for the respective exhortations are of a different kind. In the case of slavery, the grounds refer to temporary and practical circumstances of expedience. Tn the case of women exercising authority over men in the church, the grounds refer to permanent and binding features of the creation order.

The illustration I would propose is this. Suppose I were to say to my youngest daughter, “Carolyn, you may not play outside today because it is raining.” Or suppose I were to say to her, “Carolyn, you may not play outside today because if is always dangerous.” It is not difficult to see that, though there is a parallel between these exhortations to my daughter (in each instance, she is prohibited from going outside to play), there is a great deal of difference between them. In the first instance, the rule is limited in its application because the grounds are limited to specific, temporary circumstances. In the second instance, the rule is unlimited in its application because tile grounds are general and not limited by temporary circumstances.

Regarding point three: There are three aspects of Kuyvenhoven’s reply on this point which deserve a brief comment.

The first aspect concerns Calvin. Though Boomsma and others have attempted to appeal to Calvin in support of their contention that the apostle Paul was restricting the role of women in Ephesus for reasons that no longer obtain today, Calvin lends no support for this in his commentary on 1 Timothy. Calvin says, among other things, the following: “Paul is not taking from women their duty to instruct their family, but is only excluding them from the office of teaching (a munere docendi), which God has committed exclusively to men”; “he [Paul] teaches that, even if the human race had remained in its original integrity, the true order of nature prescribed by God lays it down that woman should be subject to man”; “the apostle is right to remind us of the order of their creating in which God’s eternal and inviolable appointment is clearly displayed.” There is not a shred of support in Calvin for the novel reading Boomsma tries to give to 1 Timothy 2.

The second aspect concerns Kuyvenhoven’s assertion that Boomsma did not say “I know it better than Paul,” as I am alleged to have claimed. Though these are not the terms I employed in my review, they do capture the gist of my analysis of Boomsma’s position. I stand by that analysis and do not believe Kuyvenhoven’s cavalier dismissal of the argument of the apostle Paul in 1 Timothy 2, when he joins Boomsma in pronouncing that “these rabbinical lines don’t work for us.” Here Kuyvenhoven does what Boomsma has done and what I regard to be unacceptable: he has dismissed the authority of Christ speaking through the apostle Paul in 1 Timothy 2.

This brings me to the third aspect which concerns Kuyvenhoven’s conclusion that I have been “dishonest” in suggesting that Boomsma has not honored the authority of Scripture. Whether I have been honest or not, I will leave for the reader to judge (though I am comforted to know that neither my readers nor Rev. Kuyvenhoven will be the final judge of this matter). I remain convinced that, by the high standard of our historic confession as Reformed believers, Boomsma’s treatment of the text of Scripture falls short of the mark. Rev. Kuyvenhoven’s response only confirms me in this conviction.