We observed last month that during most of the 20th century the existence of Satan and demons was not taken seriously. Liberals regarded the subject as mythological; and conservatives, while not removing Satan and demons from among their official beliefs, did not do much with the whole idea.

But recently the situation has changed and new books and articles dealing withSatan and his kingdom have appeared. In missiology the subject of “power encounters” with demonic forces has become one of the hottest issues for discussion.

In this article I want to point out some of the things the Bible teaches about Satan and his activities, particularly as they affect the progress of the gospel. We may then draw certain conclusions as to what our reactions to Satan should be. 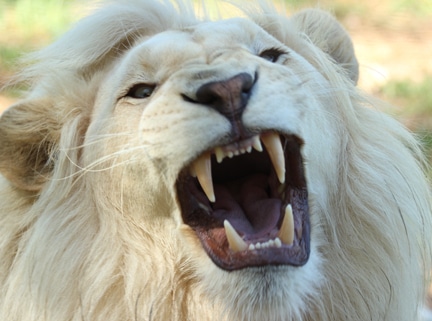 The Bible reveals that Satan, also called the devil, is a real entity possessing personal attributes. Satan is not simply a “bad idea,” a sort of myth some people believe in but lacking objective reality. Satan, according to Scripture, is one of God’s created beings.

Satan and demons are traditionally identified as fallen angels. Jesus said: “I saw Satan fall like lightening” (Lk. 10:18). Since their fall Satan and the evil spirits accompanying him have been the avowed enemies of God’s creation. The main focus of their attacks are human beings as creation’s head, and God’s new creation, centered in the kingdom of Jesus Christ. Satan knows that he cannot overcome Christ’s kingdom, but he is bent on hindering its growth in every way he can.

Satan, warned the apostle Peter, is the enemy of God’s people and he prowls like an uncaged, roaring lion looking for someone to devour (1 Peter 5:8). Since Calvary, Satan has been a mortally wounded “roaring lion,” but all the more dangerous because he knows his condition is fatal.

This battle against Satan is an ongoing struggle, and sometimes furious in its intensity. It is not finished for any of us until death removes us from this world and takes us beyond the devil’s reach.

In His parable of the Sower, Jesus identified the devil as the one that snatches away the Word of God so that people will not believe and be saved (Lk. 8:12). Let every disappointed missionary and frustrated evangelist ponder those words!

Clearly in keeping with Jesus’ teaching, the apostle Paul viewed the resistance that many people showed to his preaching as evidence of Satan’s evil work. ‘“The god of this world,” wrote Paul, “has blinded the minds of the unbelieving” (2 Cor. 4:4).

It was after all Paul the missionary, a man who knew from experience Satan’s power to prevent people from seeing the truth no matter how clearly it was presented, who wrote to the Ephesian Christians about their salvation by divine grace:

You were dead in your transgressions and sins, in which you used to live when you followed the ways of this world and of the ruler of the kingdom of the air, the Spirit who is now at work in those who are disobedient…But because of his great love for us, God…made us alive with Christ…It is by grace you have been saved (Eph. 2:1–5).

SATAN IS NOT TO BE IGNORED

It is a dangerous thing to ignore Satan or deny his existence. That only gives greater power to his kingdom and leaves Christians more vulnerable to his attacks.

The only safe way to deal with Satan is to take seriously the warnings and admonitions of Scripture. Be alert, resist him and stand firm against his devices, counseled Peter (1 Pet. 5:8–9). Put on the whole armor of God, urged Paul, so that you can take your stand against the devil’s schemes (Eph. 6:12).

It is important that missionaries and evangelists look upon the work of bringing the gospel into places of spiritual darkness from a Biblical perspective. Missions is war, and Satan does not let go of his captives without resistance. He is sure to put roadblocks in the way of the gospel and attack the messengers where he can. For missionaries keeping spiritually fit should alway;be a matter of major concern because the devil is looking for their weak points.

Strange and unexpected things can happen when missionaries invade Satan’s territory and announce the reign of Jesus Christ. Writing as a veteran missionary who had seen both the power of Satan and the power of God unleashed in frontier situations, Paul observed: “Our struggle is not against flesh and blood, but against the rulers, against the authorities, against the powers of this dark world and against the spiritual forces of evil in the heavenly realms” (Eph. 6:12).

The nature of this struggle has not changed. We are fools if we think Satan is less dangerous now. Next month we will discuss Satan’s role in sickness, his clever disguises, and what current discussions of exorcism are all about.