Bill Clinton may be the lightening rod but he isn’t the issue. Whether you know it or not, you, your family, this community and our nation are right in the middle of a cultural war. The battle has little to do with the president’s seamy sex life, but it has everything to do with what values we will embrace as a society. The question now before us is whether we will continue to cling to the bankrupt world and life view of hedonism (“if it feels good do it”), humanism (“I am the most important thing in the universe”) and secularism (“God is dead or at least has no place in the public forum”), or will we return to the principles and precepts that our founding fathers established for us.

You see, Mr. Clinton is a pure product of the modern educational system which has done an outstanding job of brainwashing him, and millions of others, into believing that relativism is true — that there are no absolutes (such as the Ten Commandments) and that pragmatism (whatever works for you) is the highest god. He truly knows nothing else. This isn’t about politics but about a mind-set and philosophy of life (which we all have whether we know it or not) that directs one’s actions.

The interesting thing is that the American people are beginning to see that life lived by all these “isms” produces internal chaos, which ultimately leads to external collapse. Since the early ‘60’s we have lived, as a culture, without God’s word, without the principles of life as codified in what we call the Judeo Christian ethic, and guess what? It doesn’t work! The tenderizer of humanism has eaten away the moral sinews at our nation and we are now left with children gunning down children, partial-birth abortions, civil suits out the wazoo because nobody can trust anybody, newborns being tossed into dumpsters, the elderly facing euthanasia and the president of the United States enjoying the services of a female, White House intern in a hallway of the Oval Office. But what did you expect? Did you really think that whatever we sowed as a culture we would not reap in a harvest of degradation and immorality? I am absolutely convinced that this November, Americans will cast a vote for the culture they want for themselves and their children. Ultimately, it will not be a vote for or against the president. At its root it will not be a mandate for a particular political party. It will be a roll call choice of whether we will begin the U-turn back to “one nation under God” or continue down the manure-strewn dirt road of secularism that is devoid of a moral compass.

And if you or I fail to “give unto Caesar the things that are Caesar’s” and refuse to vote or vote without knowing the candidates and their positions on the great issues that face us as a people, then we will have disobeyed the Lord, fouled this grand republic and violated the sacred trust that our children and their children have reposed in us as citizens. My friends, the stakes are far too high to indulge ourselves in lethargy and complacency. The walls are crumbling around us and the barbarians are at the gates. Cynicism and inactivity are cancerous cells that eat away at our freedom. We must speak out. The pulpits of America can no longer be silent. 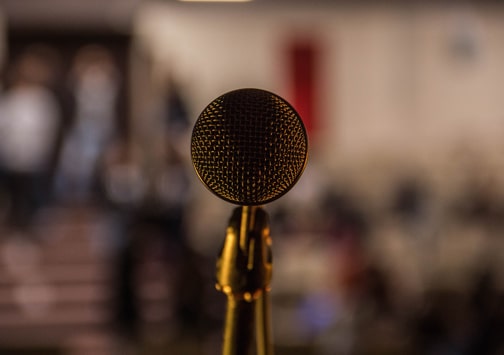 The people of God can no longer comfort themselves in the holy huddle of their churches waiting to be air-lifted to safety in a secret rapture. The time is NOW to come to the aid of your country, and may God forgive and restore this nation that was once founded for His glory and the extension of the kingdom of His dear Son!