“Ellen” is out and the “culture war” is now in full blown. The homosexual community, Planned Parenthood, much of the media, most of the entertainment industry, a vast array of those wearing judicial robe and the politicians of social engineering are all arrayed against the Neanderthal and society-ally retarded right-wing radical Christians and moralists who dare to think that absolutes still exist in the universe.

As a pastor friend of mine wrote in the Charlotte Observer, “Make no mistake about their intention. It is an aggressive cultural agenda supported by varied special interest groups, like the homosexual community, that is absolutely committed to the total reconstruction of our culture.” However, they must first “de-construct” the present culture and to do this they must first destroy the Judeo-Christian framework of ethical absolutes (which impact one’s conduct), which has been the superstructure of America for two centuries and the basis of Western Civilization.

Ethical absolutes mean that there are certain things that are right and certain and things that are wrong, but we now decide those kind of issues with the latest opinion poll. The shots are heard daily in this battle for the soul of our nation. Congress begins every day with prayer and the Ten Commandments are etched into the Supreme Court’s building, but a judge in Alabama ordered to remove those same “ethical absolutes” from the wall of his courtroom and forbidden to ask for divine guidance as he dispenses justice. In movies and on TV the conservative absolutists are portrayed as hypocritical villians who deserve our contempt and scorn. 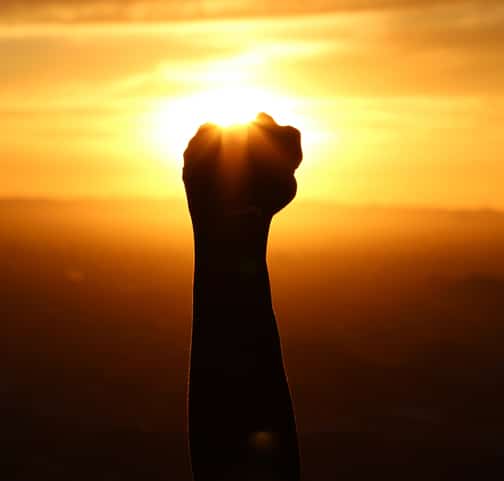 Make no mistake, de-construction (a better word might be demolition) of our culture is taking place right under our noses, and our children are paying a high price for it in self-destructive lifestyles. We now have more rebellion, more drug use, more unwanted pregnancies, more gangs, more violence, more suicide, far more school problems and less respect for authority than we have ever seen in America.

The Christian community must speak out with grace and compassion but with boldness. We don’t have to be ugly in our approach, but we must be clear. We must stop using terms like the euphemistic “gay” word, and start calling a homosexual lifestyle exactly what it is – sodomy and morally deviant, which needs to be repented of instead of affirmed. It may well be an “alternative lifestyle,” but it’s a terribly destructive one. Stop being silenced with the threat of homophobia (literally “the fear of man” which is a ridiculous term) and start sensing some “theophobia” (my word meaning “the fear of God”) because when you break God’s law then God’s law will eventually break you.

Majority rule has no impact upon the God of creation. When the Lord came to judge Sodom and Gomorrah for their wickedness, Lot couldn’t scarf up even 10 votes in favor of God’s standard. The public opinion poll was a landslide for the alternative lifestyle crowd so God took His brimstone and went home – right? You know as well as I do that the judgment came anyway for “whatever a man sows that will he also reap.”

The good news is that the ground is level at the cross. Jesus said, “Come unto Me all you who are weary and heavy laden, and I will give you rest.” That’s true for sodomites, adulterers, liars, cheats and black-hearted sinners like me.

Anything less and we just become a spectator as America burns in more ways than one.