The above theme was held in Grand Rapids at Calvin College on April 7 and 8, 1954. There are reasons to believe that this first venture was highly successful. This seemed to be the consensus of opinion among those who attended.

The conference was mainly the result of the initiative of Dr. Klaire V. Kuiper, Medical Director and Attending Psychiatrist at Bethesda Sanatorium, Denver. Correspondence conducted by him with several people in different parts of the country convinced him and others that the time was ripe for the calling of such a conference. The planning for the conference was then taken over by a local Grand Rapids committee that worked with Dr. Kuiper. The local committee was constituted as follows: John T. Daling, Ph. D., and Cornelius Jaarsma, Ph. D., of Calvin College, Dr. Johannes D. PIekker and Rev. Ralph Heynen of Pine Rest, and Rev. Edward Heerema, pastor of the Plymouth Heights Christian Reformed Church. The last named served as general chairman.

The planning committee set for itself a limited and modest goal. That goal was to open up discussion in live main areas of interest. Brief introductions opened up each of these different areas of discussion. Dr. K.V. Kuiper introduced the discussion on “Psychiatry In Our Christian Mental Hospilals.” The subject “The Christian Approach to the Understanding of Personality” was introduced by Dr. Jan Waterink, guest lecturer from the Free University of Amsterdam. 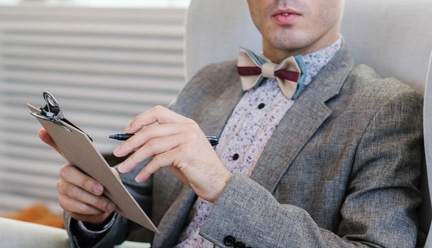 The Rev. William L. Hiemstra led the way in the discussion on “Pastoral Psychology and Psychiatry.” Rev. Hiemstra is Hospital Chaplain at the Christian Sanatorium at Wyckoff, N.J. Dr. Jaarsma of Calvin opened up the subject “Psychology and Mental Hygiene in the Schools.” The concluding discussion on “The Christian Psychiatrist in the Community” was introduced by Dr. Andrew L. Hoekstra, practicing psychiatrist in the city of Grand Rapids.

Dr. Waterink also gave a most interesting and informative lecture at the conference banquet on his work in The Netherlands. This choice of subject was not his own, but was requested.

The conference raised many questions, many questions to be dealt with in future similar conferences. It is apparent that much discussion must be held in the effort to make some headway in the effort to ennunciate some basic principles of the Christian psychology and psychiatry. Questions like this furnish much grist for further discussion: Do we have three different brands of psychiatry practiced in our Christian mental hospitals? Questions of a more theoretical nature were raised.

What is the place of the heart in a Christian psychology? What is the precise nature of Waterink’s important concept of the “self”? To what extent does a Christian psychiatrist bring his specific Christian convictions into play in his work with patients of varying backgrounds and beliefs? Just what are the bounds of the pastor’s work in the held of psychiatry? These and many more fascinating questions were raised. They hold much promise for lively future discussions.

The conference voted to hold another such conference next year at about the same time at Calvin College. A committee of nine was elected to plan for it. The committee is as follows: K.V. Kuiper, chairman; Edward Heerema, vice chairman; John T. Daling, secretary; Johannes D. Plekker, treasurer; Douglas BIocksma, William L. Hiemstra, Andrew L. Hoekstra, Cornelius Jaarsma, James A. Split.

At its business session the conference voted to express its thanks to Dr. Watcrink for his valuable contributions to the discussions.