There are as many cultural credos. Almost, as there life men in this world. Even we Christians are at sea We differ both as to the person of Christ and as to culture. But especially this last word causes some of us to squirm. Some have said the problem was that of religion and culture, and conceived these as two geometrically distinct areas. But what kind of culture are we then talking about: a personal culture, a natural culture, a present culture. or a culture we ourselves must produce? Is it our task, perhaps, to keep our Christian oxygen masks in order and praise God at the end of the road that—thanks to his grace and our wits we did not inhale the cultural poisons of the enemy? Or should we be unremittingly at work producing a Christian culture? The relation of Christ to culture is even harder to conceive. Some exponents of Christianity say that Christ cannot but be friendly to culture, others that he cannot but be hostile. Some Christians believe they have no higher task than to eat the crumbs that fall from cultural tables of the unregenerate, and they defend this nibbling by saying that,  after all, God docs not require abstinence. Others are bolder: they hold high the “Glory of Cod” in every sphere of life, also, we may suppose, the cultural sphere. But just what this cultural sphere is they could not tell you.

Those who would derive a theory of culture from the life of Jesus are equally embarrassed. Jesus is an enigma. He honored marriage but did not marry; he accepted the expensive ointment, the seamless robe, but as for the benefits of culture-well, the faxes of the desert and the birds of heaven had more than he. for he had not even where to lay his head; Jesus healed some of the sick and some of the blind but founded no clinics or hospitals; the Jews, from a wrong interpretation of the second commandment, had sinfully shunned the plastic arts, but Jesus raised no cry against this neglect. The Key to the Enigma

The clue to the puzzle is the designation “Christ.” His Anointing meant legitimacy of office and guarantee of achievement: it meant both empowerment and enablement. His program was a private one. He did not marry his mission was to siphon love from heaven down to earth in order that human marriage might again have a firm and durable foundation. He had not where to lay his head—his mission was to establish justice on earth in order that his children might have again where to lay their heads. Only as the God-commissioned Office-bearer can the Christ be understood.

This idea of vocation, of being commissioned and called, is determinative also for our theory of culture. At no time arc we to forget that Christ is the second Adam, the One who elects to himself and fashions a society of men found, not by ties of blood as is the society furthered by the first Adam, but by tics of the Holy Spirit. Adam is commissioned  to  perform  the  task  assigned  to,  but  left  undone  by, the first. And the first Adam was above all the Office-bearer: the servant of God always and in all his relations. The duty of the second Adam was, therefore, to initiate a program of reform embracing the entire creation, to take men back to the alphabet of the original cosmic order. And this alphabet was that man should fulfill the expressed will of God on all frontiers with all that is in him. In this alphabet we have, germinally, the idea of culture.

In order to make possible this return to genuine culture, Christ must do two things. First, he must appease the punitive justice of God and offer him the obedience long “overdue”. Second, he must energize by his Spirit the community of servants he has purchased, and equip them for citizenship in his new kingdom. The struggle is one of justice and of power. 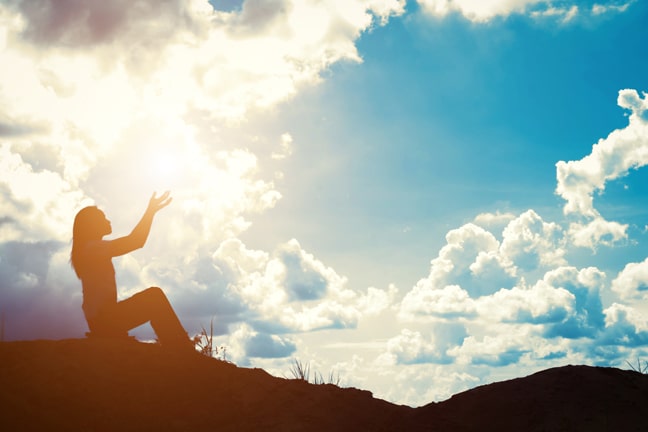 Having purchased and revivified this community of workmen, he takes them into the dawn of human history and reads to them the laws then issued: also the law of dedicated labor. All the talents which the Lord of Creation distributed at dawn must be returned to him in the evening. All the potencies latent in creation must, in conformity to divine law, be brought to light. This is the agenda engraved in the heart of the original man of culture, Adam.

At this point must be introduced a clearer circumscription of the word “culture.” It is a word we find already on the first few pages of Scripture: dress the garden and keep it, have dominion over the earth and replenish it. The Creator is culturally very much concerned. The verb from which the word “culture” is derived is colere, meaning “to cultivate, to take care of.” The farmer who plows his field practices this colere. There is a field—a promise, that is; there is a seed—another promise; and there is a farmer—a promise and a command. As creature of God he has been placed in inescapable solidarity with other creatures of God. This solidarity he must acknowledge by practicing culture both around him and within him. God will have his creation developed and man must be his fellow worker.

In this sense, culture is “the systematic endeavor toward the aggregate of exploitative labor to be successively produced by the sum-total of human beings who have assumed the task of disclosing the potencies lying dormant in creation, as in the course of history these potencies come within reach, of developing them in compliance with the laws of their individual natures, of placing them at the disposal of all, both near and far, in submission to the norms of God’s revealed truth, in order to make the treasures thus acquired serviceable to man as liturgical creature and, subsequently, to place them, together with the now more thoroughly furnished man, at the feet of God, to whom be all praise forevermore. (The monstrous sentence from which this definition is distilled contains the heart of the book and could not well be ignored).

Under the influence of unchristian thinking, religion has been abstracted, at least sharply distinguished, from culture. But from the beginning it was not so. Cultural activity in Paradise was service dedicated to God—or religion. Sin has been the morbid dis- organizer. The advanced guard of the sons of Cain chose culture and dropped religion, and the rear guard of the sons of Seth, sadly enough, accepted this division. What God has joined together let not man or devil put asunder. Distinctions are of God, of Satan are divisions.

At this point the problem of Common Grace comes into view. Schilder rejects the term. His reasons:

1. Restraint is not yet grace. Restraint is characteristic of temporal existence and therefore does not only retard evil-doing, but also well-doing. To justify the term one should also speak of a Common Curse.

The reader will notice that Schilder does not here explain the long- suffering of God toward the wicked, the deferment of judgment of which the book of Jonah affords a vivid example. Throughout, Schilder assumes an ultimate “God’s eye-view” of human history.

Christ, as was said earlier, again produces the true type of manhood. St. Paul who makes tents and preaches Christ is worth more, in terms of genuine culture, than a thousand courtiers at the imperial court. Martin Luther, who has learned once again to be joyful and is now happily married to his beloved Catharine, has in him the power to rejuvenate the groggy culture of Catholicism. Calvin makes plain, both in Strasbourg and Geneva, what it means culturally to be a Christian. An “ordinary,” sound Christian family, or even a single Christian workingman, is an oasis of sanity and health in the wasteland of a diseased and debased society.

There is, of course, much formal similarity between the cultural products of the Christian and those of the non-Christian. The reasons are that (1) both are bound to the same stubborn materials, (2) both are under the restraint imposed by time, and (3) both suffer the retarding effects of sin. But essentially there is a difference: for endeavor implies goal, and the goals of Christians and non-Christians are, and ought to be, widely divergent. The work of neither will ever be completed. The best that can be built up—-the Christian admits it with shame—is a truncated pyramid. Yet only those who were dead and are made alive, and are thoroughly furnished to every good work, can indeed produce it. The only source of true culture is Jesus Christ.

The consequences of this “presumptuous” view are:

1. It is wrong to view culture as if it were all of one piece, as if there were unity of goal. Increasingly Christians are pushed into a corner and all the world becomes a stage for the tragic drama of secularization. The best either Christians or non-Christians can produce is cultural fragments; Christians, because their centers of cultural effort are scattered, and non-Christians, because they have no single design at which to work. To be a sinner is to be a schismatic: to be a saint is to seek community.

2. As a result of these divergent aims, Christians should abhor such formation of collectives, or groups, as takes place without recognition of divine laws and limits.

3. What of abstention from cultural endeavor? Since the cultural mandate comes to all men, such abstention is mere evasion of duty. Abstention for the sake of abstention—that of Pietism, for instance—is sinful. But there is another side to this matter. For although God has many workers in the vineyard of his creation, only a few are willing to work for him. Those few must therefore shoulder an unusually heavy task, namely, that of irrigating the entire vineyard with the gospel. This duty of establishing churches, schools, colleges, and publishing houses prevents them from living on a broad cultural scale. And so, since the task of “irrigation” is theirs alone, there is a voluntary self-imitation which may be heroic.

4. We are not permitted, but commanded, to be culturally active. Any “permission” distilled from the theory of Common Grace misses the point.

5. The church must not be a thinly disguised university but the center from which are announced the promises and the imperatives of the Word. Its influence on culture must be indirect.

6. The follower of Christ must remain in this world, but may not accommodate himself to it.

7. In our theory of culture we must proceed always from the idea of man as Office-bearer. Only the idea of his being commissioned as prophet, priest, and king, can give him the required cultural momentum.

Within the compass of these few pages, Schilder lays foundation for a soundly Reformed view of culture. The book will bear reading and re-reading. As always, the author bristles with ideas both new and old. Except for certain ideas on Common Grace. This reviewer has nothing but enthusiasm for the book.

John Vriend is a pre-seminary student at Calvin College. Son of Dutch immigrant parents living in northwest Canada. Mr. Vriend has consistently shown extraordinary competence and maturity since his coming to Calvin. We are happy to introduce him to Torch and Trumpet readers by way of this thought-provoking book review.