Last month, I wrote this column a piece explaining why I think the unbridled criticism of Promise Keepers I hear from so many quarters of the Reformed world is unwarranted. In short, I argued that we ought to take a balanced and careful approach, testing the produce and the fruit of the movement before opposing it. I wrote that in, my own experience, the fruit produced by the Lord in the lives of the men I know through the Promise Keepers experience is good fruit. That is, they have come back invigorated in their faith, recommitted to the Word and to the worship of God, rededicated to a life of service within the church. Interestingly, despite all the accusations I hear about Promise Keepers being a non-discerning ecumenical movement, thus one that weakens the distinctives of the Reformation, the men I have known find in Promise Keepers a challenge to know their Reformed heritage, with all its theological strength and vigor, much better.

In this column, I want to follow up on this theme, and write to you about cultivating faithfulness and leadership among men in the church. One of the reasons, I believe, that Promise Keepers is such a success is that it takes a no-nonsense approach to holding men accountable to their covenant obligations before the Lord. It’s like being on a high school or college football team: you learn the disciplines required to learn your position, to keep your grades up and to behave according to the standards set by the coaching staff. When my son played high school ball, despite the 3 hours per day of practice, his grades actually improved. Why? Because the coaches and the other players held each other accountable to high standards. (Interesting, isn’t it, that Bill McCartney, the founder of Promise Keepers, was a highly successful college football coach!) Promise Keepers does that with men in regard to their life-commitments to God, to church, to wife and family, to community and world. They establish high standards and build a system of accountability to those standards that holds men accountable to the Word and to each other. And they do it effectively.

I’d like to encourage you, as pastoral elders and deacons within the flock of Christ, to be intentional about cultivating the men in your church family, and holding them accountable, to demonstrating Biblical headship and leadership in their home and families within the church, and in their world. Christ expects nothing less.

Now, before I go any further, I should spend a couple of minutes telling you what I think a Biblical man of God ought to be. Not all are “up front” and visible, loud and strong in their leadership; in fact some are quiet and gentle by disposition and personality. Not all are intellectually keen, men of advanced education, great thoughts and great vision; most are average guys with a job, two kids and a mortgage, and a bit of a pot-belly. But all men of God have a few things in common.

In the first place, they have a servant heart for Christ and others. I’m struck by Jesus’ teaching in Matthew 20:26–27. He makes clear that greatness in His kingdom comes by way of servanthood: “Whoever wants to be great among you must be your servant, and whoever wants to be first must be your slave—just as the Son of Man did not come to be served, but to serve …” You pastoral elders must, therefore, seek to cultivate among the men of God in your care such a spirit of servanthood.

Secondly, the men of God who are! shaped by Biblical vision will have good and godly marriages. Read Eph. 5:21ff carefully, and note what it says about headship within the marriage relationship. In the first place, God doesn’t even. tell men to be heads over their wives! He tells wives that, but not the men. (I’ve always thought the Spirit did that because men don’t need help thinking highly about themselves! They already have a sinful tendency toward arrogance!) What he tells a man is that he ought to love his wife like Christ loved His wife. Clearly, that involves careful listening to her, a tenderness about how he treats her, sensitivity to her needs, both physical and emotional, what I Peter 3:7 calls treating her “with understanding.” Just as clearly, it involves giving spiritual/Biblical direction, seeking her holiness (read Eph. 5:26 carefully!), cultivating her obedience and encouraging her own service to Christ with her own spiritual gifts. You pastoral elders I must, therefore, seek to cultivate among: the men of God in your church the spirit· of Biblical headship. 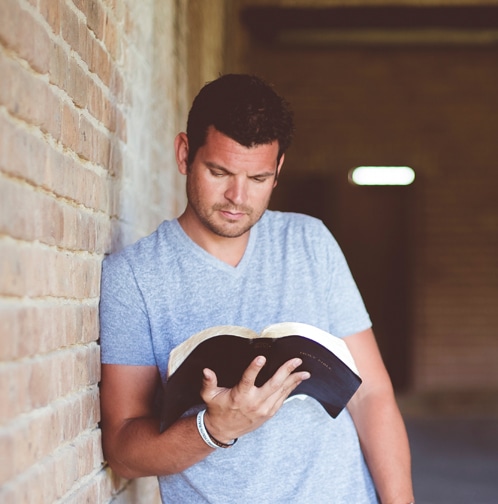 Thlrdly, men of God who are servant-leaders in the Church and Kingdom of Christ love Christ’s wife, the church deeply. In the requirement for office I Tim. 3, a man’s ability to “manage his own family well” is requisite for both the office of elder and deacon. Ever wonder why? Let me put it to you in another way. Would you, if you knew you were about to die and had to designate a care-taker for your family, entrust your precious family to someone whom you knew had proved he couldn’t care for his own? Of course not. Neither will Christ entrust His precious bride to men who can’t take care of their own wives and children! So you, pastoral elders must look for and seek to cultivate men who love the church, warts and all, as the precious bride of Jesus Christ, men who in their lives already show the heart of a pastor, a care-giver.

Finally, men of God who are servant-leaders in the church and kingdom of Christ, know and love God’s Word and its truths. Amazingly, though the prophet cries, “My people are destroyed for lack of knowledge” (Hosea 4:6), many today believe the church can be led and cared for by elders and deacons, or taught by Sunday School teachers, who do not know the doctrines of the faith. Churches elect people to become elders or deacons who are good at chairing meetings, or who have some administrative skill, or “whose turn it is” to serve. Instead, you pastoral elders must look for and seek to cultivate men who love the Word, and who are wise and skilled in its application to their own lives and to the lives of God’s people.

Sense a shortage of such godly men in your church? In almost every church I have have contact with in recent years (and that s a lot, since I lead a lot of seminars for elder and deacon developmental over the country), I have heard the lament that we don’t have enough men qualified in the I Timothy 3 sense. My only response to that is to say, forcefully and quite bluntly, what are you doing about it?

I’m not kidding. If you go to a meeting to nominate elders and deacons and find the frustration of putting people in nomination who really, honestly; are less than qualified according to I Timothy 3, what do you do about it? Do you place men in nomination anyway? Shame on you! Instead, announce to the congregation that men who meet all the Biblical qualifications of I Tim. 3 have not been identified and raised up among the flock, and then repent that you haven’t made such a priority in your ministry? That’s painful, and perhaps shocking, but Biblically righteous.

From the above, I think it transparent that I don’t believe, in our day and age, such men are made by accident. There are some young men who grow up under extraordnarily godly and Wise fathers, and they themselves learn such faith and wisdom from them. But in today’s church, such is rare. More likely the gradual erosion of godly male leadership in the church in recent generations has afflicted your congregation, too. More likely you have generations often who know how to make money; provide physically for their families, but who are not men of the caliber of leadership as defined above. Their wives, if you could get them to be open and honest about it, would cry sad tears while they tell you of their longing for a husband who would be a tender, faithful, sensitive and spiritual leader. I have believed for a long time that the rise of feminism in the church, including the vigor of the argument for women in the pastoral offices, :is due in no small part to the failure of ‘men to be the kind of men of God of .which the Bible speaks. In short, men in •today’s church are paying for their own ;sins of the last couple of generations. ‘Such has been my experience wherever I have observed the church up close. :Most are so disillusioned that they gave ;up hoping for it years ago.

No, men of God with servant-leadership hearts aren’t made by accident. They are cultivated carefully, intentionally, purposefully. And that gets back to you, pastoral elders. You have that job, and it’s a big one. What are you doing about it? If the answer is nothing, then don’t gripe about Promise Keepers. Offer something better! Better yet, build on that movement, harvesting the fruit of the Lord it produces, and cultivating ever greater harvest for the years to come!

For next time: a cirriculim for Leadership Development for the local church.

Dr. Sittema is pastor of the Bethel CRC in Dallas, TX.