The Dilemma of Education

In this short but interesting pamphlet Westminster’s Apologist applies his distinctive philosophical approach to the field of education. He proVides us with an evaluation of certain contending philosophies of education in the light of what he believes to be tho only tenable position from a christian point of view. In so doing he first of all pits the two chief non-christian philosophies against each other. Thus the pragmatism of John Dewey and the idealism of Plato are allowed to confront each other in the educational arena. He briefly indicates how each one is justly able to bring the charge against the other, that it has no real contact between the following mind and the object to be known, that it has no principle of the continuity of experience which alone can make education possible. He also indicates that neither is self-consistent but that both borrow from each other at critical points and therefore arc mutually destructive. This is true since both of them spring from a common root which is the autonomy of human reason.

Van Til chooses pragmatism and idealism because they represent the extremes in philosophic thought. Also any other non-christian philosophy will necessarily spring from the same root and be either a variant form of one of them or else perhaps a combination of the two. Hence the elimination of these two provides for the elimination of all other non-christian thought in the field of education. Hence modern education is in the sad predicament of wanting to teach but without a real goal, a real standard, or a real motive for its teaching. In the light of these basic critiques the educational position of the famous Harvard Report and of such men as Arnold Nash and Henry Van Dusen are briefly examined and shown to be inadequate.

A very pertinent question then presents itself, Does Christian education have an adequate solution for this educational dilemma. No, says Van Til, not unless it is a thoroughly Reformed Christian education, one which is completely committed in its underlying philosophy to the all-controlling character of God’s eternal counsel. Hence neither Romanism, general protestantism or Arminian fundamentalism can provide us with a sound educational philosophy for at the critical points all agree on the preservation of the autonomy of human reason and deny the sovereign control of God over the whole of his creation.

This is not to say that these non-reformed philosophies may not have some Significant suggestions to make in peripheral matters such as pedagogical techniques. That may well be. And yet even here a word of warning needs to be sounded. There will be an inevitable inter-action between philosophical commitment and pedagogical technique. The doctrines of sin and grace involved in commitment to the sovereign rule of God will inevitably be reflected in class room procedure.

Van Til concludes that only Calvinism with its Sovereign Covenant God holding invincible sway over the whole of reality, can be the foundation for a true christian education. Only on such a foundation can the principle of continuity necessary for true education be found. Only in this will education find its true goal—the glory of God, its true standard—the law of God, and its true motivation—the love for God.

The reviewer feels himself o.s being somewhat of an outcast to complain of excessive brevity in a day when everyone else is complaining about excessive length. And yet it is his honest conviction that the chief criticism of this work of Van Til’s is its excessive brevity. The reader who has had little or no previous acquaintance and understanding of Van Til’s philosophical thrust may encounter some difficulty in fully appreciating the devastating character of his critique. Therefore it is the reviewer’s conviction that this excellent little work would have been immeasurably more effective had it been expanded to include some more detailed exposition as to precisely how various conclusions are reached.

The work should be read by all who hold positions of responsibility in the field of education. Our ministers and christian school faculties would profit from a thorough reading and discussion of its contents. 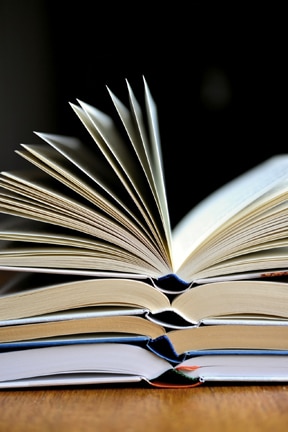