Genesis 46:1–47:12 are a kind of narrative bridge between the lands of Canaan and Egypt for Jacob and his clan.  He and all his family have entered the land of Egypt.  Jacob in fact had an audience with the king of Egypt, Pharaoh himself!  Joseph has done his best to see to it that his family would be adequately cared for, and Pharaoh assures this fam­ily that the best of the land, the re­gion of Goshen, would be reserved for them.  The providence of God is clearly evident in all this since the famine is not yet over.  More lean years lie ahead, but the covenant­keeping God has arranged every­thing for the good of His chosen people.  A new chapter of the ‘good news’ is about to be written, even if it means that darker days are ahead since, in time, a new Pharaoh would arise who would not know or have any memory of the man Jo­seph and all that he did for Egypt.

When Joseph had revealed himself to his brothers, two years of famine had passed.  There were five more years of hunger ahead.  Such a fam­ine could only get worse as available food sources and food reserves start to get depleted in the regions where the famine is hitting the hardest.  Egypt has food stored up because of the gracious revelation of God and the wise leadership of Joseph.  But both Egypt and Canaan are suffering, and it did not get easier for them.  People kept dipping into their cash sources to come up with the means by which they could buy food.  In time, all cash resources would be exhausted as people reached deeper into their pockets to find the wherewithal to obtain food.

Since Joseph could not count on a cash income from these hungry people, he then asks for their live­stock, which they also use to get food.  Here is the first mention of horses, an animal that the Egyp­tians would master and even sell to others.  Solomon later acquired horses from the Egyptians (1 Kings 10:28–29), something that is forbid­den to God’s chosen king (see Deut. 17:14ff.), since the horse was often used as an animal of war and power, whereas Israel’s power and strength were to come from the LORD alone.

Joseph led the Egyptian people through that next famine year.  The word used in verse 17 is reminis­cent of the actions of a shepherd who cared for a flock.  His leader­ship gave stability to the population during this time of economic crisis.

But the famine dragged on, and el­ements that could be bartered for food continued to dwindle.  The Egyptians stood before Joseph with empty pockets.  “The only thing that we have left is our bodies and our land,” they say (verse 18).  The hungry people willingly give up their property and their persons in order to eat.  When actual starvation is staring a person in the face, that person will resort to some desper­ate measures in order to eat.  The Egyptian population sell themselves to Pharaoh; they obtain seed in or­der to keep planting every year in the hope that the coming year will be better than the last one.  In other words, the Egyptians have now become economic serfs, a state of existence somewhere between out­right slavery and freedom.  Desper­ate times call for desperate mea­sures… or do they?

The result of Joseph’s actions in the light of this ongoing famine is that Pharaoh acquires under his control the entire land of Egypt.  Since the government in the person of Joseph had a monopoly on food stuffs—and people have to eat, after all—now this stark reality confronts the Egyptians: you can eat now from the hand of the state, but you have no more (economic) freedom.  The one exception to this plan is the land of the Egyptian priests.  Perhaps the power of Egyptian priests was something that was best left undis­turbed.  The priests were known in Egyptian history to have been sup­ported by Pharaoh through gifts of food (grain) given to the temples. Egyptian temples owned their own land. 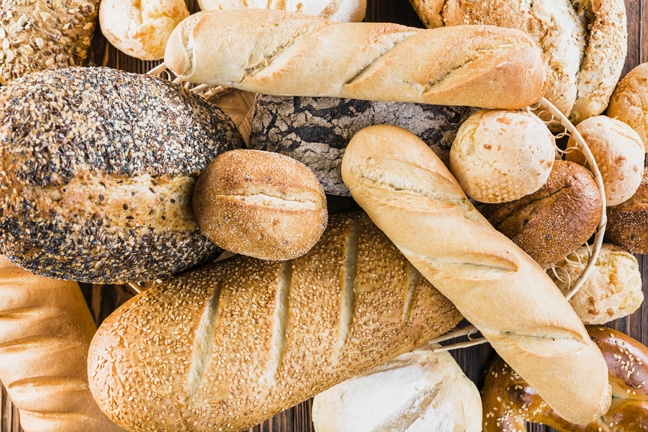 Verse 21 differs in the several En­glish translations, depending on whether they follow the Hebrew text or the Greek Old Testament (Septuagint) text.  The NIV says that Joseph reduced the people to servitude, while the Hebrew text ies.  If the latter is the proper read­ing, it may be for the purpose of moving farmers off national lands, “or to get them to work other na­tional lands, or to bring them to the city to work on national building projects” (Currid, Genesis, 2:357). The cities were where the store­houses of food were.  In any case, either action suggests that fairly significant social disruption oc­curred during this famine, and Jo­seph is the government leader who plays a large role in all this.  We might think of similar social disrup­tions in the last century.  During the “dust bowl” years of the Great De­pression, many Midwesterners moved to California.  Much more tragically, when communists took over Russia and China, many land­owners were removed from their property, many of them killed.  Cri­ses can lead to significant changes in society.

Even in dry years, farmers plant in the hope that things may improve. Joseph knows how long the famine will last, but this does not mean that such insight was common knowl­edge among all the Egyptian people. Some people continued to work the land, and whatever crops did grow, Joseph took 20% as the share of the government; the rest belonged to the people so that the families and households of Egypt could eat.

The people’s response is interest­ing.  The old adage is true: a person does not bite the hand that feeds him.  To Joseph comes the loyalty of the Egyptian people.  “You have saved our lives!” (verse 25).  “Now we belong to Pharaoh.”  Joseph had acquired the Egyptian people and their land for Pharaoh.  two means of (capital) production have now effectively come under the control of the Egyptian state, for better… or for worse.  Gold and grain do not have intrinsic value; their value is whatever people give to it.  What lesson is embedded in these events that God’s people need to learn today?

On the other hand, verse 27 de­scribes Israel’s life in the Goshen region of Egypt.  They obtain property as they continue to live there as resident aliens, and their num­bers continue to increase.  This verse is a kind of literary “oasis” in the sense that the gloom and doom situation that has befallen Egypt is contrasted to the bright prospects that the Israelites experienced in Goshen.  Egyptian land goes to Pharaoh; Israelites acquire property in Goshen.  The Egyptians are des­perate to secure food sources; the Israelites begin to grow in number (i.e., they prosper). This last item is a fulfillment, in part, of what God had repeatedly said to Abraham, Isaac, and Jacob before (e.g., Gen. 12:1-3; 35:11-12).  God was certainly blessing them.  But God’s people, the remain in Egypt.  The reason is not because Egypt is bad land.  Rather, it is not the land of the older cov­enant era, promised by the LORD on oath.  Yet, while they are in Egypt, at this moment in time the God of the covenant is faithful to His prom­ises, and everything that His people need is provided.  God’s primary concern is always for the well-be­ing of His own.  In adopting His children, He will never neglect them, and that is evident also at this moment in redemptive-history, through the ministry of Joseph.

And yet…  Egypt the country and Goshen the district are not the homeland.  This is not the Promised Land, even if this were the years of economic boom and plenty.  God’s Word is decisive here: He had planted in the hearts and minds of Jacob and Joseph as well this truth, that God would establish His own people in a particular place in the world.  When that truth is em­braced by faith, it causes all priori­ties and every plan to be arranged in such a way that moves us toward what that truth entails.  Canaan is the Promised Land, while Egypt is not.  Thus when Jacob’s remaining seventeen years of life come to an end, he makes Joseph swear to him that Jacob’s body would not lie bur­ied in Egypt, but rather that Joseph would see to it that Jacob’s body would be returned to the land that the LORD had promised on oath to give to the children of Abraham. Jacob’s eyes of faith see God’s promises, and therefore even where his dead body lies must be in accord with the promises of God.  “Swear this to me,” says Jacob to Joseph. This Joseph does by placing his hand under his father’s thigh, near the organ of represent his connection to his fam­ily and this solemn obligation to ful­fill his promise.  In this way both Jacob, who wants the oath, and Joseph, who swears the oath, tes­tify to their living faith that directs their entire being to movement to the place that God says is home. Canaan, not Egypt, is the Promised Land.

The same is always true for the people of God today.  We are not our own because we have been bought by the precious blood of Jesus Christ.  Therefore, our only comfort in life but also in death is that we belong to Him.  For Jacob and for Joseph later on, this means that they want the resting place for their bones and body to be in the Promised Land.  Christ rested in the grave for us, but He arose again, and then He moves on to prepare a place for all believers in the new creation.  Because we are raised with Christ, we too direct our lives, thoughts and actions, toward that great reality (see Col. 3:1ff.). Our lives belong to Christ here and now, in every area of life, but our citizenship is in heaven (Phil. 3:20a).

Lesson 17: Points to ponder and discuss

1.“His mercies are new every morning; great is Thy faithfulness!” How was this true for the children of Israel during these famine years?

2. How has the grace of God changed and matured the man Judah? Contrast him in his earlier years, as we meet him in the text of Scripture, to that point where the family of Jacob settles in Goshen in the land of Egypt.

3. Children are dependent upon their parents for food, clothing, and protection—the basic necessities of life.  Young children are, of course, immature.  As we mature and grow up, we become increasingly responsible for providing those things for ourselves. What is the role of the community (church? state? family and friends?) when we experience genuine needs and shortfalls?

4. Are Joseph’s actions of centralizing (economic) power under Pharaoh (the ‘state’) something for that time only, or is this a model (example) for all times?

5. What does this passage remind us of regarding trusting in riches (in money, in property, etc.)?  Can we look to the state to supply all our needs?  What did our Lord Jesus say in Matthew 6 about our anxiety concerning food and clothing?

6. In Genesis 15:13–14, God had told Abram that his descendants would be afflicted in a foreign land for 400 years, that is, they would be slaves in Egypt.  Do Joseph’s actions here set things up that help contribute to the Pharaoh’s later abuse of the Israelites?  What happens when power is centralized and rulers love to have that power?